Following much speculation, former Vice President Joe Biden has impactfully jumped into the Presidential race. Unlike some of Joe Biden’s fellow candidates, the former Vice President brings with him a storied political career available for unpacking by political commentators, going back even before 1997 when then-Senator Biden became ranking member on the Senate Foreign Relations Committee. Naturally, as Vice President during the Obama Administration, VP Biden gained even wider name recognition – and despite the assumptions of the powerlessness of the Vice Presidency – made his mark within the administration’s overall strategy toward the Gulf region. As with all candidates, Biden’s career has witnessed an evolution on key issues, with many being related to foreign policy. Still, given the Democratic party’s overall leftward shift, progressives may seek to level criticisms at Biden for his previously hawkish positions related to Iraq and counterterrorism. Given the strength of this wing within the Democratic party, it is possible that progressive trends will temper the Gulf-policy of a potential Biden administration, a development that will certainly influence how Biden approaches prominent Gulf issues related to the war in Yemen, the U.S.-Saudi Relationship, and the Iran Nuclear Agreement, at least as it pertains to the campaign. However, should Biden enter the Presidency unencumbered, Biden’s past positions show that the progressive wing of the party should not be too shocked should Biden attempt to enact policies that speak to his more hawkish tendencies. 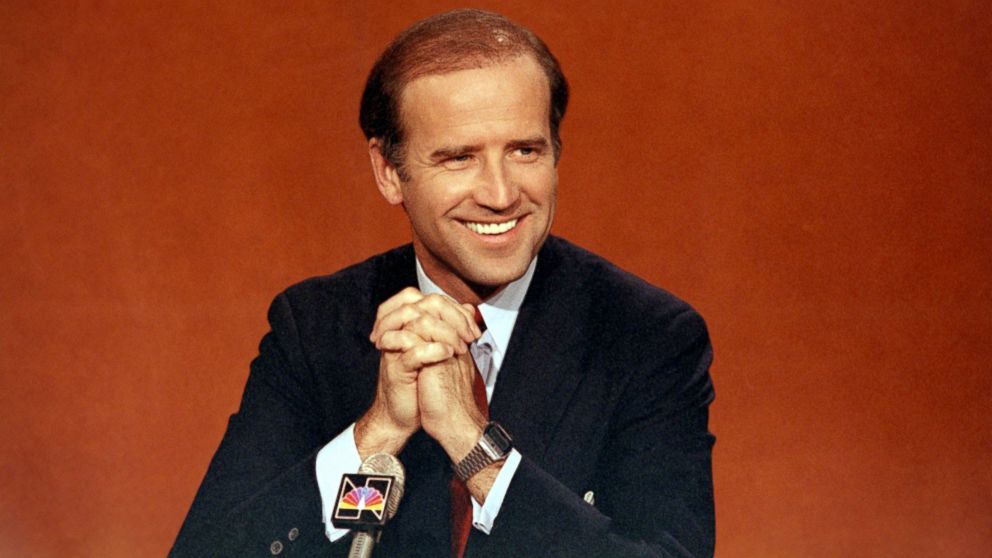 Perhaps Senator Biden’s first consequential Gulf-related foreign policy decision came in 1991 when he voted against giving President George H.W Bush authority to liberate Kuwait from Saddam Hussein’s army. In explaining his ‘nay’ Biden referred to the international coalition as one that has, “allowed [the US] to take on 95 percent of the sacrifice across the board.”[1] Ten years later when the U.S. was once-again considering military action in the region, Senator Biden voted ‘yay’ on an equally significant measure giving President George W. Bush permission to invade Iraq. Yet like many of his Democratic counterparts, by 2005 Biden expressed regret at the decision saying, “It was a mistake. It was a mistake to assume the president would use the authority we gave him properly…We went too soon. We went without sufficient force, and we went without a plan.”[2]

Given Biden’s regret on the vote, Iraq became a central issue for the Senator as he once again mounted a campaign for the Democratic Presidential nomination in 2008. In the lead up to his campaign, Biden penned a detailed five-point plan on Iraq, the most notable aspect of which was his idea to divide Iraq into three mostly autonomous regions for the Kurds, Shi’as and Sunnis. As written by Biden, “The Kurdish, Sunni and Shiite regions would each be responsible for their own domestic laws, administration and internal security. The central government would control border defense, foreign affairs and oil revenues. Baghdad would become a federal zone, while densely populated areas of mixed populations would receive both multisectarian and international police protection.” [3] According to Leslie Gelb, the plan’s co-author, the idea was a “flop,” when it was first rolled-out due to a perception that it would fracture Iraq.[4] However as the United States withdrew and Iraq divided itself along sectarian lines, often violently, some commented, “[Biden’s] judgement on Iraq’s capacity to stay united now looks almost prescient.”[5] Once-again Joe Biden failed to clinch the Democratic nomination, however his  being selected as President Obama’s running-mate secured space for his foreign policy vision within the incoming administration. 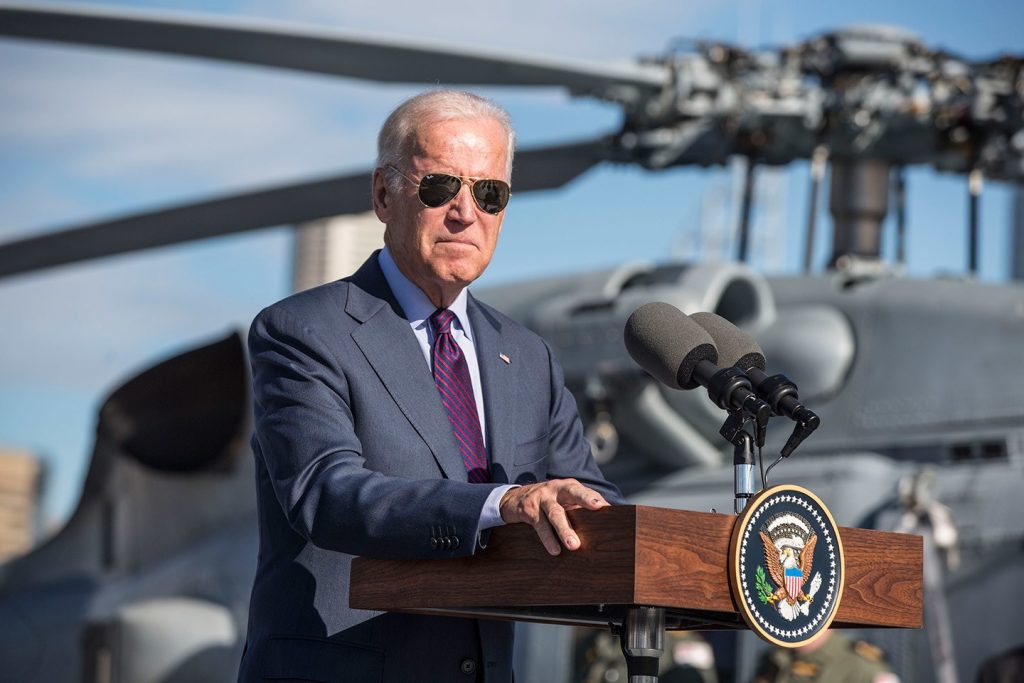 Inheriting two ongoing wars from the previous administration (which was also distracted by a domestic financial crisis), President Obama devolved significant foreign policy influence to Biden, whose counterterrorism strategy in Afghanistan went on to inform many aspects of President Obama’s responses to conflict in Iraq, Yemen and the greater Gulf. Pessimistic toward America’s ability to “rebuild” Afghanistan, Biden coined the “counter-terrorism plus” strategy that was typified by a “drone-dominated campaign from the air.”[6] Consequently, as the Arab Spring brought chaos to Yemen, it has been argued that, “[Biden’s] formula – avoid costly meddling on the ground; kill terrorists from the air – has become a template for Obama’s approach to the entire Arab World.”[7] The use of drones in Yemen and Iraq to target ISIS and Al-Qaeda militants has not been without controversy, and although the choice of this strategy ultimately fell to the President, the origin of this strategy can arguably be linked to Vice President Biden.

With the onset of the Arab Spring, arguments have also been put forth that in addition to the use of drones in Yemen, President Obama’s muted response to reports of human rights abuses in Bahrain was also influenced by Vice President Biden. In June of 2011 Biden met with the Bahraini Crown Prince and “reaffirmed the United States’ commitment to our longstanding partnership with Bahrain, to supporting a national dialogue that addresses the aspirations of all Bahrainis, and to ensuring that universal rights are respected and those responsible for abusing them are held accountable.”[8] Despite this language that appears mostly supportive of the Bahraini monarchy, by 2016 Biden grew much more critical of the situation on the island, expressing “strong concerns” that the violence could threaten the US-Bahrain relationship.[9]

The Joint Comprehensive Plan of Action (JCPOA) stands as another Gulf-milestone of the Obama Administration, and although Biden was not a main player in the negotiations, he went after the deal’s detractors with zeal. When Senator Tom Cotton (R-AK) and numerous Republican colleagues wrote an open letter to Iranian officials decrying the President’s authority to authorize the treaty, Joe Biden responded furiously telling Cotton, “The decision to undercut our President and circumvent our constitutional system offends me as a matter of principal.”[10] Based on this reaction, and Biden’s interests in securing a positive legacy for the Obama administration, it is likely that Biden would work to resuscitate the former President’s agreement with Iran. Still, given that the Obama administration’s overtures to Iran were viewed as a sore-spot for U.S. – GCC relations, it is possible that the majority of Arab Gulf rulers view Biden’s symbolic extension of the Obama era as an unwelcome development for U.S. foreign policy.

As Biden’s term came to an end (and as Hillary Clinton’s loss ensured that a window still remained for Biden to make a third presidential attempt), the former Vice President revved into campaign mode and remained deeply critical of President Trump’s withdraw from the JCPOA, as well as his handling of the Khashoggi murder. As per usual, Biden did not mince words saying of Trump’s response, “What is going on here? Its embarrassing. But it’s also dangerous…They’re undermining our worldwide reputation for decency.”[11] Later, as President Trump continued to defend the Saudi leadership, Biden counted it as additional evidence of Trump’s “love affair with autocrats.”[12] Although the Obama administration had a relatively close relationship with the Saudi leadership, Biden’s criticism of the Kingdom’s policies is evidence of how the democratic party’s leftward lurch is perhaps influencing Biden’s Gulf policy. While Biden was on the scene when the Obama Administration first extended assistance to the Saudi-led Arab coalition in Yemen, the disgust following the murder of Jamal Khashoggi has changed the political winds, and given Biden’s comments it appears he would be more willing than Trump to allow Congress to pursue some kind of reprimanding. Conversely, given Biden’s more hawkish past, it is unclear whether this reprimanding would see him following Congressional pressure to stop U.S support in the Yemen conflict. Still, despite having decried the humanitarian suffering of the Yemeni people, Biden has evidenced little as to how he would address the actual geopolitical circumstances surrounding the war.

Former Secretary of Defense Robert Gates famously wrote in his memoir that Joe Biden has been incorrect on “nearly every major foreign policy or national security issue of the past four decades.”[13] Supporters of Gates’ statement may point to Biden’s “nay” on the Gulf War, and “yay” on the Iraq War as their primary evidence. However, given that Iraq ultimately did arguably disintegrate into the three autonomous regions Biden’s 2008 proposal had originally planned for, it is worth revisiting the former Vice President’s foreign-policy chops. Perhaps had Biden’s plan been implemented, Iraq could have been formalized into autonomous zones based on sect in an organized fashion that avoided the violence and helter-skelter dissolution of Iraq that has occurred since the fall of Saddam. During the race Biden will certainly face questions for his past actions related to Iraq, a similar ghost that haunted Hillary Clinton in both her Presidential bids. Given the current political climate, if Biden wants to become the nominee these past positions will have to be reconciled with the newer progressive elements in the Democratic party, likely resulting in campaign policy positions that demonstrate a values-based approach to Gulf foreign policy, typified by harsh criticism of Saudi actions, and dovishness on U.S. posturing toward Iran. However, given the indicators made available to the public through Biden’s past positions, votes and statements, it is a fair assumption that Biden has a more “traditionalist” outlook when it comes to foreign policy, that prioritizes pragmatism over the values-based, non-interventionist approach recently pushed by progressives.