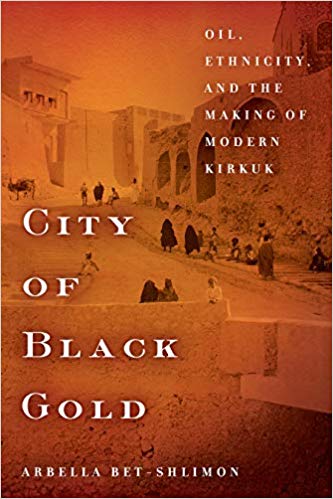 Kirkuk is Iraq’s most multilingual city, for millennia home to a diverse population. It was also where, in 1927, a foreign company first struck oil in Iraq. Over the following decades, Kirkuk became the heart of Iraq’s booming petroleum industry. City of Black Gold tells a story of oil, urbanization, and colonialism in Kirkuk—and how these factors shaped the identities of Kirkuk’s citizens, forming the foundation of an ethnic conflict. Arbella Bet-Shlimon reconstructs the twentieth-century history of Kirkuk to question the assumptions about the past underpinning today’s ethnic divisions. In the early 1920s, when the Iraqi state was formed under British administration, group identities in Kirkuk were fluid. But as the oil industry fostered colonial power and Baghdad’s influence over Kirkuk, intercommunal violence and competing claims to the city’s history took hold. The ethnicities of Kurds, Turkmens, and Arabs in Kirkuk were formed throughout a century of urban development, interactions between communities, and political mobilization. Ultimately, this book shows how contentious politics in disputed areas are not primordial traits of those regions, but are a modern phenomenon tightly bound to the society and economics of urban life.