The repercussions of the Trump administration’s decision to withdraw from the JCPOA and re-impose economic and trade sanctions on Iran have resulted in a new threat to energy market security. Last week several Iranian officials threatened to close the Strait of Hormuz in response to the U.S. sending State Department delegations to Iranian oil-buyers, warning them of the sanctions for dealing with Iran, part of an overall effort to reduce Iranian oil exports. The threat was made straight and blunt by a hardline member of parliament, followed by President Rouhani who responded amidst a visit to Europe. Later, the head of Iran’s IRGC Quds Brigade, Lieutenant General Qassim Soleimani, sent a message to Rouhani hailing his threat and reiterated the readiness of his forces to execute, a rare show of unity between reformist President Rouhani, and the hardliner General Soleimani.[1] However, despite this bloviating, the implications of such military action would be catastrophic for the security of the Gulf region, the regional economy, and global oil prices. 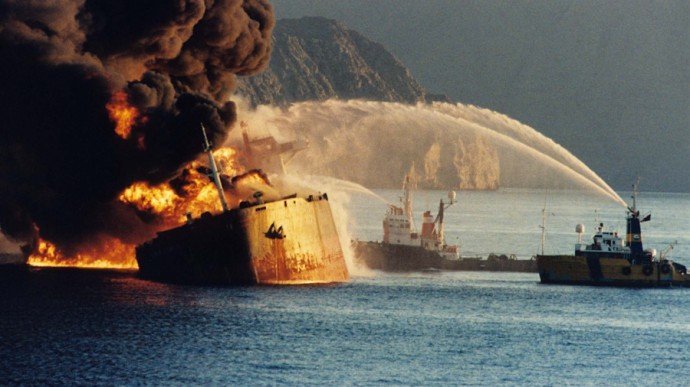 According to the U.S. Energy Information Administration, in 2016, 18.5 million oil barrels per day (bpd) passed through the Strait of Hurmuz, a number constituting 30% of seaborne-traded crude oil, making the waterway the most used passage for oil transport.[2] At the same time, the recent Iranian threat is not something new considering Iran and Iraq carried out hundreds of attacks on each other’s oil tankers near the Strait of Hurmuz during the Iran-Iraq war in the 1980s,[3] (later dubbed the Tanker War). These attacks resulted in a rise in global oil price, coming right after a previous 1979 oil-shock. Together, these back-to-back shocks caused further instability in oil markets and the global economy.  Prior to Rouhani, former Iranian president Hashemi Rafsanjani made the same threat, indicating that Iran was not afraid to use its access to the crucial waterway for economic or militarily gains. So, the threat is real, and under specific circumstance where Iran’s oil exports are hindered from passing through the strait, the Iranians might retaliate.

The near-complete reliance on maritime routes for oil shipments by the Gulf states (GCC countries plus Iran and Iraq) makes the Persian Gulf a lifeline for their oil exports, with the Strait of Hormuz being the only access to the outside world. While Iran, Iraq, Kuwait, Qatar, and Bahrain remain completely reliant on shipments passing through Hormuz, Saudi Arabia and the UAE have developed partial solutions via pipelines and alternative ports, (Saudi Arabia via Yanbu port on the Red Sea and UAE via Alfoujaira port on the Gulf of Oman). 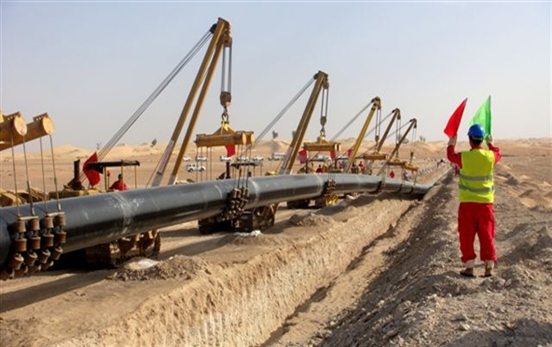 In 2012, the UAE opened the Habshan-Foujairah pipeline, a project that transports 1.5 million bpd of oil to the UAE’s only port on Gulf of Oman’s coast[4], almost half of the UAE’s daily production. However, only 30% of the pipeline’s capacity is operational. Additionally, the pipeline’s limited capacity is not suitable for it to become a regional project used to secure a non-Hormuz route for use by all Gulf states.  The full capacity of the pipeline does not even cover the entirety of the UAE’s oil production.

Similarly, Saudi Arabia’s 10.5 million bpd production remains entirely reliant on the Hormuz Strait. While the full capacity of Saudi Arabia’s alternative pipeline exports is set at 60% of its production (6.6 bpd), in reality, only 20% of Saudi oil production is exported through the Petroline pipeline via the Yanbu port on the Red Sea.[5]

In addition to oil trade, all Gulf states (sans Oman which has a large Indian Ocean coastline), are reliant on the strait for non-oil shipments. Arab Gulf states economies are facing financial difficulties related to spiking defense spending and low reserves resulting from the drop in oil prices that occurred between 2014 and the beginning of 2018. Any interruption in the flow of goods through the Persian Gulf will result in a change of trade routes and an increased reliance on land ways through Jordan and Turkey which will sharply increase costs and worsen their economic hardships that result from an interruption of oil shipments.

As energy experts expect to see oil price reaching $250 pb, if Iran carried out its threats and closed the strait in the face of oil tankers, the question is not if, but what retaliations can be expected? In the 1980s, Rafsanjani said that Iran does not need to carry out a large-scale military operation or even use its naval force to close the strait, rather it can use its artillery to close the international waterway.[6] However, if the IRGC believe they are capable of closing the strait, they must expect severe retaliation scenarios.  First, having recently reiterated its commitment to secure oil trade routes by keeping the strait open, a military response by the US is a foregone conclusion.  This strike would be quick, as the US has naval and air force bases located on the Persian Gulf in Bahrain and Qatar. Second, Iran’s allies, the industrial giants of India and China, will be the most impacted by the skyrocketing oil prices and therefore would also be likely to intervene against Iran to reopen the strait and secure oil routes. Not mentioned in either of these scenarios is a possible international cover for a military operation to secure oil shipments in the Gulf.