In late September 2018, Delaware government authorities finalized a deal whereby Gulftainer, a global port operator based in Sharjah, United Arab Emirates (UAE), had been granted a lease to operate Delaware’s Port of Wilmington for 50 years. Gulftainer’s selection comes with the expectation that the company will institute $584 million worth of upgrades to the port’s existing infrastructure. After being announced in early April, the deal was approved by both chambers of the Delaware General Assembly and was signed into law by Governor John Carney this past September with resounding bipartisan support. Contrasting with the widespread benefits for Delaware are the concerns from workers, officials, and operators of the Port of Philadelphia, anxious that this latest move will sharply increase competition between the two ports. While interests on these opposing sides of the Twelve Mile Circle may view the leasing agreement through vastly different lenses, what unites these two parties is how the rhetoric surrounding the Gulftainer deal differs starkly from the rhetoric that ultimately stopped the Dubai-based company DP Ports World from finalizing similar port-operations agreements in 2006. While the DP World Controversy may be remembered as a mere-footnote in the history of US-UAE relations, twelve years ago the company’s imminent replacement of Peninsular and Oriental Steam Navigation Company (a British-ports operator) as the manager of six seaports in the United States became a major national security controversy, ultimately being withdrawn after it became obvious that then-President George W. Bush would lose in a showdown with Congress. While policymakers from Pennsylvania and Delaware will understandably diverge in how they view this agreement, what is certain is that the economic frames of reference within which this debate is occurring evidences how attitudes toward the Gulf are no longer being informed via the understandable collective American paranoia that occurred in the years immediately following events of September 11, 2001. 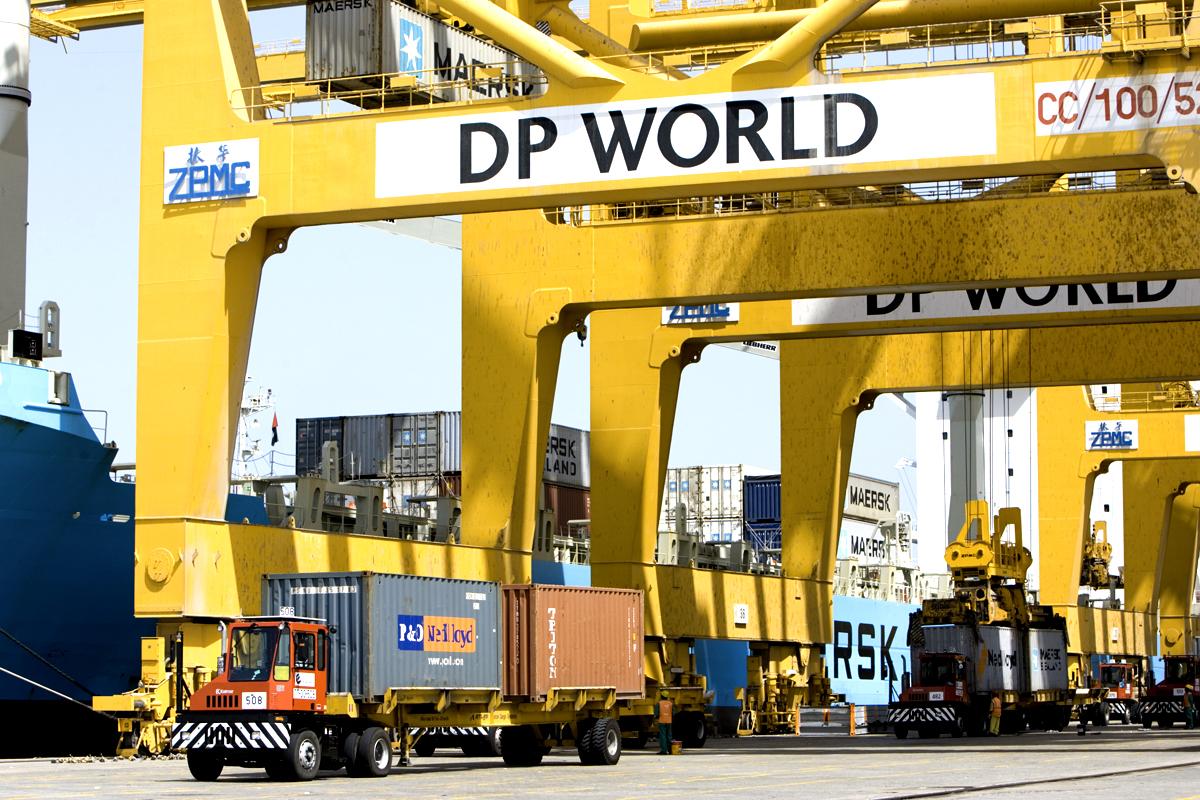 While much of the Gulftainer deal was led, negotiated and approved by state-officials in Delaware, as a UAE-based company the contract had to be approved by the Committee on Foreign Investment in the United States (CFIUS), a joint group comprised of members of the US Departments of Treasury, State, Defense, Commerce and Homeland Security. For the small crowd of Americans who track the nature of these deals, that acronym may sound familiar, as the same committee also approved the DP World takeover of several US ports in 2006, however, such a decision received a much different reaction. In early 2006, upon news that DP World shareholders approved the deal Senator Chuck Schumer (D-NY) declared, “Foreign control of our ports, which are vital to homeland security, is a risky proposition. Riskier yet is that we are turning it over to a country that has been linked to terrorism previously.”[1] Never mind that the ports in question had previously been operated by a British (read: foreign control) company, Senator Schumer’s comments are a not-so-subtle reference to the fact that two of the 9/11 hijackers were Emiratis. As written by scholar Dania Khatib, “[Senator Schumer] was able to manipulate the masses and to play on their fear of terrorism by signaling that two of the hijackers were Emiratis. He was able to create a grassroots base to oppose the deal.”[2] While Schumer’s statements were allusions to a mere reality, other public officials soon began discussing the deal in more moralistic terms. Then Senator Frank Lautenberg (D-NJ) said, “We wouldn’t transfer the title to the devil, and we’re not going to transfer it to Dubai.”[3] Also emphasizing that her reservations to the deal were largely informed by virtue of Dubai being an Arab emirate then-Congresswoman Sue Myrick (R-NC09) declared, “Dear Mr. President: In regards to selling American ports to the United Arab Emirates, not just NO, but HELL NO.”[4] Its hard to blame the legislature, especially the Democrats, for making the DP World acquisition a linchpin issue especially given that the controversy proved effective in rallying support against the President in a midterm election year.

Despite the bipartisan opposition to the transfer, the Bush administration held firm in its support for the deal, with Treasury Secretary John Snow saying, The implications of failing to approve this would be to tell the world that investments in the United States from certain parts of the world aren’t welcome…That sends a terrible message.”[5] Ultimately however, President Bush worked out a way for DP World, (not the USA) to formally back out of the deal as a way to save face amidst what would certainly have been a losing showdown with congress. Of DP World’s reversal, a Senior Dubai official said, “A political decision was taken to ask DP World to try and defuse the situation. We have to help our friends.”[6] And with that, Dubai Port World’s acquisition of operations authority over several US ports never came to fruition, without many of Senator Schumer’s original complaints being addressed as written by New York Times author David E. Sanger, “The outcome did nothing to resolve the underlying issue exposed by an uproar that has consumed the capital for weeks. A vast majority of containers that flow daily into the United States remain uninspected and vulnerable to security gaps at many points.”[7]

For decades, jobs at the Port have helped stabilize Delaware families and the communities where they live. I was proud to help make our partnership with Gulftainer official today, and I want to thank members of the General Assembly, the Diamond State Port Corporation, Gulftainer, the International Longshoremen’s Association, and all of our partners who have helped make this agreement a reality.[8]

In the words of Delaware’s governor, what was once characterized as putting the United States at risk to the supposed chaos that would flow from the UAE, is now being characterized as a deal that will bring stability to the state’s economy. While Delaware’s three elected officials in Washington have been rather mum on the deal itself, two of them have appeared alongside Gulftainer USA CEO Eric Casey. Senator Tom Carper (D-DE) and Congresswoman Lisa Blunt Rochester (D-DE01) appeared with Casey at an event at the Port of Wilmington in order to celebrate a recently passed Water Infrastructure Bill.[9] Of the Delawarean delegation, only Senator Carper was in the legislature at the time of the DP World Controversy and was not all that vocal in terms of the deal. In a public message to constituents released at the time he did voice concerns while still admitting, “Granted, the United Arab Emirates is an ally of the United States.”[10]

This is not to say that Gulftainer deal has not had its critics, however it is a fair statement to say that these critics have been sequestered out of mainstream political thought. Frank Gaffney of the Center for Security Policy, (An organization marked by the Southern Poverty Law Center as “A conspiracy-oriented mouthpiece for the growing anti-Muslim movement in the United States”) tried to build up fear surrounding the Gulftainer deal, promoting unsubstantiated claims that that the company is in part owned by the family of Saddam Hussein’s nuclear bomb-maker.[11][12] And in contrast to the cacophony of prominent legislators who voiced concerned over the DP World deal, the Gulftainer acquisition appears to have gotten the attention of only one congressperson: Representative Duncan Hunter (R-CA50), who called on President Trump to block the deal.[13] Perhaps you recognize Congressman Hunter’s name from this past summer when he and his wife were indicted on charges of using campaign funds for personal use, or more recently for his having called his half-Palestinian re-election opponent a “security risk,” and an “Islamist.”[14][15]

Interestingly enough, such a shift in the rhetoric in how UAE acquisitions of American ports have been discussed has not been accompanied by any significant shift in how American voters and citizens perceive the United Arab Emirates. In fact, the most recent available polling, (which has not been published since 2013) shows that Americans tend to view the UAE in a negative light, with a poll done by the Arab America Institute showing that US citizens only have a 19% positive approval rating of this nominal American ally.[16] Additionally the poll also found that Americans who have no knowledge of the UAE (which was a staggering 43% of respondents) would still characterize the UAE negatively in spite of their lack of knowledge on the subject.[17] From this result we learn two insights. First, Americans’ willingness to consider the UAE negatively even if they admit to knowing nothing about the country shows that the public image of the Emirates remains at a disadvantage due to the negative attitudes about Arabs and Middle Easterners that circulate amongst the American populace. Secondly, the large amount of Americans that know nothing about the Emirates means that the cues relayed to them by their elected officials become all the more significant as the public weighs acquisitions and foreign investments by the likes of DP World and Gulftainer. Therefore, it is incumbent on our elected officials to have debates concerning these acquisitions without appealing to negative attitudes. The rhetoric surrounding Gulftainer indicates a positive start.