The election of Joe Biden has revived hopes of a fairly quick de-escalation between Tehran and Washington. Biden’s newly appointed foreign policy staff made it clear that his administration will rejoin the JCPOA. President Rouhani reciprocated following this announcement by pledging an Iranian return to the JCPOA commitments within hours of a U.S. return to the deal. Yet, any American decision to rejoin the JCPOA faces time constraints. The term of Iran’s relatively moderate president’s term ends in the summer. Most pundits expect a more hardline conservative to replace Rouhani and speculate that such a conservative will probably be less enthusiastic to fully rejoin the deal. Therefore, the world is waiting for Biden to make the first step once he moves to the White House.

While a quick return seems doable, many other voices are calling on Biden to take advantage of Tehran’s need to lift sanctions to address other concerns for the U.S. partners in the Middle East, namely the ballistic missiles program and Tehran’s regional policies. To others, this appears to be nothing less than a call to continue Trump’s “maximum pressure” policy albeit with fewer demands. How will the incoming Biden Administration handle Iran in the next six months with respect to the U.S. foreign policy towards Iran, starting with rejoining the JCPOA? Can it devise a policy that would be sustainable through an incoming conservative administration in Iran? Will the concerns of some GCC states and Israel be part of Biden’s policy? Why would Iran be interested to renegotiate in six months a deal that took the international community years to make? Can Israel, the outgoing Trump administration, or other parties take actions to preclude a quick return to the JCPOA? 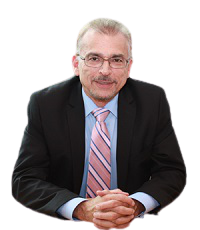 Executive Director of the Center for Strategic & Diplomatic Studies and Professor of Politics, University of South Florida

Dr. Milani served as a department chairman at that University from 1998 to 2012. He has served as a fellow at Harvard, Oxford, and Foscari University (Italy). Professor Milani has authored more than 60 publications, including many in top peer-reviewed academic journals and popular journals. His book, The Making of Iran’s Islamic Revolution, has been used as required reading in many universities in the U.S., Europe, Japan, Canada, and Iran. His recent publications include “Iran’s Strategy in the Syrian Civil War” (The Washington Quarterly, Fall 2013), and the following pieces in Foreign Affairs: “What If at First Rouhani Doesn’t Succeed,” “Rouhani’s Foreign Policy,” “The Ayatollah’s Game Plan,” “Meet Me in Baghdad,” “Iran’s US Policy,” and “Iran and Saudi Arabia Square Off.” He has written about Iran’s policy toward Afghanistan (The Middle East Journal), Iran’s policy toward Iraq (a book chapter by the U.S. Institute of Peace) and “The rise and fall — and possible rise again — of Ali Akbar Hashemi Rafsanjani,” The Atlantic. 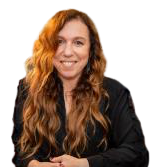 In addition to her position as the Director of the Alliance Center for Iranian Studies (ACIS), Dr. Liora Hendelan-Baavur is a senior faculty member at the Lester and Sally Faculty of Humanities at Tel Aviv University. She is the author of Creating the Modern Iranian Woman: Popular Culture between Two Revolution by Cambridge University Press, 2019; editor of the volume Iran Then and Now: Society, Religion and Politics, 2017 and with David Menashri co-editor of Iran Anatomy of Revolution, 2009. 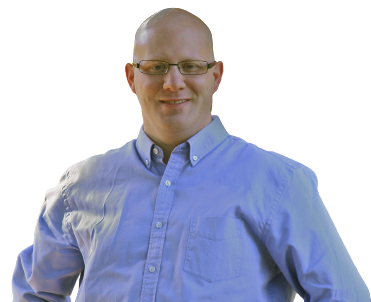 Associate Fellow at SAIS-Johns Hopkins University and a Professor of Political Science at the American University of Iraq, Baghdad (AUIB)

Dr. Wolf has served as a foreign policy advisor to three U.S. presidential campaigns as well as a Congressional staffer. He has written extensively on Middle East security issues and his work has appeared in International Security, Survival, Polity, Middle East Policy, Comparative Strategy, Journal of Applied History as well as Foreign Policy, The Washington Post, Sada Journal, Middle East Institute, The Atlantic Council, Royal United Service Institute, The Hill, Roll Call, Newsweek, U.S. News and World Report, Haaretz and several others. He held a post-doctoral fellowship at the Hebrew University of Jerusalem and subsequently worked and conducted research in Azerbaijan, Afghanistan, and Iraq.