Armies of Arabia is the first comprehensive analysis of the Gulf monarchies’ armed forces, including their political, social, and economic characteristics, foreign relations, and battleground performance.

The Arabian Peninsula is among the most strategically and economically important areas in the world, but its militaries remain terra incognita. In Armies of Arabia – the first book to comprehensively analyze the Gulf monarchies’ armed forces – Zoltan Barany explains their notorious ineffectiveness with a combination of political-structural and sociocultural factors.

Drawing on over 150 interviews and meticulous multidisciplinary research, Barany paints a fascinating portrait of Arabia’s armies from Ibn Saud’s Ikhwan to the present. He explores the methods ruling families employ to ensure their armies’ loyalty, examines the backgrounds and career trajectories of soldiers and officers, and explains the monarchies’ reliance on mercenaries and the enduring importance of tribal networks. Even though no other world region spends more on security, Arabia’s armies remain ineffective because of an absence of meritocracy, the domination of personal connections over institutional norms, insipid leadership, a casual work ethic, and training that lacks intensity, frequency, and up-to-date scenarios. Massive weapons acquisitions are primarily pay-offs to the US for protecting them and have resulted in bloated and inappropriate arsenals and large-scale corruption. Barany explains why the Gulf Cooperation Council has been a squandered opportunity and examines the kingdoms’ military relationships with the Arab world and beyond. The performance of the Saudi-led coalition’s disastrous war in Yemen starkly illustrates the Gulf armies’ humiliating combat record. The book concludes with thoughts on waste (of human potential, resources, institutions) as a dominant theme of Gulf military affairs, considers likely changes in response to long-term weakening demand for oil, and suggests ways in which the armies’ effectiveness could be raised.

Chock-full of insights and stories from the field and written with a general audience in mind, Armies of Arabia will be essential reading for anyone interested in military affairs and Middle Eastern politics, society, and international relations. 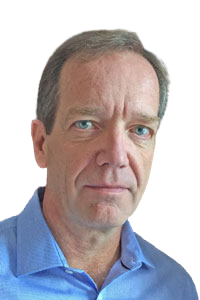 Frank C. Erwin, Jr. Centennial Professor of Government, the University of Texas; Senior Associate (non-resident) of the Arleigh A. Burke Chair in Strategy, Center for Strategic and International Studies (CSIS) in Washington, DC.

Throughout his career, his research and writing have focused on military politics, military sociology, and democratization globally. His recent books include How Armies Respond to Revolutions and Why (Princeton, 2016), The Soldier and the Changing State: Building Democratic Armies in Africa, Asia, Europe, and the Americas (Princeton, 2012), and, as co-editor, Is Democracy Exportable? (Cambridge, 2009) – all of which have been translated into Arabic.

During the final years of the Cold War Barany worked for the U.S. Army in Europe, CBC Radio Canada International in Ottawa, and was a senior researcher at Radio Free Europe/Radio Liberty in Munich, West Germany.  He has been a National Fellow and the Susan Louise Dyer Peace Fellow of the Hoover Institution at Stanford University and has held visiting appointments at the University of Oxford, the University of Edinburgh, and at the East-West Center in Honolulu.  His research has been supported by the Ford Foundation, IREX, NATO, the Social Sciences and Humanities Research Council of Canada, as well as several U.S. federal agencies.   Barany is a summa cum laude graduate of Carleton University (1986) and earned a Ph.D. in Foreign Affairs from the University of Virginia (1991) where he was a President’s Fellow and a Woodrow Wilson Fellow.  In 2007 he was elected a Life Member of the Council on Foreign Relations (New York).