This book explores the phenomenon of political Islam in the Gulf region. Existing scholarship on this topic is mostly dedicated to the varied religious groups’ position on violence and democracy. This book expands on the topic and investigates the complexities of the relationship of individuals to religion, the state, and societies, and the organization of their lives and spiritual affairs in the Middle East with particular emphasis on the unique environment of the Gulf.
Given the importance of the political Islamic context to the politics, regional interventions, economics, and society of the Gulf states, this book will be an essential tool in giving, policy makers, practitioners, and the larger public a detailed view of a complicated but essential topic.

Dr. Abdullah Baabood has taught at different universities and institutions throughout Europe. His teaching and research interests are focused on international relations and international political economy, especially as it relates to globalization and regionalism. His area of focus is on the states of the Gulf Cooperation Council (GCC), including their economic, social, and political development, as well as their external relations. Previously Dr. Baabood was a visiting professor at the Middle East Institute of the National University of Singapore. He also held the position of the Director of the Gulf Studies Center at Qatar University and the Director of the Gulf Research Center at the University of Cambridge. Baabood has published widely and is frequently invited to speak at international conferences and seminars, and in the media. He obtained his Ph.D. from the University of Cambridge in 2004. 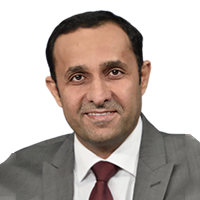 Director of MENA Center in Washington D.C. Previously, he served as Editor-in-Chief of The Peninsula, Qatar’s leading English language daily newspaper. Al-Jaber is a scholar of Arab and Gulf Studies and his research focuses on political science, public diplomacy, international communications, and international relations. He has published scholarly works in several books and academic journals. Dr. Al-Jaber obtained his Ph.D. from the UK and MA from the USA. He also holds a Postgraduate Diploma from Fordham University, Stanford University, and Georgetown University.

Kristian Coates Ulrichsen, Ph.D., is a Baker Institute fellow for the Middle East. Working across the disciplines of political science, international relations, and international political economy, his research examines the changing position of Persian Gulf states in the global order, as well as the emergence of longer-term, nonmilitary challenges to regional security. Previously, he worked as a senior Gulf analyst at the Gulf Center for Strategic Studies between 2006 and 2008 and as co-director of the Kuwait Program on Development, Governance and Globalization in the Gulf States at the London School of Economics (LSE) from 2008 until 2013.

Previously, Dr. Freer was Assistant Professorial Research Fellow at the LSE Middle East Centre. From 2015-2020, Courtney was a Research Officer for the Kuwait Programme at the LSE Middle East Centre. Her work focuses on the domestic politics of the Gulf states, particularly the roles played by Islamism and tribalism. Her book Rentier Islamism: The Influence of the Muslim Brotherhood in Gulf Monarchies, based on her DPhil thesis at the University of Oxford and published by Oxford University Press in 2018, examines the socio-political role played by the Muslim Brotherhood groups in Kuwait, Qatar and the United Arab Emirates. She previously worked at the Brookings Doha Center and the US–Saudi Arabian Business Council. Courtney holds a BA from Princeton University in Near Eastern Studies and an MA in Middle Eastern Studies from George Washington University. 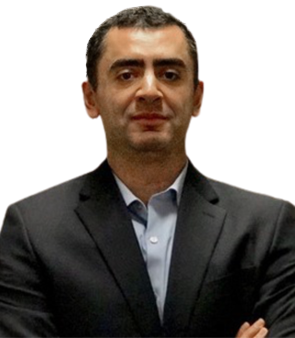