The consequences of climate change throughout the Gulf region have become a much more serious problem in recent years. Today, some areas are facing severe droughts, while others are facing unprecedented floods. Overall, the region’s climate has changed dramatically over the past five decades, and it is projected that some Gulf states will experience a temperature increase of 2.6°C (4.7°F) and a nearly 35% decline in precipitation over the next thirty years.

The impacts of these changes are already being felt. Water scarcity has curtailed the agricultural and industrial sectors in Iran and Iraq and has increased the challenge of unemployment. Meanwhile, urban expansion in the GCC states places pressure on their limited water resources and infrastructure plans. The changes in climate have forced the region’s governments to expand their understanding of the detrimental, and sometimes deadly, effects of climate change. Ultimately, if the growing climate crisis is not adequately addressed, the drastic increase in temperature and decrease in water supply will render some areas inhabitable, reduce arable land, bring down economic productivity, and lead to a major spike in food insecurity, among other concerns. The socio-economic impact of such changes cannot be overstated.

What are the major climate change challenges in the Gulf, and to what extent has the environment already been impacted? If the current trajectory is maintained, what will the consequences be for the region in fifty years? How can the governments and business entities enact solutions to drastic climate consequences? What are the obstacles to cooperative environmental policy-making measures? What measures can the Gulf states take to diversify their economies and fight climate change, and what political and economic obstacles could hold them back? 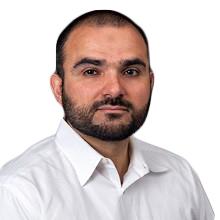 Amin Mohseni-Cheraghlou is a Non-Resident Fellow at Gulf International Forum and an assistant professor in the Department of Economics at American University in Washington, D.C. He has also taught at the University of Tehran in the faculties of Economics and World Studies. His areas of expertise are Development Macroeconomics, International Political Economy, Economies of the Middle East and North Africa (MENA), and Islamic Economics and Finance. A research consultant for the World Bank Group since 2007, Amin writes frequently on topics related to development economics and economies of the Gulf and the MENA region. He holds a Ph.D. in Economics, an M.A. in International Development, and a B.S. in Electrical Engineering. 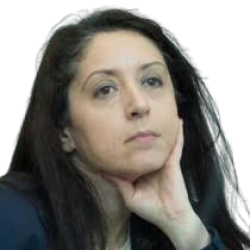 Prof. D’Alessandro is widely published in English, French, and Italian. Her research focus are urban planning, management and transformation; natural resources and environmental governance; political, economic and territorial governance; institutional capacity building and leadership. With over 20 years of academic and policy research experience, she serves as an international consultant with international organizations, including the African Development Bank, UN-WOMEN, the United Nations Economic Commission for Africa, but also the BMW Foundation, and the Qatar National Research Found, inter alia. A former Scientific Manager at the French National Agency for Research (ANR) and a former Professor at the Paris School of International Affairs (Sciences-Po, Paris, France), she holds a number of board membership positions: the International Advisory Board of the Canadian Journal of Development Studies; the editorial board of the journals L’Espace Politique and of African Geographical Review. 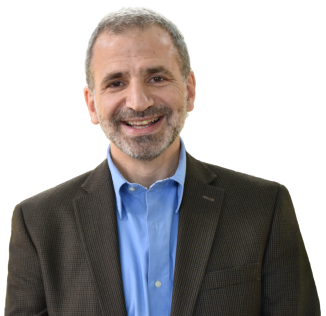 Director of the Climate Change and the Environment Program, the American University of Beirut’s Issam Fares Institute for Public Policy and International Affairs

Dr. Farajalla started out his graduate academic studies in irrigation engineering attaining an MS from Utah State University in Logan, Utah, USA and then an MS and a PhD in environmental engineering from the University of Oklahoma, USA.  He worked in the private sector first as a senior scientist at Stone Environmental, Inc., Montpelier, Vermont, USA and then at Dar al-Handasah (Shair and partners), Beirut, Lebanon as a Senior Environmental Engineer on projects which focused on water resources and associated infrastructure; environmental impact studies and management plans, hydrological studies and erosion assessment and mitigation. Dr. Farajalla founded and headed the Land, Water and Environment Department at the consulting firm SETS sarl with projects in Lebanon, Saudi Arabia, Yemen, Iraq, Egypt, and Oman

Currently, he is the director of the Climate Change and the Environment Program at the American University of Beirut’s Issam Fares Institute for Public Policy and International Affairs. His current research focuses on the impact of climate change on human settlements and activities through extreme events of flooding and droughts; impact of climate change on security; the nexus of water-energy-food and climate change with focus on adaptation and resilience; and recovery of devastated land due to anthropogenic activities such as wars, farming, quarrying, etc. 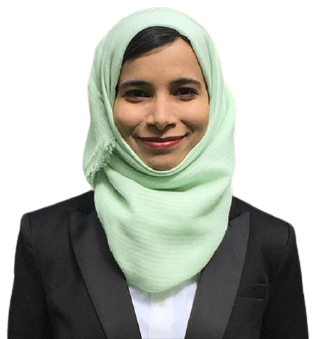 Aisha’s research interests focus on the environment, energy policy and climate economics and policies. She obtained her Ph.D. at Imperial College’s Centre for Environmental Policy. Her thesis focused on policies and challenges for renewable energy adoption in oil-producing countries. Following her Ph.D., Aisha pursued her postdoctoral research at the London School of Economics and Political Science’s Middle East Centre, working on assessing the economic implications of climate change in the GCC. She also joined the Arab Gulf States Institute in Washington, studying the challenges and opportunities for aligning climate policies with economic diversification strategies in Saudi Arabia, Oman and the UAE. Before joining KAPSARC, Aisha worked at Georgetown University’s Center for Contemporary Arab Studies as a visiting scholar.