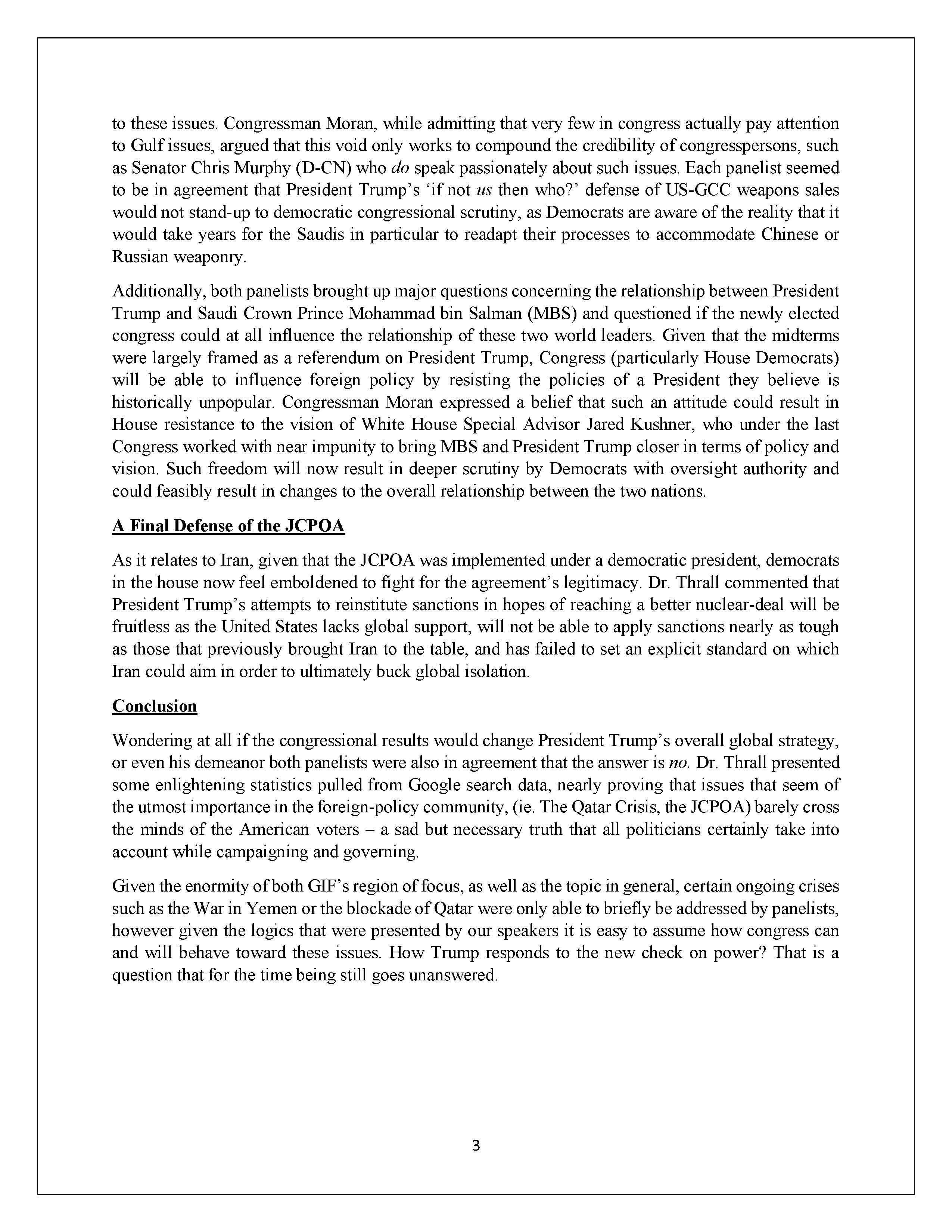 With each new Congress or presidential administration, new questions emerge regarding which aspects of United States foreign policy are under the purview of the executive and legislative branches of government. 2018 has been no exception and has been typified by foreign policy dilemmas, such as the JCPOA, the murder of Jamal Khashoggi and the Qatari Crisis drawing unexpected attention to the Gulf region in particular. The United States again finds itself in an environment where nearly every issue, whether foreign or domestic, is intensely polarizing. The long-running war in Afghanistan, instability amongst allies in the Middle East, as well as refugee crises in Syria, Yemen and Burma each in their own ways contribute to forming the tendencies of those whom Congress is (ideally) most beholden: the American voter. But to what extent? Given the relative separation between the American voters’ priorities, and such issues as the Gulf Crisis or the status of the JCPOA, it is worth asking how Congress can and should behave toward foreign policy issues. How does Congress use its constitutionally granted authorities to exert influence over the supremacy of the presidency that has taken shape in the modern era? How do Middle Eastern foreign policy issues effect congress during election-years? Is the role of Congress and foreign policy changing in the midst of our unprecedented political environment? How may Congress cooperate with other governmental entities, such as the Department of State? Gulf International Forum is pleased to invite you to attend our panel luncheon, where our assembled experts will tackle these tough questions related to Congressional Foreign Policy towards the Gulf Region. 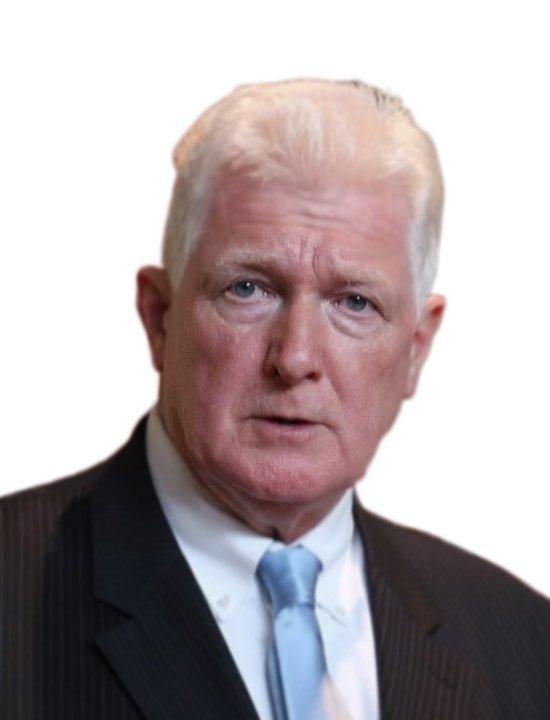 The Honorable James Moran served in the U.S. Congress for 24 years, retiring in January 2015. He currently is the Senior Legislative Advisor in the Washington, DC offices of McDermott Will & Emery. In Congress, he represented the Northern Virginia parts of the Washington, DC metropolitan area which includes the cities of Alexandria and Falls Church and the counties of Fairfax and Arlington. The Congressman was Mayor of Alexandria prior to his election in 1990. Congressman Moran is currently the Chair of the World Affairs Council-Washington DC and served on the Board of Sister Cities International. 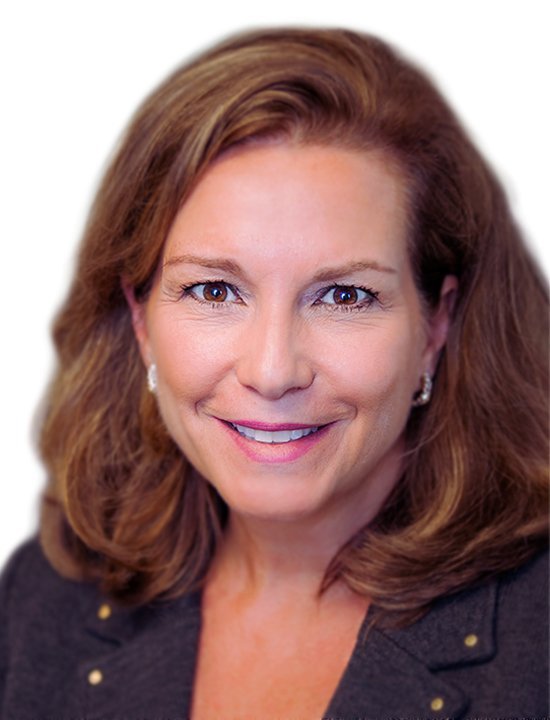 The Honorable Mary Beth Long is the founder of M B Long & Associates, PLLC, an international legal and advisory firm. From 2007-2009, Ms. Long served as the first woman confirmed by the U.S. Senate as Assistant Secretary of Defense for International Security Affairs in the Office of the Secretary of Defense, and as Chair of NATO’s High-Level Group (HLG), responsible for NATO’s nuclear policy. In her defense department roles, she also acted as Principal Deputy Secretary of Defense on the Middle East, Africa, the Western Hemisphere, Asia, and Southeast Asia; and was the Deputy Secretary of Defense for Counter Narcoterrorism with a budget of over $1 billion. To those credentials, she adds more than a decade of Central Intelligence Agency operational experience (1986–99) on terrorism and other security issues.

After leaving government, Ms. Long founded Metis Solutions LLC. Under her tenure as CEO, the company was recognized in Inc. Magazine’s List of America’s Fastest Growing Companies in 2014, 2015, and 2016.  She was recently featured in Forbes magazine’s Women Business Leaders. Ms. Long advises several Fortune 500 companies on international defense markets. From 2013-2016, she served as a Senior Subject Matter Expert for the Supreme Allied Commander of NATO and as a Senior International Advisor to the Minister of Defense of Colombia. 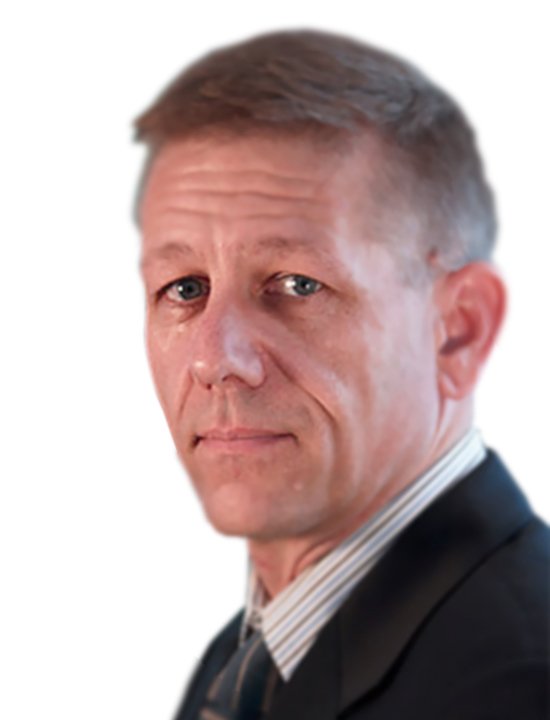 Dr. A Trevor Thrall is an associate professor of international security in the Schar School of Policy and Government at George Mason University. He is also a Senior Fellow at the Cato Institute in the Defense and Foreign Policy department. Dr. Thrall’s research revolves around the intersection of international security, political communication, and public opinion. His most recent edited volume, U.S. Grand Strategy in the 21st Century: The Case for Restraint (Routledge 2018)  examines current U.S. grand strategy and presents leading arguments in favor of a more restrained foreign policy.  Thrall also publishes commentary on current affairs in a wide range of publications, including the Philadelphia Inquirer, Detroit News, Huffington Post, Newsweek, Time, The National Interest, and Foreign Policy, and is a frequent guest on radio and television. Prior to arriving at George Mason Thrall taught at the University of Michigan-Dearborn where he directed the MPP and MPA programs in the Department of Social Sciences. Thrall received his Ph.D. in political science from M.I.T.