Traditionally, the six GCC states have maintained a consultative council to help the monarch receive popular input in their state’s governance.  Over the decades since they gained independence these bodies have evolved in form and substance leaving each state with a unique such council. In Kuwait, for instance, an elected National Assembly debates and makes major political decisions independently of the ruling family.  At the other end of the political spectrum, Saudi Arabia’s King appoints all the members of the Majlis ash-Shura (the traditional name for such consultative councils). Qatar’s Majlis ash-Shura, established shortly after independence in 1972, although appointed but its rulers have generally respected traditions and have generally consulted with it on important matters.  The current Emir-Father Sheikh Hamid bin Khalifa accelerated this process after he came to power in 1995. For example, the announcement that the Emir would establish an elected municipal council came three years before its implementation by an Emiri decree; reflecting the intense consultations with and the modifications suggested by the Majlis. The nation’s Constitution followed the same tortuous path of consultations before its approval by referendum in 2003. However, elections were repeatedly postponed.

Recently, as part of a wider process of political reform, Qatar’s first Consultative Assembly elections have been scheduled for Saturday, October 2.  The new, elected, council’s authority is also limited, however, it will provide a platform for public debate and dissent that the previous system did not. The elections’ proponents have argued that the elections are a major milestone towards democratic governance and greater electoral participation in Qatar. Skeptics, however, have cast doubt on how meaningful the elected Council will be in terms of genuine political representation for all Qataris. Controversy has also erupted over the electoral commission’s restrictive voting law, which excludes many Qatari citizens from casting their ballots and running for office.

What do the elections mean for Qatar’s ongoing process of political reform? Is the council likely to genuinely represent the concerns of most Qataris, and will the election lead to greater citizen involvement in Qatari politics? What ongoing trends within Qatar’s political and social landscape could help or undermine the council’s work? Finally, how could events around the Gulf shape the council’s future position and authority? 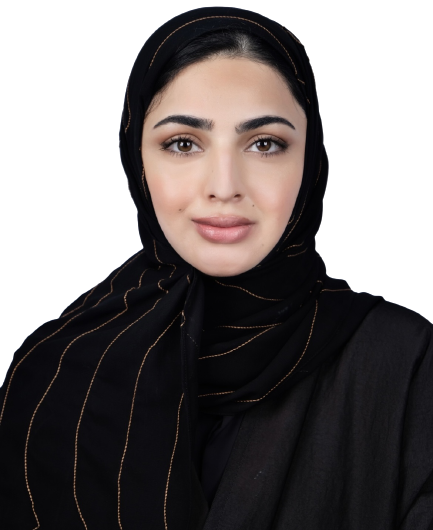 Zarqa is a researcher, writer, and a Ph.D. candidate at Durham University and her research focus include National Identity, Women, State and Society in the Gulf Region and a former lecturer in Middle Eastern Studies, Hamad bin Khalifa University. Some of her past research projects include: ‘Women and the Status Quo in Saudi Arabia’ and others related to issues of public policy and identity. She has organized academic conferences and leads independent research projects related to the development of education and youth in Qatar. She is the founder of the Women’s Society and Development Club at Georgetown University in Qatar. She is a contributor to Middle East Monitor, where she regularly publishes academic opinion pieces on relevant political, social, and development issues in the Middle East. She obtained her BSc in International Affairs from the Georgetown University School of Foreign Service in Qatar, and her MSc in State, Society, and Development from the University of London’s School of Oriental and African Studies. 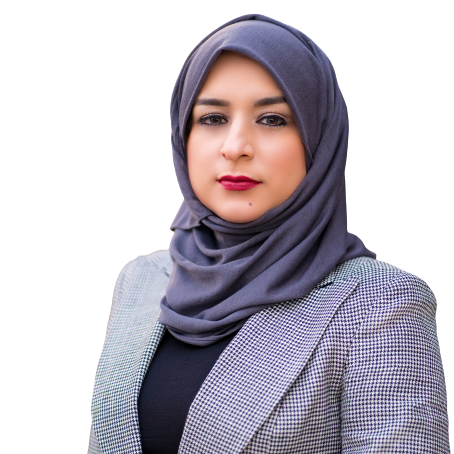 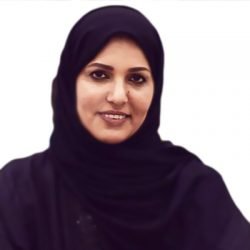 Dr. Al Muftah is an academic, researcher, consultant, and professional executive leader. Academically, Dr. Hend Al Muftah is an Associate Professor of Human Resources Management at Qatar University since (2004-present) and Public Administration at Doha Institute for Graduate Studies (2015-present). Her main research interests include human capital issues in the perspective of human resources, mainly training and education, Qatarization, leadership, labor turnover, female employment and empowerment, migration and “Kafala”. In addition, she is also interested in institutional effectiveness, and public administration. She participated in many national, regional and international conferences and published many research papers and articles in local, regional and international journals. She also conducted and delivered many training courses and workshops in the management and administration areas, and strategic planning, locally and regionally.

She is also the author of “Human Capital Formation in Qatar in 2010 (in English) and “Issues in the Management” (in Arabic) in 2012. In addition, she had participated in writing some chapters in some international books covering Qatar’s case in terms of human capital, training, education, and demographic changes and challenges, she also published many papers in different areas in international journals.

Professionally, Dr. Hend Al Muftah has over 15 years of leadership and consulting experience in educational, governmental and NGOs organizations. She served as the Director of Human Resources Department at QU (2004-2008), Consultant for the VP&CFO at QU (2009) and Consultant for the Minister of Business & Trade (2010), HR Director at Rail Company (2012), and Executive Director of Childhood Cultural Centre (April 20012-Sep 2014). Currently, she serves as the VP, Administration & Finance at Doha Institute since January 2015. During her leadership roles, she mainly served in developing re-structured or institutionalizing newly established organizations. Her role in those organizations included building or reviewing administrative and finance policies and procedures, system, organizational culture, and strategic plans. She is the Chair of Library and information Association in Qatar, under establishment, the Chair of Arab HEUG, and a member at the international advisory board of HEUG (Higher Education Users Group based in the USA), and VP at The International Organization for Women’s empowerment (based in UK).

In terms of community services, she was involved as a member in tens of local task force and committees, most recognized are: QU Reform Project (2004-08), QU Strategic Plan Committee, “Selatek Project” (2007-08) with Qatar Foundation (QF), and Labor Market Strategy (2005-07), National Development Strategy (2009-10) & Economic Diversification and Economic Development with General Secretary for Development Planning (GSDP) in Qatar and some Human Development Reports.

She is also a social activist and columnist in some local and regional newspapers. She has been acknowledged during 2015 and 2016 as the most influential 50 people in the Qatari social media, and ranked 53 amongst the Top 100 leaders from Multilateral organizations in October 2018.

Previously, Dr. Freer was Assistant Professorial Research Fellow at the LSE Middle East Centre. From 2015-2020, Courtney was a Research Officer for the Kuwait Programme at the LSE Middle East Centre. Her work focuses on the domestic politics of the Gulf states, particularly the roles played by Islamism and tribalism. Her book Rentier Islamism: The Influence of the Muslim Brotherhood in Gulf Monarchies, based on her DPhil thesis at the University of Oxford and published by Oxford University Press in 2018, examines the socio-political role played by the Muslim Brotherhood groups in Kuwait, Qatar and the United Arab Emirates. She previously worked at the Brookings Doha Center and the US–Saudi Arabian Business Council. Courtney holds a BA from Princeton University in Near Eastern Studies and an MA in Middle Eastern Studies from the George Washington University. 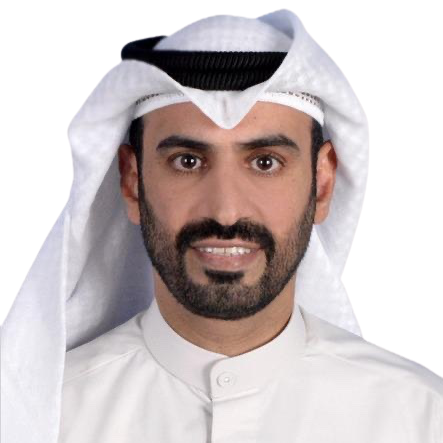 Dr. Abdul Hadi Nasser Al-Ajmi has held many academic and research positions since 2004. He is Assistant Dean for Academic Affairs and Graduate Studies in the College of Arts, Kuwait University, as well as the Head of History Department and the Deanship of Consulting, Training, and Development. Dr. Al-Ajmi is also the Secretary-General of the Kuwaiti Historical Society and member of the Board of Trustees of Dar Al-Athar Al-Islamiyyah, and recently assumed the presidency of the Association of History and Antiquities of the Gulf Cooperation Council countries. Dr. Al-Ajmi’s research interests are in Islamic history, the concept of political and legal systems and their relations with societies.

Dr. Al-Ajmi has published more than 30 researches, books, and other publications in English and Arabic in Kuwait, the U.S., Saudi Arabia, Germany, U.K., Egypt, Greece, and other countries. Dr. Al-Ajmi holds Masters of Middle East Studies from the University of Chicago and PhD in Islamic History from Durham University.