Since early 2021, de-escalation efforts and dialogue accelerated rapidly between Iran and Gulf Cooperation Council (GCC) member Saudi Arabia and, in a separate channel,  the United Arab Emirates. Over the past year and a half, Riyadh and Tehran  conducted several rounds of talks in Baghdad, while the United Arab Emirates demonstrated a willingness to de-escalate tensions with Tehran in spite of its growing outreach to Tel Aviv after the “Abraham Accords” of mid-2020. Other GCC member states have preserved their own links to Iran; Qatar has sought to strengthen its position as a regional mediator and host in-direct talks between Washington and Tehran, Kuwait continues to balance its relations between Tehran and Riyadh, and Oman has preserved its excellent relationship with all sides, as demonstrated by Iranian leader Ebrahim Raisi’s recent visit to Muscat.

However, in spite of a regional reduction in tensions, as of this event, Iran and Saudi Arabia have failed to reach any meaningful accommodation;  the negotiations between the Gulf’s two pillars appear to have been exclusively focused on security issues, rather than political cooperation or the formal restoration of the two countries’ severed diplomatic ties. The tangible benefits from the other GCC states’ dialogues with Iran also remain unclear, and the outcomes of those discussions could also be affected by ongoing events such as the success or failure of the “JCPOA” nuclear negotiations in Vienna.

What current tensions exist between the GCC states and Iran, and what are the prospects for their de-escalation in the near future? What regional or global events, such as the JCPOA negotiations or a new confrontation between Iran and Israel, could affect the outcome of the Iran-GCC talks? How have intra-GCC relations shaped these dialogues? Are the discussions best understood in a regional context, as part of a broader rapprochement, or simply as individual states attempting to preserve their own interests?

Chair of the State of Qatar for Islamic Area Studies and a Visiting Professor at the Faculty of International Research and Education, Waseda University, Tokyo-Japan

Abdullah Baabood is an academic from Oman who currently holding the Chair of the State of Qatar for Islamic Area Studies and a visiting professor at the Faculty of International Research and Education, Waseda University, Tokyo-Japan. Abdullah taught at different universities and institutions in Europe and the Gulf, and was a visiting professor at the Middle Institute, National University of Singapore and the College of Humanities and Social Sciences, Hamad Bin Khalifa University, Qatar. He has previously held the positions of the Director of the Gulf Studies Center at Qatar University and the Director of the Gulf Research Center at the University of Cambridge, UK. Abdullah’s teaching and research interest focuses on international relations, international political economy, especially on globalization and regionalism. His area focus is on the states of the Gulf Cooperation Council (GCC) economic, social and political development and their external relations.

He has published widely and is frequently invited to speak on international conferences and seminars as well media programs. 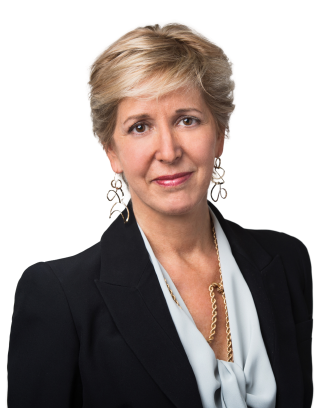 Danielle Pletka is a distinguished senior fellow in foreign and defense policy studies at the American Enterprise Institute (AEI), where she focuses on US foreign policy generally and the Middle East specifically. Until January 2020, Ms. Pletka was the senior vice president of foreign and defense policy studies at AEI. Concurrently, she also teaches US Middle East policy at Georgetown University’s Walsh School of Foreign Service.

Before joining AEI, Ms. Pletka was a senior professional staff member for the Middle East and South Asia for the Senate Committee on Foreign Relations.

Ms. Pletka has authored, coauthored, and coedited a variety of studies, monographs, and book chapters, including the introduction to “Seven Pillars: What Really Causes Instability in the Middle East” (AEI Press, 2019); the report “Tehran Stands atop the Syria-Iran Alliance” (Atlantic Council, 2017); the chapter “America in Decline” in “Debating the Obama Presidency” (Rowman & Littlefield, 2016); “America vs. Iran: The Competition for the Future of the Middle East” (AEI, 2014); “Iranian Influence in the Levant, Egypt, Iraq, and Afghanistan” (AEI, 2012); “Containing and Deterring a Nuclear Iran” (AEI, 2011); and “Dissent and Reform in the Arab World: Empowering Democrats” (AEI Press, 2008).

A regular guest on television, Ms. Pletka appears frequently on NBC News’ “Meet the Press.” Her broadcast appearances also include CBS News, CNN, C-SPAN, and MSNBC. She has been published in The Washington Post, The Wall Street Journal, The New York Times, The Hill, and Politico, among other outlets. Ms. Pletka is also the cohost, with AEI’s Marc Thiessen, of the podcast “What the Hell Is Going On? (Making Sense of the World).”

She has an MA from the School of Advanced International Studies at Johns Hopkins University and a BA from Smith College. 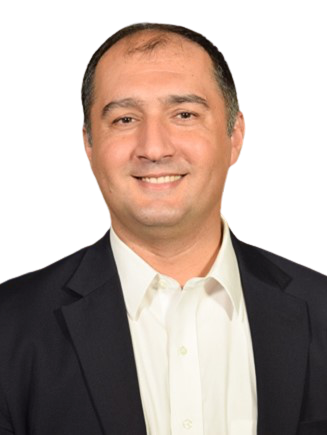 Alex Vatanka is the founding Director of the Iran Program at the Middle East Institute. He specializes in Middle Eastern regional security affairs with a particular focus on Iran. He was formerly a Senior Analyst at Jane’s Information Group in London. Alex is also a Senior Fellow in Middle East Studies at the US Air Force Special Operations School (USAFSOS) at Hurlburt Field and teaches as an Adjunct Professor at DISAS at Wright-Patterson Air Force Base. He has testified before the US Congress and lectured widely for both governmental and commercial audiences, including the US Departments of State and Defense, US intelligence agencies, and a list of international corporations.

Born in Tehran, he holds a BA in Political Science (Sheffield University, UK), and an MA in International Relations (Essex University, UK), and is fluent in Farsi and Danish. He is the author of two books: The Battle of the Ayatollahs in Iran: The United States, Foreign Policy and Political Rivalry Since 1979 (2021) and Iran and Pakistan: Security, Diplomacy, and American Influence (2015).

He has also written chapters for a number of books, including Authoritarianism Goes Global (2016); Handbook on Contemporary Pakistan (2017); Russia in the Middle East (2018), Winning the Battle, Losing the War: Addressing the Drivers Fueling Armed Non-state Actors and Extremist Groups (2020); Global, Regional and Local Dynamics in the Yemen Crisis (2020); Routledge Handbook of Counterterrorism and Irregular Warfare Operations (2021); and Understanding New Proxy Wars (2022). He is presently working on his third book, Iran’s Arab Strategy: Defending the Homeland or Exporting Khomeinism? 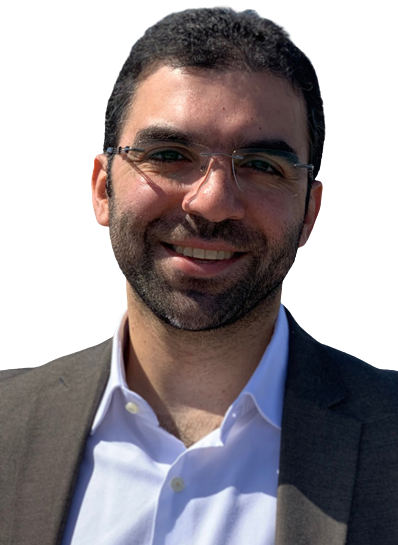 Dr. Ali Alkandari is a history professor at Kuwait University specializing in Islamist movements, social transformations, and the contemporary history of the Gulf. Dr. Alkandari holds Masters of Arts in Arab Studies from Georgetown University and received his PhD from the University of Exeter in 2014 in Arabic and Islamic Studies. He also served as a member of the National Union of Kuwaiti Students from 2010 to 2013, serving as its president during his final year. He has appeared widely as a contributor on Gulf media networks, including Al Jazeera Arabic, Al Jazeera English, Mont Carlo, and Al Arabi.