This panel discussion is the final event in the joint program between the Gulf International Forum and the U.S. Mission to NATO.

In the ever-changing global security landscape, the increase of women’s participation in peacebuilding is crucial for the stability, good governance, and gender equality of the Gulf region. Through coordinated public diplomacy efforts that seek to increase female inclusion in conflict prevention and resolution processes, the Gulf states, the United States, and other NATO member countries can address shared threats and improve collaboration in the security realm.

Throughout the Gulf region, security risks and challenges are on the rise. However, there is a growing body of evidence which shows that the meaningful participation of women in peace operations and conflict resolution—especially in leadership positions—makes for stronger and more effective peacebuilding. Women’s efforts in government institutions, civil society organizations, and the private sector were substantial in easing the effects of armed conflicts and geopolitical tensions. Therefore, current global dynamics that underpin the Gulf region’s stability provide a strong foundation for constructive dialogue on women’s role in peace and security in the context of domestic and regional policies, and the NATO-Middle East relationship.

Throughout this one-year program, we delved into the analysis and sharing of best practices on the role of women in current and recent Gulf region security issues. In the final event, our panelists will discuss the factors that continue to limit more meaningful participation of Gulf women in the security establishment, the most effective methods for enhancing participation—grassroots activism or state-driven initiatives, what does successful integration look like? and what are the consequences of continued exclusion? 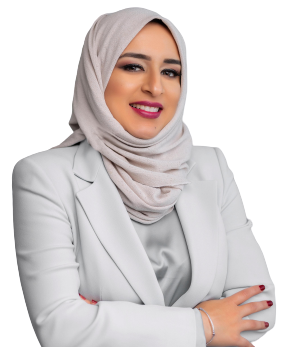 Dr. Thafer has been widely published on matters concerning the Arab Gulf states including several articles and publications. She has co-authored two edited books “The Arms Trade, Military Services and the Security Market in the Gulf States: Trends and Implications” and “The Dilemma of Security and Defense in the Gulf Region”. Dr. Thafer has a master’s degree in Political Economy from New York University, and PhD specialized in the Political Economy and International Relations of the GCC states from the American University in Washington, DC. 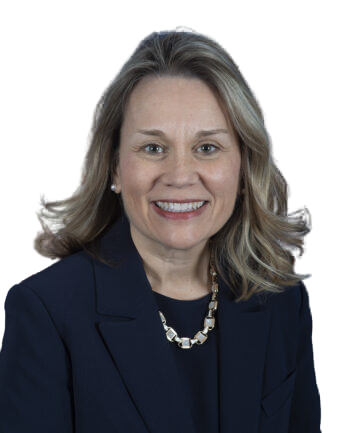 Ambassador Julianne Smith assumed her position as the U.S. Permanent Representative to NATO in November 2021. Prior to her current position, she served as a Senior Advisor to Secretary Blinken at the Department of State.

Previously, she served as the Director of the Asia and Geopolitics Programs at the German Marshall Fund of the United States.

From 2014 – 2018, she served as the Director of the Transatlantic Security Program at the Center for a New American Security (CNAS). From 2012-2013, she served as the Acting National Security Advisor and Deputy National Security Advisor to the Vice President of the United States. Before her post at the White House, she served for three years as the Principal Director for European and NATO Policy in the Office of the Secretary of Defense in the Pentagon. In January 2012, she was awarded the Office of the Secretary of Defense Medal for Exceptional Public Service.

Prior to her government service, Ambassador Smith held a variety of positions
at research institutions including the Center for Strategic and International Studies (CSIS), the German Marshall Fund, the American Academy in Berlin, and the Stiftung Wissenschaft und Politik in Berlin. She has written extensively on transatlantic relations and European security.

Ms. Smith is a recipient of the Richard von Weizsäcker Fellowship at the Bosch Academy in Berlin and the Fredin Memorial Scholarship for study at the Sorbonne in Paris. A native of Michigan, she received her B.A. from Xavier University and her M.A. from American University. She spent a year learning German at the University of Munich. In 2017, she received the Cross of the Order of Merit of the Federal Republic of Germany. 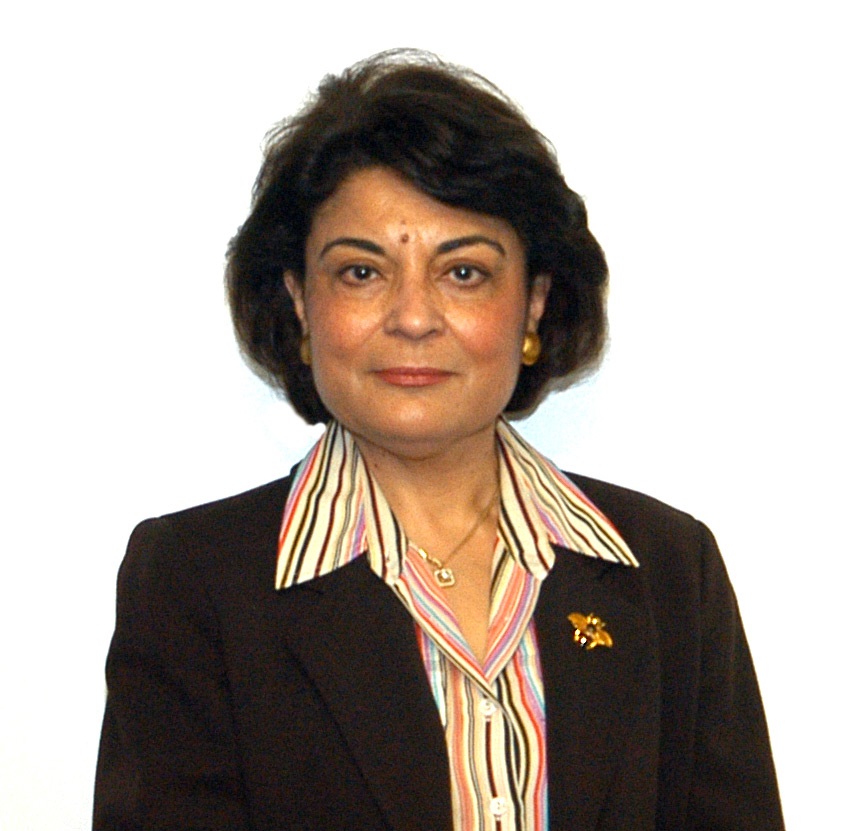 Ambassador Rend Al-Rahim is Co-Founder and President of the Iraq Foundation, a non-profit organization committed to the support and promotion of democracy, human rights and civil society in Iraq. Ms. Al-Rahim has been active in the Iraqi public arena, in civic leadership, and in human rights and democracy advocacy, and is recognized as a leading expert on Iraq. From November 2003-March 2005 she joined the Iraqi diplomatic service, serving as Iraq’s Chief of Mission to the United States. In this capacity she represented Iraq before the Government of the United States and the U.S. Congress, and the World Bank.

In 2007 Ms. Al-Rahim was awarded a Jennings Randolph Senior Fellowship at the United States Institute for Peace. Ms. Al-Rahim is the co-author, with Graham Fuller, of The Arab Shi’a: Forgotten Muslims, published in 1999 by St. Martin’s Press, in addition to articles and op-ed pieces in numerous publications. Ms. Al-Rahim was educated in Iraq, the U.K, and France. She holds a B.A. and M.A. from the University of Cambridge and an M.A. from the University of the Sorbonne. 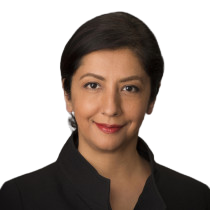 Dr. Banafsheh Keynoush is a scholar of international affairs, an international geopolitical consultant, and the President of MidEast Analysts. She is a fellow at the International Institute for Iranian Studies, a non resident scholar at the Middle East Institute, and a team member at the Carnegie-funded Sectarianism, Proxies and De-sectarianisation Project. She also served as the Vice-Chair of the Middle East Forum at the Commonwealth Club of California. Her other professional experiences include advisory, public affairs, and analytical work for government agencies, international organizations, policy centers, and private companies across a multitude of sectors. An academic for over thirteen years, she has conducted fieldwork in the Middle East for two decades, including in Saudi Arabia and Iran, was a visiting scholar at Princeton University, and a visiting fellow at the King Faisal Center for Research and Islamic Studies. She received her Ph.D. from The Fletcher School of Law and Diplomacy at Tufts University, and completed her coursework at The John F. Kennedy School of Government at Harvard University. 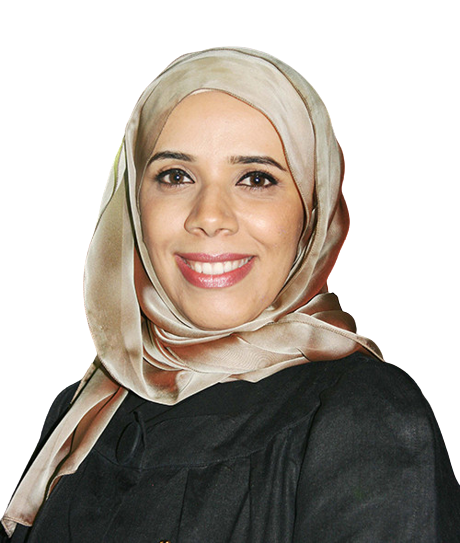 Mrs. Maali Alasousi gained essential exposure to the world of social-activism at the age of 15 when she joined the Red Crescent Society, becoming their youngest Kuwaiti volunteer. As a unique humanitarian activist, Alasousi has since dedicated her entire life to promoting women’s rights and other important gender-parity issues. Her work has focused on women’s issues and the poverty crisis that has stricken the under-developed nations. She is the founder of Tamkeen for Development Organization that reaches out to women who live below the poverty line. She served as an Executive Manager at Kuwait Hub, an organization that assists and gives professional guidance to Kuwaiti women who operate small and medium- sized enterprises.

In 2007, she moved to Yemen to work on social development projects where she faced major opposition since she was treated suspiciously and after two years, she managed to gain her NGO permit. More recently, she has extended her reach and now supports projects for HIV-affected families in Ethiopia. In 2009, Alasousi co-founded The Kuwaiti-based Business and Professional Women Chapter, a watershed organization that promotes gender-equality and parity between the sexes. A few years later, Alasousi saw the necessity to unify more than 120 committed NGO members with diverse social entrepreneurs, that operate in the MENA region. In 2015, she astonishingly became the Country Director of Direct Aid in Yemen, the first woman in the organization’s history to head an office, in a conflict zone. She launched over 30 relief campaigns that have impacted the lives of over 700,000 Yemenis. 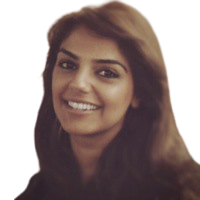 Dr. Mira Al-Hussein is a Fellow with the International Panel on Exiting Violence – a joint program by Columbia University’s Global Centre, Fondation Maison des Sciences de l’homme and Carnegie Corporation, researching issues on the international political economy of Gulf higher education, and Khaleeji brain-drain. Dr. Al-Hussein hold a PhD from the University of Cambridge, researching sociological themes in Gulf higher education. Her research interests include decolonial trends in historical and social narratives of the Gulf.