The Trump Administration’s strategy to contain Iran’s regional influence is seemingly predicated on unity among the Gulf Cooperation Council (GCC) states, and an assumption of unequivocal cooperation with the United States.  U.S. officials have reiterated that the GCC states are to form the core of a new strategic, anti-Iran alliance of Sunni Muslim-dominated states called the “Middle East Strategic Alliance” (MESA).  The Administration has not abandoned this strategy even though the GCC is more divided now over the threat posed by Iran’s Islamic Revolution that at any point since its formation in 1981.  However, divisions within the GCC that transcend the Iran issue have repeatedly frustrated Administration efforts to formally inaugurate MESA in a planned U.S.-GCC summit, a meeting that was planned for spring of 2018, postponed several times, and for which no new date has yet been set. 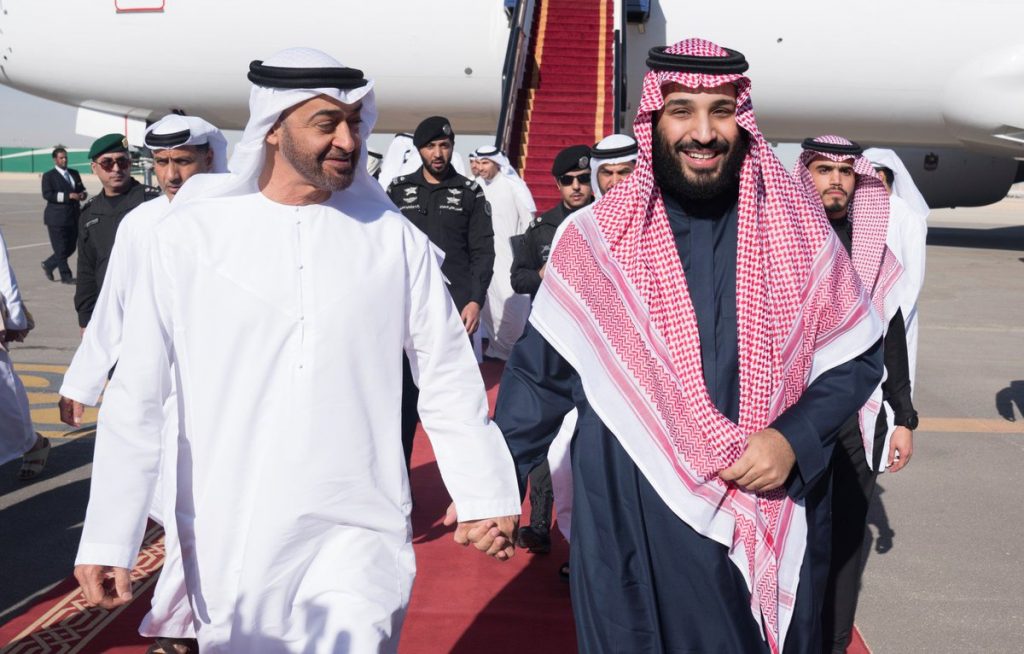 Wide differences within the GCC on Iran can be analyzed as being part of two groups: advocates of confrontation versus advocates of engagement. Together, these mirror the rift within the GCC over the isolation of Qatar.  In one camp are Saudi Arabia, the United Arab Emirates (UAE), and Bahrain, each of which has been categorical in their denunciations and distrust of Iran’s actions and intentions. The three frequently cite the Islamic Republic for attempting to dominate the region by supporting and advising pro-Iranian governments, such as the regime of Syrian President Bashar Al Assad, as well as sub-state actors, particularly Lebanese Hezbollah.  Within this grouping, Saudi Arabia and the UAE have been strident that the GCC states (working with other regional allies such as Jordan and Egypt) must actively counter Iran, including through intervention in various regional conflicts. This view led Saudi Arabia and the UAE to assemble an Arab coalition in 2015 to battle the pro-Iranian Houthi movement inside Yemen – a war that has brought about unprecedented criticism of the two key Gulf states for failing to prevent Yemeni civilian casualties and a humanitarian catastrophe.  The hostility runs so deep that most experts characterize Saudi-Iranian relations as a virtual existential war by proxy carried out in numerous theaters of the region including Yemen, Lebanon, Iraq, Syria, Bahrain, and in the Persian Gulf.

Bahrain’s hardline stance on Iran stems from a legacy of purported Iranian interference in support of Shia dissidents in Bahrain, including, most recently, support for violent underground groups, such as the Al Ashtar Brigades. Bahraini leaders are consistently wary of Iran because Bahrain is the only GCC nation to have a Shia majority, in addition to the fact that some Iranian figures continue to claim that Bahrain should rightly have become part of Iran in 1971 instead of having gained its independence.  Despite these concerns, Bahrain lacks the financial or military resources to play a leadership role within the GCC’s confrontation of Iran and tends to instead play a supporting role in the anti-Iranian initiatives of Saudi Arabia and the UAE. 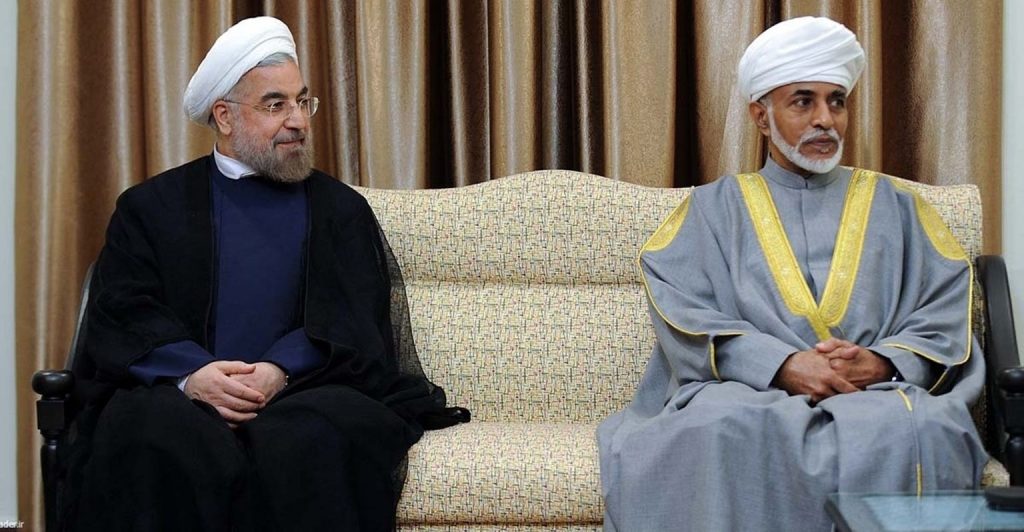 On the “pro-engagement” side of the debate are Oman, Kuwait, and Qatar, among which there are internal differences over how extensive and active cooperation with Iran should be. Of the three, even though they engage Iran at high levels regularly, each supports U.S. regional policy and have acted against the Islamic Republic when doing so threatens their internal security. Oman is the most consistent and outspoken practitioner of engagement with Iran. On several occasions over the past decade, Oman has exchanged leadership visits with Iran. Muscat’s close ties to Tehran have enabled Oman to serve as a mediator between Iran and the United States, including negotiating the release of citizens held by Iran and the US, not to mention the quiet diplomacy that led to the 2015 multilateral nuclear agreement.  Oman has also allowed Iran to be a major investor in its large port and transportation project at Al Duqm. Additionally, Oman has not joined any direct challenges to Iran’s regional policies, either in Syria, Yemen, or elsewhere. 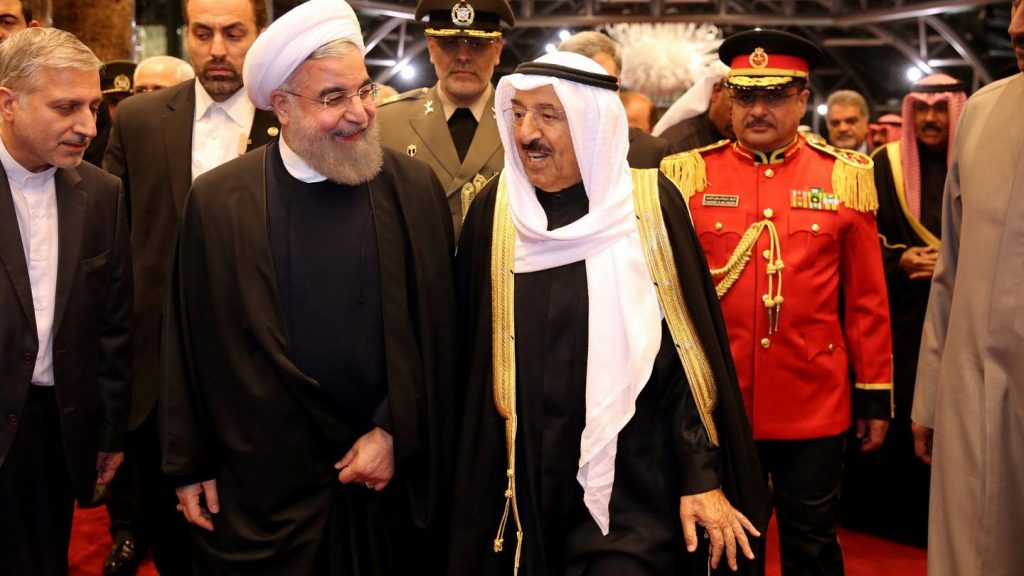 Kuwait and Qatar occupy a middle ground in their approaches to Iran. Neither advocates confrontation with Iran, and both engage Iran at the leadership level – Kuwait more consistently so than Qatar. Kuwait did not intervene against the Assad regime in Syria, but has joined the Saudi-led coalition in Yemen. Kuwait also regularly arrests what it alleges are Iranian agents and pro-Iranian activists residing in Kuwait.

Qatari leaders have tended to engage Iran only periodically. Qatar joined the Saudi-led coalition in Yemen and, perhaps most notably, Qatar joined  Saudi efforts to back the Syrian opposition against Iran’s ally Bashar Al-Assad. This has indicated that Qatar is willing to directly defy Iran’s regional interests in some circumstances.  However, the intra-GCC rift has brought Qatar much closer politically to Iran than it was previously, causing Qatar to exit the Yemen war and to restore full diplomatic relations with Iran that had previously been broken in 2016 due to sympathy over a Saudi dispute with Iran concerning the execution of the Saudi Shia dissident-cleric Sheikh Nimr Al Nimr.  Over the past 18 months, due to the Saudi-led boycott, Qatar has realigned much of its food imports to come from Iran. The Qatari warming toward Iran demonstrates that the Saudi/UAE boycott of Qatar produced the opposite of their intended goal to harden the GCC line toward Iran.

An end to the intra-GCC rift will not necessarily reunify the GCC in a concerted U.S.-led regional confrontation against Iran.  The differing approaches among the GCC states are deep and philosophical, not tactical or temporary.  On top of this, each of the GCC states is questioning the degree of the U.S’ commitment to Gulf security, (Secretary of State Pompeo’s professions of continued U.S. engagement during his recent trip to the Gulf notwithstanding).  Qatar, Kuwait, and particularly Oman will not go along with a confrontational or provocative stance against Iran, regardless of whether the intra-GCC rift is resolved in the short term.  Consequently, the more confrontational GCC actors have begun to tone down their approach on Iran. Saudi Arabia and the UAE have expressed a new willingness to settle the Yemen war through diplomacy, and the UAE and Bahrain have reopened their embassies in Damascus, Iran’s main Arab ally.  Even if the long-postponed U.S.-GCC summit is held, and even if the long-planned MESA is announced, the prospects for a unified GCC effort to confront Iran on a broad range of fronts, (let alone militarily), must be assessed as extremely slim.  Should the GCC rift escalate, Iran will have accomplished the goal it has sought since the GCC was formed – the dissolution of a strategic alliance of the wealthy, pro-American Gulf states.