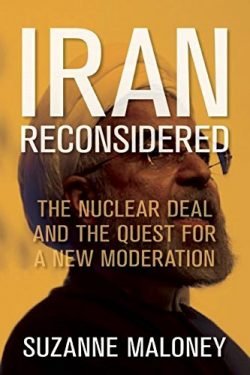 The Islamic Republic has been struggling to reform itself for 25 years and each time the experiment has gone awry. Iran’s revolutionary theocracy has evolved, but the most problematic aspects of its ideology and institutions have managed to endure since 1979. Can the Iran Nuclear Deal, an agreement crafted through intense dialogue with an old adversary, alter the essence of the Islamic Republic and its turbulent relationship with the world?

In Iran Reconsidered: The Nuclear Deal and the Quest for a New Moderation Suzanne Maloney argues that the nature of the Islamic Republic amplifies the threat posed by its nuclear ambitions and animates the most tenacious opponents of the deal. For that reason, the fierce debate that has erupted in Washington over the deal hinges on the prognosis for Iran’s future.