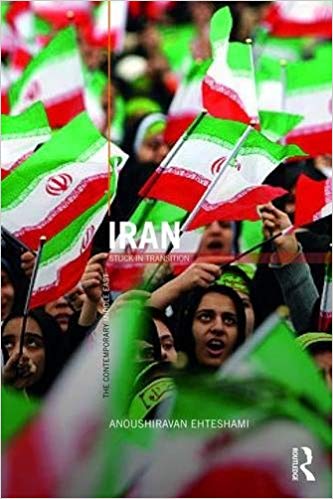 This book is the first comprehensive analytical study of the forces which have been shaping and changing modern Iran and its relations with the rest of the world. It looks at the roots of the 1979 revolution and the forces unleashed during the modernization process under the Pahlavi monarchy. Applying a range of theoretical approaches to understanding the Islamic republic’s neo-authoritarian political system, Anoushiravan Ehteshami reflects on how the country’s new elite emerged and how these new political forces have changed Iran, the stresses on its political system, the forces shaping the country’s political economy, and the Islamic republic’s international relations. As some of Iran’s leaders appear to crave permanent revolution as their means of staying in power, this book argues that the struggle for the soul of the Islamic Republic has mired the country in a cycle of change: Constant reform and transition. The republic finds itself stuck in transition.

Written in a clear and insightful manner, this book provides an unparalleled analysis of the Islamic Republic of Iran as a major regional actor and gives fresh insights into the political workings of the world’s only Shia, and revolutionary, Islamic republic. It will be of great importance to students and scholars of Middle East Politics and International Relations, as well as the policy community whose gaze is never too far from this unique country.