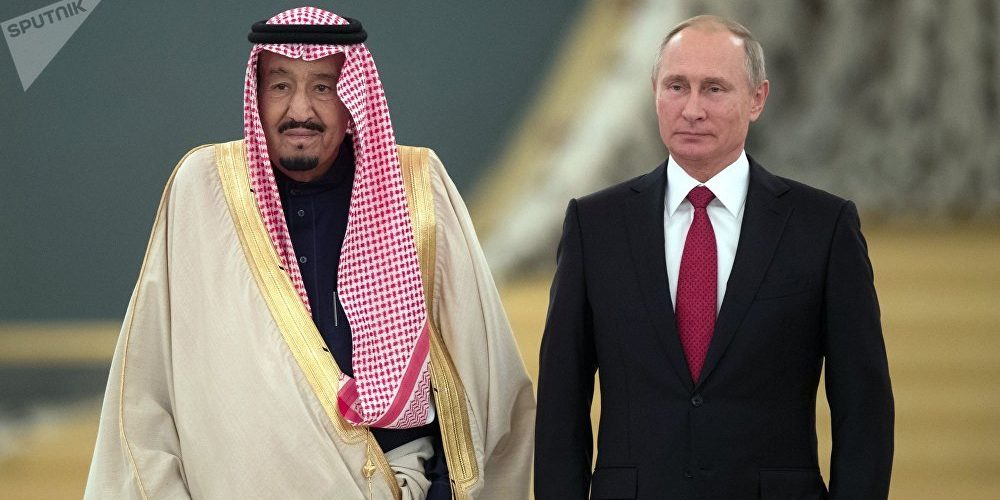 From The Washington Institute, October 4, 2017, by Anna Borshchevskaya.

The two countries have found themselves at odds on several decades’ worth of regional issues, but Riyadh may finally be coming around to Moscow’s views on Syria, energy, and trade.

When Saudi Arabia’s King Salman arrives in Russia on October 5, he will become the first ever Saudi monarch to make the visit. Perhaps recognizing the trip’s landmark status, the Kremlin has expressed high hopes for the frequently postponed meeting, with spokesman Dmitry Peskov describing the Saudis as leaders in the Arab world. “Our main hope,” he added, “is that this visit will provide a new, powerful impetus to the development of bilateral relations, because the potential of our relations is much richer than the de facto situation.”

The Russians have long considered Riyadh an important regional actor, and they are no doubt looking to boost investment and trade as well. That the king finally agreed to visit is a feather in Vladimir Putin’s cap, serving as yet another high-profile acknowledgment of Moscow’s growing importance in the Middle East.

For much of their history, Saudi-Russian relations have been limited, nonexistent, or openly antagonistic, as both countries often found themselves supporting opposing forces in the region. A few moments of potential cooperation emerged early in the relationship. In 1926, for example, the Soviet Union became the first country to officially recognize Ibn Saud as ruler of the Saudi proto-state. In return, the king allowed the Soviet mission to remain in Jeddah. And in 1933, Saudi prince and future king Faisal paid a visit to the Soviet Union, where the Kremlin offered him a 1 million pound loan in exchange for lifting a trade embargo and signing treaties on commerce and friendship. Yet while Ibn Saud eventually ended the embargo, he did not sign the treaties or accept the loan.

Relations soon stagnated when the Soviets saw that Ibn Saud would not actively challenge the West, and Moscow withdrew its diplomatic mission in 1938. By 1958, the Kremlin felt that the Saudis had joined the “imperialist” camp, though it continued to express occasional optimism about restoring diplomatic relations. In 1962, the two counties appeared ready to do just that — until a revolution broke out in North Yemen that September, putting the Soviets and Saudis on opposite sides of the conflict. The two countries then competed for influence in Oman and South Yemen well into the 1970s. The Kremlin still talked about the possibility of improving relations, but King Faisal remained hostile toward the idea until his assassination in 1975, and his successor, King Khalid, continued the bilateral competition for regional influence.

By 1979, Riyadh appeared receptive to Moscow’s renewed overtures in the context of deteriorating Saudi-American relations, but the door slammed shut again that December when the Soviets invaded Afghanistan. The Saudis quickly emerged as one of the USSR’s chief opponents in that war and contributed significantly to its disastrous defeat. The two countries would not agree to restore diplomatic relations until 1990.

Russia largely retreated from the Middle East in the 1990s, but Putin later sought to reverse that trend. In 2007, he met with King Abdullah in Riyadh, becoming the first Russian head of state to visit the country. Yet when Russia invaded Georgia the next year, the Saudis would not recognize the Moscow-backed separatist republics of Abkhazia and South Ossetia. Relations were strained again after anti-regime protests broke out in Syria in March 2011, with the Kremlin and Riyadh once again supporting opposite sides of a Middle Eastern conflict. In addition to defending Syrian president Bashar al-Assad against the Saudi-backed rebels, Moscow repeatedly accused Riyadh of financing Sunni terrorism within Russia.

Given this string of setbacks and acrimony, why did King Salman agree to hold a meeting now? One key reason is that Saudi Arabia has seemingly shifted its position on Assad in recent weeks and accepted that he will remain in power, at least for now. From a pragmatic standpoint, that entails dealing with Moscow on the Syria war and other regional issues. Another likely reason is that the Saudis may want to explore cooperation on oil prices and major energy, trade, and investment deals.

In geopolitical terms, Riyadh may also believe that establishing closer ties could help move Moscow away from Iran, thereby reducing the Islamic Republic’s growing influence in the region. This is improbable, however. The Saudis already tried to erode Moscow’s ties with Iran by committing to invest $10 billion in Russia in July 2015, but Putin did not change his posture toward Tehran then and is unlikely to do so now. In this context the king’s visit may or may not lead to rapprochement with Russia, but it is clearly another sign of Putin’s expanding regional sway.