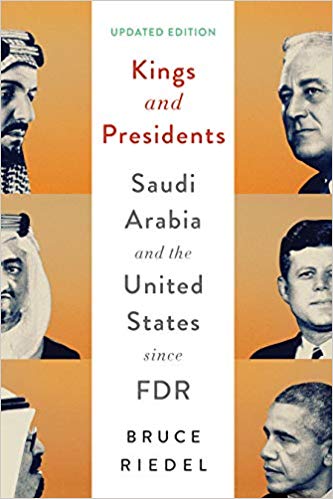 Saudi Arabia and the United States have been partners since 1943, when President Roosevelt met with two future Saudi monarchs. Subsequent U.S. presidents have had direct relationships with those kings and their successors—setting the tone for a special partnership between an absolute monarchy with a unique Islamic identity and the world’s most powerful democracy.

Although based in large part on economic interests, the U.S.-Saudi relationship has rarely been smooth. Differences over Israel have caused friction since the early days, and ambiguities about Saudi involvement—or lack of it—in the September 11 terrorist attacks against the United States continue to haunt the relationship. Now, both countries have new, still-to be-tested leaders in President Trump and King Salman.

Bruce Riedel for decades has followed these kings and presidents during his career at the CIA, the White House, and Brookings. This book offers an insider’s account of the U.S.-Saudi relationship, with unique insights. Using declassified documents, memoirs by both Saudis and Americans, and eyewitness accounts, this book takes the reader inside the royal palaces, the holy cities, and the White House to gain an understanding of this complex partnership.