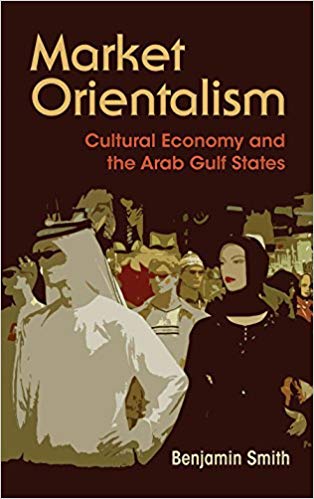 Although the Arab states of the Persian Gulf are leaders in many of the measures of absolute wealth that have traditionally defined success in the global economy, they have had a much harder time becoming accepted in the equally fractured and hierarchal realm of the cultural economy, where practices, signs, and perceptions of propriety matter.

Market Orientalism examines how emerging markets are imagined as cultural economic spaces―spaces that are assembled, ranked, desired, and sometimes punished in ways built on earlier forms of dealing with “backward” economies and peoples. Such imaginations not only impact investment and guide policy, but also create stories of economic value that separate “us” from “them.” While market Orientalism functions anywhere that questions of “deserved” wealth come down to cultural/economic differences between places, Smith focuses on the Arab states of the Gulf. By combining field research with extensive analysis of news archives concerning the cultural economies of the Gulf states, Market Orientalism addresses important motivations for economic relations and provides a framework to analyze how prejudice, fashion, taste, and waste are vital to both narrow and widespread forms of economic activity.