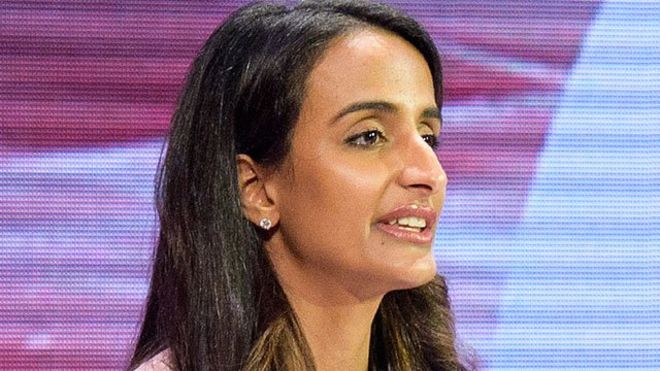 If the personal is political, then Sheikha Hind, a senior member of Qatar’s ruling royal family, gives a very direct answer to her views on the end of the driving ban for women in Saudi Arabia.

“I have two asthmatic boys and when you need to take them in an emergency at 02:00 – and your husband is on a business trip… We’re talking about safety.”

“It’s a great decision,” she says, as a parent as well as a driver, distancing herself from any suggestion that women should not have equal rights in such matters.

Sheikha Hind, 33, is the sister of the ruler of the wealthy state of Qatar – a country currently at the centre of a tense blockade and Middle Eastern power struggle.

If Qatar’s neighbours want to isolate the country, Sheikha Hind is on a mission to reach out and present a distinctly modern, young and female face to the outside world. 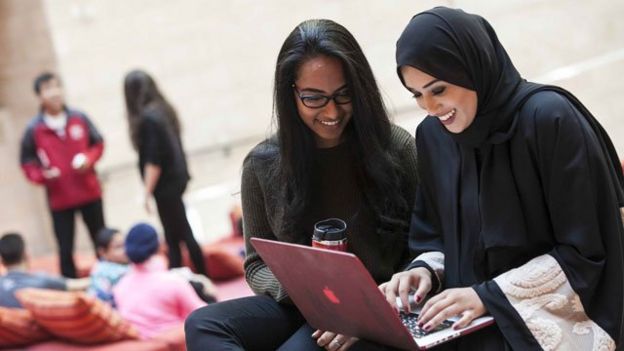 “When the blockade happened we were all shocked. We didn’t see it coming.”

And, speaking in London, she says she wants to counter perceptions of her country being an “ultra-conservative” Muslim state.

Her own background is determinedly international, having been a student at Duke University in the United States and at University College London in the UK.

This exposed her to some of the narrow views held by young Westerners about the Arab world.

“When I was in America, I got a comment that I thought you lived in tents,” she says.

“What I’d like people to understand is that we’re as normal as you are.

“We might have different traditions and cultures, but that doesn’t make us very different. We all want highly educated citizens. We all want to have opportunities for every single person in our country.” 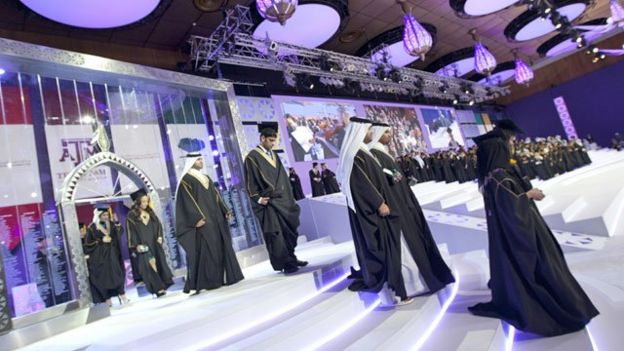 Education has been a big deal for Qatar – including pouring huge amounts into building a campus for eight international and two Qatari universities.

Sheikha Hind is now chief executive of the Qatar Foundation, the vehicle created almost 20 years ago for an epic-scale investment in education.

It has the hard-headed ambition of turning Qatar into a “knowledge economy” built on a well-educated workforce – ready for when the income from gas and oil runs out.

“In the end, we’re a very small country. If we can make sure that the majority of our residents are educated so that they can be active citizens, then we’ll be satisfied. We still have a long way to go, but we’ve started.”

But education is about asking difficult questions. For instance, can students discuss the merits of democracy over an autocracy?

“I’m sure they have those debates,” she says. 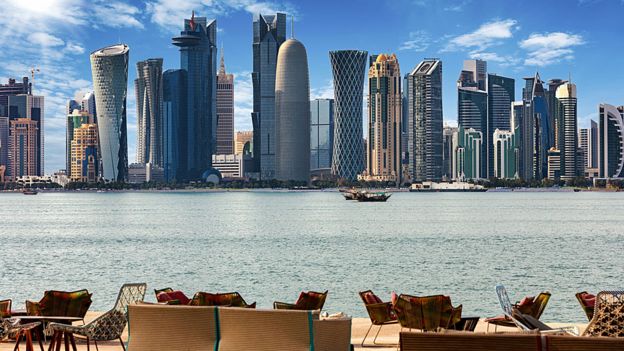 “That’s something we teach our students. You think for yourself, you listen to every side of an argument. We support that approach.”

“We have academic freedom in our campus and that encourages dialogue and any topic or issue,” she says.

Although she adds that in defining “democracy”, there is a wide “spectrum” of meanings.

In terms of women’s access to education, she says that 65% of students in Qatar are women – and the current challenge is to recruit more men into higher education.

She is from a line of strong women – daughter of the Sheikha Moza, mother of the current ruler and often described as one of the most influential women in the Middle East.

Growing up in the centre of the country’s ruling family, she says “work and personal life are not really divided”.

She is part of the next generation of Qatar’s royal family, redefining the next stage of the country’s development. 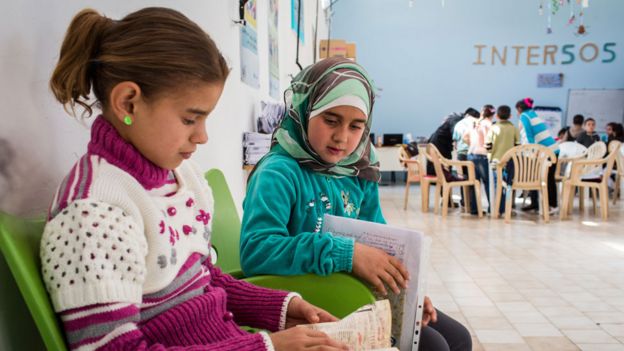 This will mean investing even more in education – and finding better ways to motivate wealthy young people who have grown up without any hardship to spur them on.

Sheikha Hind says she is looking to develop different types of school to raise standards and to tackle the problem of motivation.

The blockade has so far not stopped one of Qatar’s biggest below-the-radar exports – education to some of the world’s poorest countries and out-of-school refugees.

Although Qatar has high profile “soft power” projects, not least hosting the World Cup, its extensive funding for education, including under the Education Above All banner, has often been curiously hidden away.

“It’s a very cultural thing. It’s also rooted in Islam. If you donate money, you don’t put your name on it,” she said.

“We’re not very good at taking credit. It’s something that we’ll have to change and we’ll have to talk about it,” said Sheikha Hind.

As with so many parts of this question of Qatar’s identity, she says “the perception is very different from the reality”.