A few days before the upcoming Gulf Cooperation Council (GCC) summit in Saudi Arabia, there have been some signals that tensions are thawing between the GCC states. The Forum asked six Gulf experts whether they think the crisis will be resolved at the upcoming summit and what the resolution and intra-GCC relations could look like. 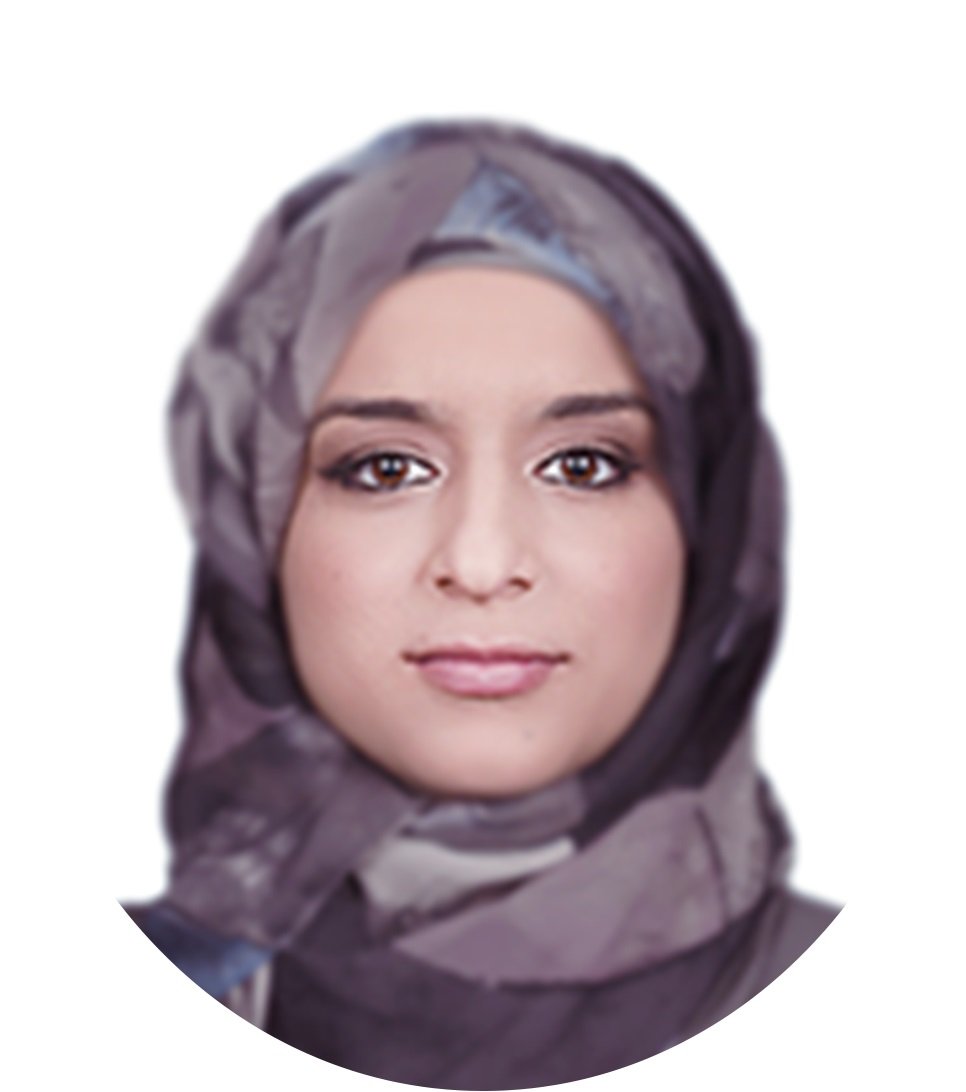 A rapidly evolving series of events in the Gulf Region have made it obvious that the region is moving toward reconciliation in regards to the Gulf crisis. While this observation is generally accepted, there remain questions regarding how successful negotiations might be, and what they could ultimately entail.

Central to these uncertainties are questions as to whether this rapprochement will be a comprehensive reconciliation involving Qatar and all of the blockading states (Saudi Arabia, UAE, Bahrain, and Egypt), or a bilateral reconciliation potentially between only Doha and Riyadh.

Due to it’s sharing of Qatar’s only land-border, Saudi Arabia is the most important actor among the blockading states within these talks. Reaching an agreement with Saudi Arabia alone would alleviate the most restrictive aspects of the blockade, as previously utilized routes for the transportation of goods could once again be used, a significant amount of airspace could be re-opened, and cross-border investments could unlock opportunities for both Saudis and Qataris. Additionally, Saudi Arabia being the biggest among the GCC states gives it increased geopolitical sway relative to its neighbors. For example, a substantial gas deal, as well as the Aramco IPO incentivize Saudi Arabia to paper over political differences with the intention to procure much-needed investment.

The second-most important player in these talks is the UAE, which also gains importance due to its having been a nexus of Qatari-bound trading goods, as well as also being a location of Qatari business and investment.

Naturally, if each of the states agrees to a reconciliation, the Gulf crisis can be considered over. However, although conflict resolution has historically evidenced a ‘follow-the-leader’ tactic amongst the Gulf states, the young leadership among the blockading states may opt to buck historical precedent, meaning that the UAE will not necessarily follow Saudi Arabia’s policy. Uncertainty remains regarding what Bahrain or Egypt would do in this situation, as both KSA and the UAE have significant investment in these countries, and neither would want to end up on the bad-side of Riyadh or Abu Dhabi.

Ultimately, a comprehensive agreement would be the best outcome for the GCC, as the GCC security architecture is contingent on having a united Gulf. In spite of the possibility of the UAE going its own way, most expect the resolution to be agreed to by all of the states. Formally ending the crisis is an important first step in returning to some kind of regional ‘normal,’ however, due to the trust-deficit that has emerged in light of the 2.5 year rift, there remain many unanswered questions as to how the GCC could achieve a level of cooperation reminiscent of that prior to June 7th, 2017. 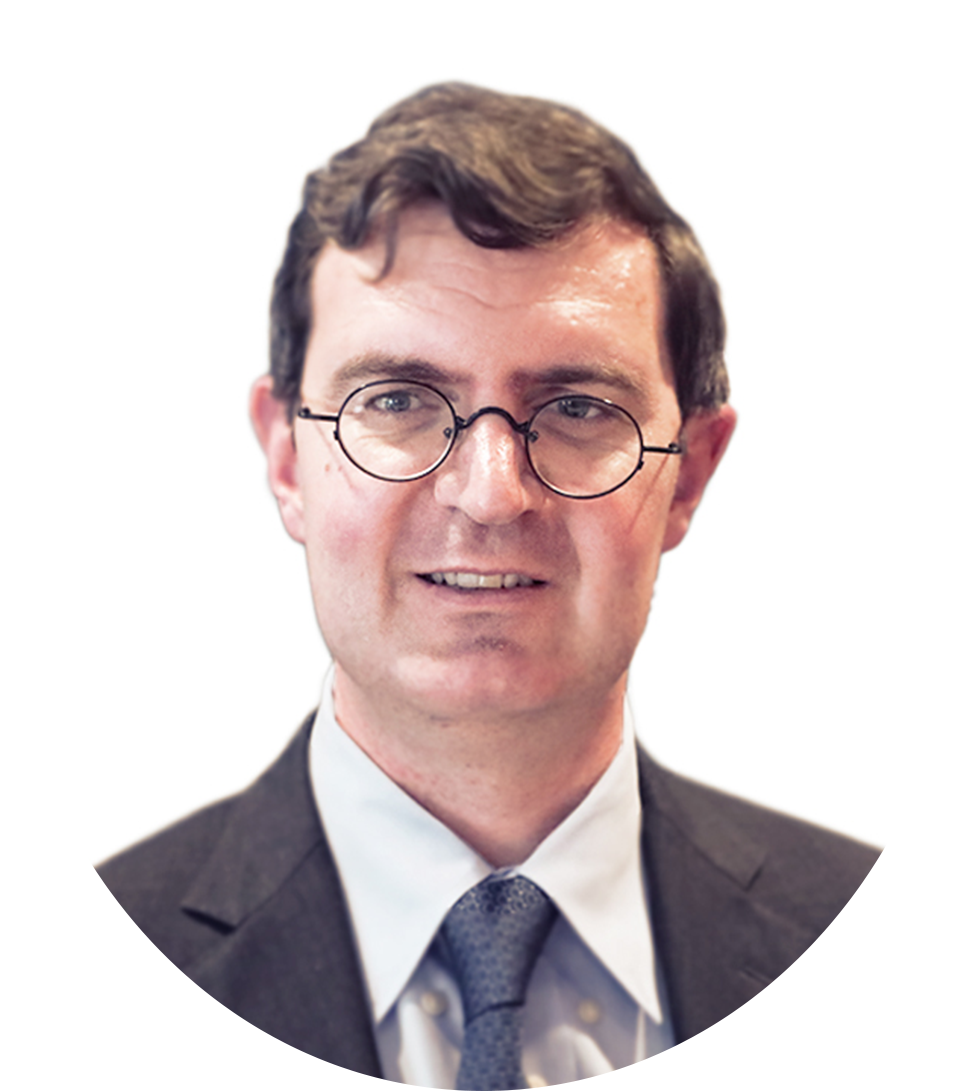 Hopes of a breakthrough to the 30 month rift in the GCC are growing as the December 10th summit in Riyadh approaches, buoyed by a recent thaw in the blockade of Qatar as Saudi Arabia, Bahrain, and the UAE sent their football teams to the Arabian Gulf Cup tournament in Doha and began a process of limited re-engagement. Negotiations behind the scenes have generated a sense of momentum, in addition to other optics – such as a dialing down of public and online rhetoric during the Gulf Cup – have also suggested that relations are, at the very least, re-emerging from their post-June 2017 deep freeze.

There is a spectrum along which events could develop at the summit, ranging from a full political reconciliation – which could happen if Qatar’s Emir Tamim bin Hamad Al Thani attends – to a lifting, or at the very least, an easing of the blockade. The attendance of Emir Tamim is only likely if a cast iron agreement has been worked out beforehand with guarantees and safeguards built in to ensure implementation. The dispute settlement mechanism within the GCC especially needs to be reassessed and strengthened to ensure that individual member states do not bypass the Secretariat and GCC institutions as they did both in 2017 and in an earlier iteration of the rift in 2014.

The fact that the blockading states’ 13 maximalist ‘demands’ of June 2017 have disappeared is a positive sign as they offered no scope for negotiation. Instead, the parties may work from the Riyadh Agreement of November 2014 that was collective in scope among all six GCC member states. Measures to ease or end the blockade include at the minimum an end to the restrictions on freedom of movement and trade, as well as the ban on overflights imposed on Qatar by the blockading states in 2017. A partial easing would see Saudi Arabia and Bahrain lift these restrictions and end family separations, while the leadership in Abu Dhabi would maintain its harder-line approach by keeping them in place. 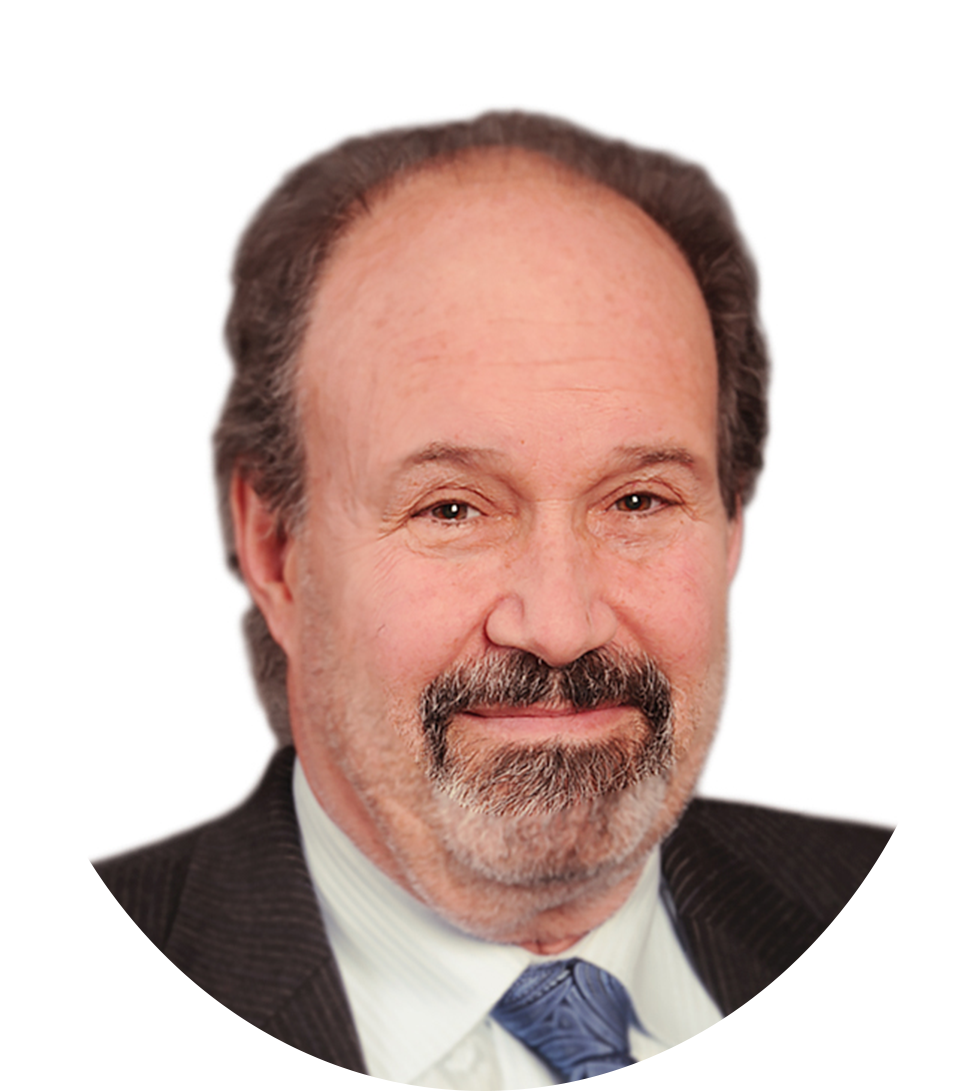 I think the upcoming GCC Summit will indeed move toward resolving the intra-GCC rift, one that has pitted Qatar against Saudi Arabia, Bahrain and the UAE (plus Egypt) for the past two and a half years. The symbolic signs of initial rapprochement are everywhere, most recently including the personal invitation from Saudi King Salman to Qatari Emir Tamim to attend the summit, in addition to other instances of high-level respectful attendance by feuding GCC princes at each other’s events. It is true that such signals have been sent before, only to crash at a summit. But this time appears different because some underlying factors have shifted lately.

At the top of that list is the new-found desire in Saudi Arabia and the UAE to defuse regional tensions, especially in the wake of the Aramco attacks by Iran. The Saudis, following in Emirati footsteps, now seem serious about winding down the Yemen war. They have not yet followed the Emirati lead in public outreach to Iran, but that is almost certainly happening behind the scenes.

A reconciliation with Qatar would fit nicely with these important policy departures. Nevertheless, the UAE appears less inclined to go this route than Saudi Arabia or Bahrain. Long-standing issues such as Qatari support for the Muslim Brotherhood and the Turkish base in Qatar, will certainly sour the mood of UAE’s leaders to make up with their archrivals from Doha at this summit.

Ironically, one major driver of pragmatic regional openings is the widespread perception in the Gulf that the U.S. can no longer be counted upon to deter Iran, or to support its closest Arab friends in the region. Even more ironically, much of this regional rebalancing actually accords with American interests in unifying GCC ranks, de-escalating the Yemen war, and avoiding an all-out military confrontation with Iran. Therefore, Washington’s reticence is having positive, if probably unintended consequences for the GCC.

The Summit will probably move toward compromise, rather than a full-fledged resolution of intra-GCC issues. A good example would be for Al-Jazeera to tone down its critical coverage and commentary on neighboring states, instead of shutting down entirely as the blockading states initially demanded. Then the “boycotting” four Arab states could ease their boycott of Qatar in return. 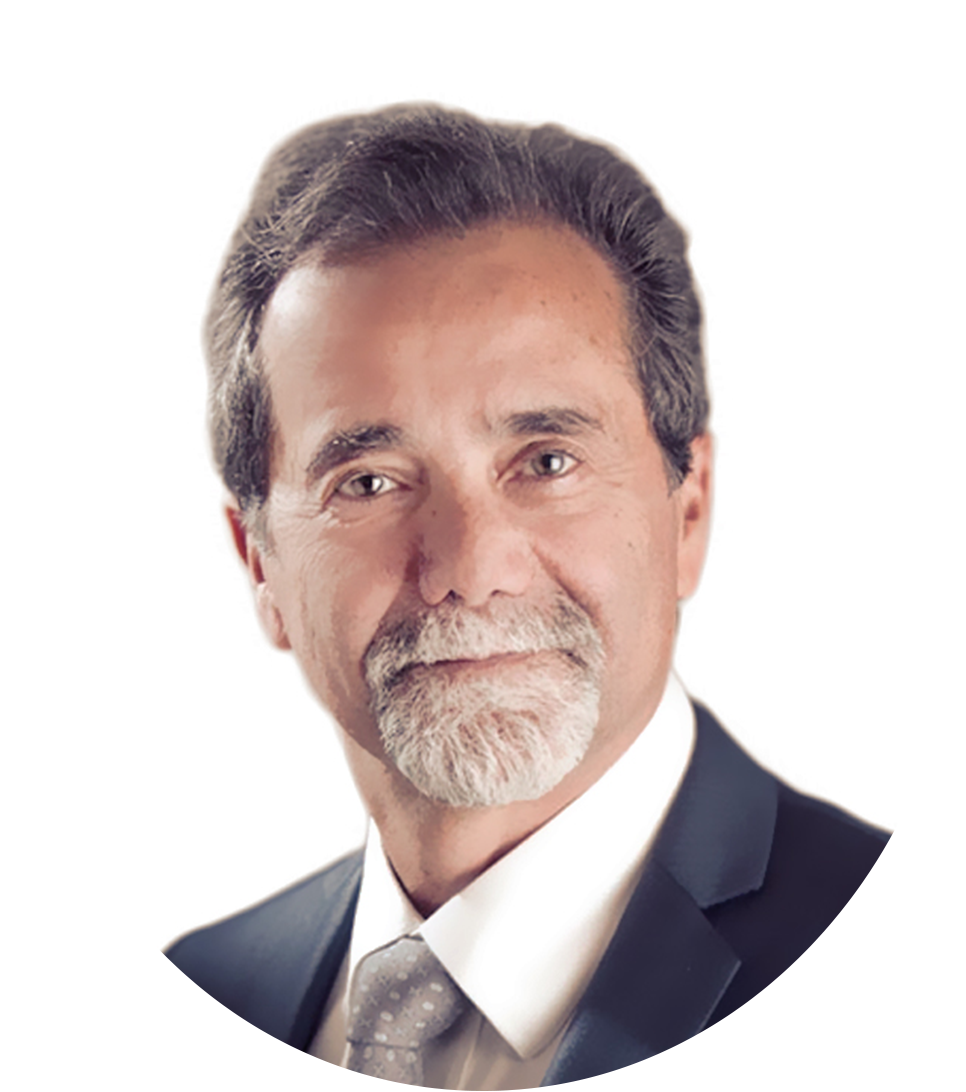 I expect a partial reconciliation with Qatar at the upcoming GCC summit. Partial, because even with the best of intentions, and presumably they are there, the institutional measures and counter measures taken over the past two and a half years will have to be reversed. This will take time, and Qatar, in particular, will have to proceed cautiously.

The war in Yemen, relations with Iran, and U.S. negotiations with the Taliban have changed regional dynamics and priorities. GCC strategies will need to be discussed and individual countries’ priorities coordinated.

Qatar can have a positive influence on these issues and on the challenges ahead, but the discussions will have to take place in a pragmatic atmosphere, away from the political posturing that has defined GCC relations in the recent past. 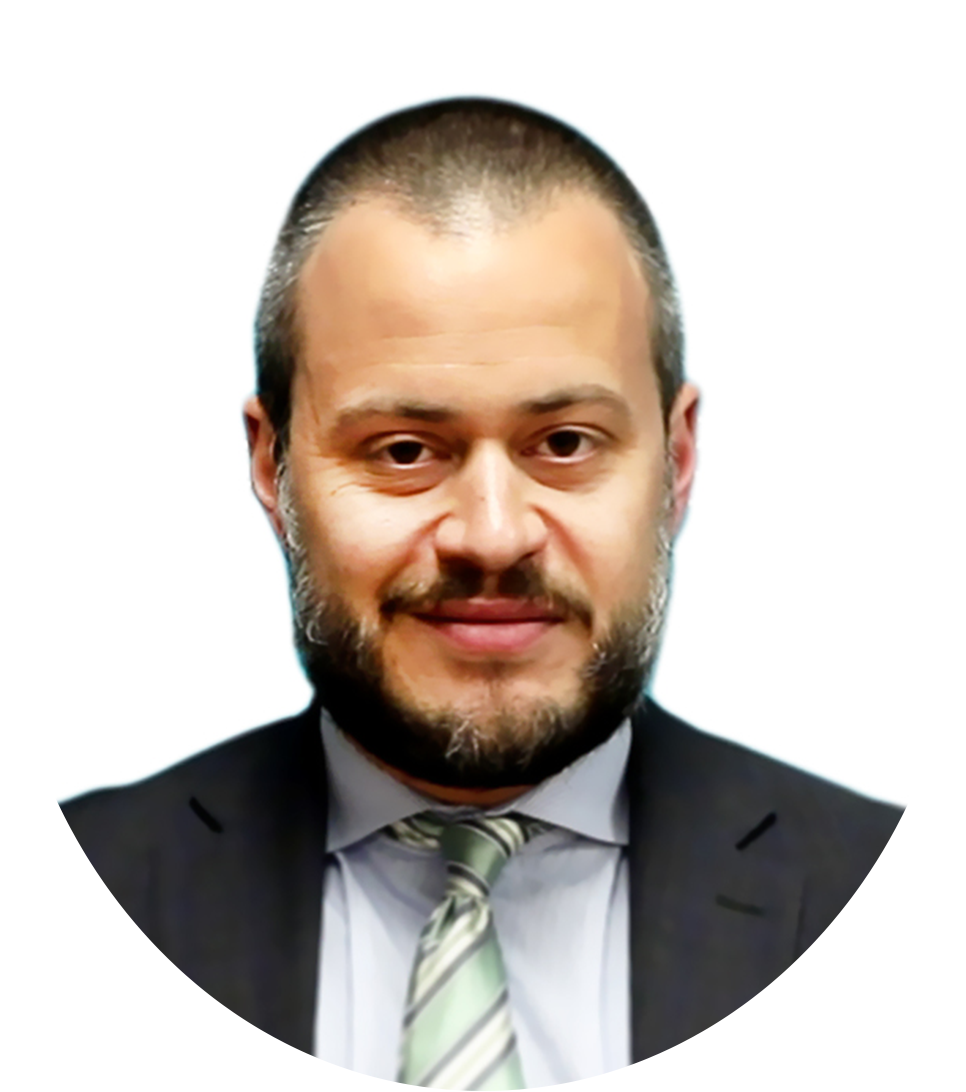 Since the Aramco attacks of September, Saudi Arabia has revisited certain characteristics of its foreign policy. Although Riyadh will likely always despise aspects of Qatar’s internal and external policies, the Kingdom has had to reprioritize its agendas to focus on serious and imminent threats, rather than those that are exaggerated or fabricated. Within this context, there has been a gradual thaw in Saudi-Qatari relations that may lead to official diplomatic ties being restored at this month’s GCC summit. Not lost in the equation are Saudi Arabia’s plans for a successful Aramco IPO to finance Vision 2030, perhaps giving Riyadh an incentive to attract Qatari investment in the Kingdom’s transformation agenda.

Yet, it is not safe to assume that all members of the so-called Anti-Terror Quartet (ATQ) will see eye-to-eye with Riyadh. Given different perspectives, priorities, and tactics on the part of Saudi Arabia and the UAE, (most notably underscored by the violence that shook Aden and other parts of southern Yemen in August), Riyadh and Abu Dhabi will possibly approach the issue of GCC reconciliation differently. The damage to Emirati-Qatari ties, which have been worse than those inflicted on Saudi-Qatari relations throughout the Gulf crisis, could take substantial time to heal. There is a possibility of different perspectives on reconciliation with Doha adding an additional layer of tension to Saudi-Emirati relations. Such a development would unfold against the backdrop of other regional issues that have fueled notable, albeit manageable, friction in Riyadh and Abu Dhabi’s otherwise extremely close alliance.

For Kuwait and Oman, any easing/lifting of the blockade on Qatar would be a welcome development and signs of Kuwait City’s and Muscat’s successes as diplomatic bridges between the ATQ and Doha since mid-2017. 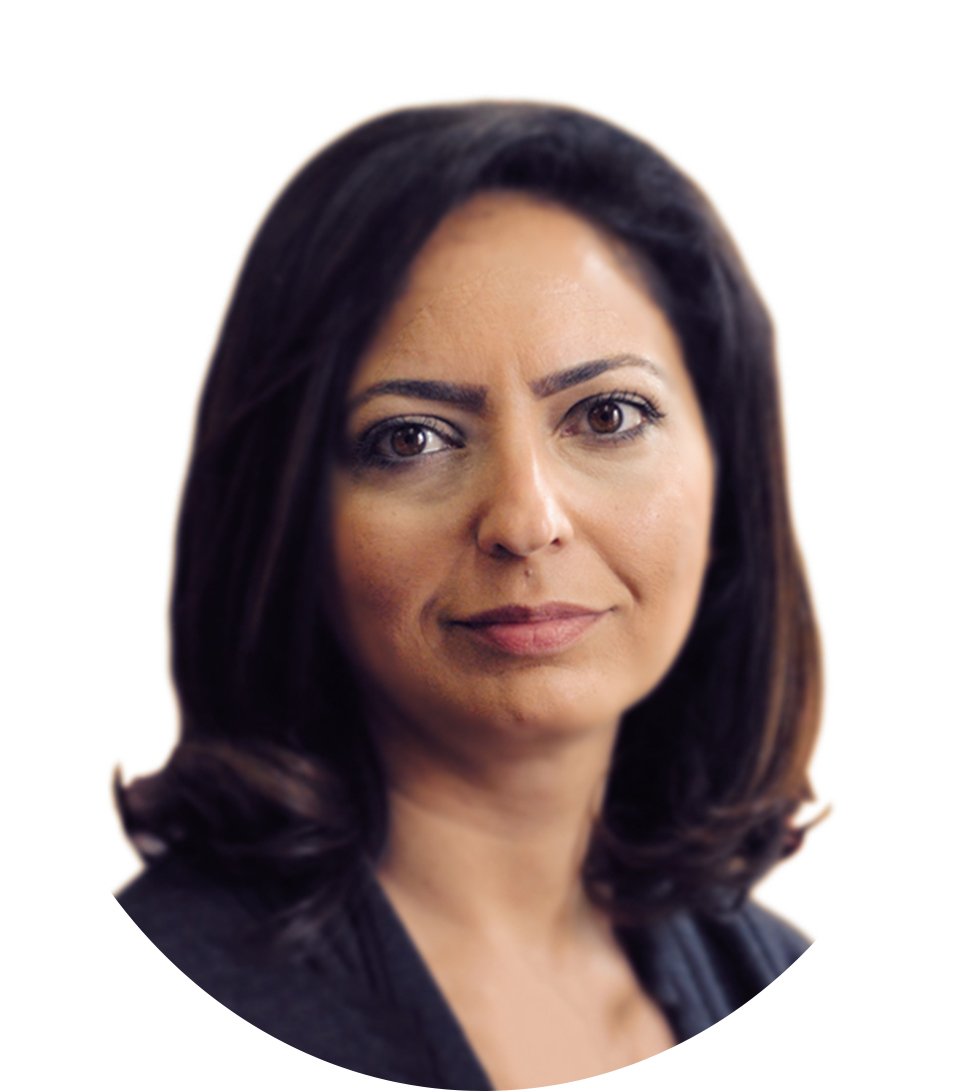 The forthcoming GCC summit must be seen as an urgent opportunity to bring its member states together to face threats and challenges with a common vision at this critical time for the Gulf region.

A full-fledged GCC summit has not taken place in three years. The 2017 summit in Kuwait was not attended by the leaders of Saudi Arabia, the UAE or Bahrain and was cut short. One year later, the Emir of Qatar did not attend the 2018 summit in Riyadh. Truncated summits have had a detrimental effect, risking a precedent of summits becoming arenas for political posturing rather than forums for robust decision-making on issues of strategic interest to the Gulf region. Ultimately the region’s political, economic, and security viability is dependent on genuine cooperation among the member countries.

Meanwhile, divisions within the GCC have been exploited by other regional powers, mainly Iran, to increase their influence in the Gulf region and beyond. Iran, in particular, has been adept at taking advantage of divergences within the GCC and individual member states’ concerns about their national security, to pursue bilateral relations that may appear to serve these individual interests. However, this may ultimately serve to break down the GCC and benefit Iran’s ambitions to become a leading regional power.

All Gulf Arab countries need to weigh the pros and cons of their stance towards the Gulf crisis and create a pragmatic solution that puts the Gulf region’s political, security and economic interests ahead of individual political positioning taken at the expense of other GCC member states. While certain individual positioning is meant to embolden the standing of those involved in this diplomatic rift in the short term, in the long term it can ultimately turn against all GCC member states’ national interests.

The forthcoming GCC summit is an opportunity to begin resolving differences in order to prevent the snowballing crisis that has been rolling since 2017 from continuing to grow.