A Fractious, if Enduring Partnership

Like any close bilateral relationship, the U.S.-Saudi partnership has experienced peaks and troughs, and due to misperceptions on both sides, Washington and Riyadh are currently in a trough. The Biden administration believed that meeting with Saudi Crown Prince Mohammed bin Salman in July would wipe the slate clean and return relations to a familiar pattern, wherein the Kingdom responds favorably to American requests regarding the global oil market. The Saudis, on the other hand, seem to feel that Biden’s discussion of the murder of journalist Jamal Khashoggi immediately after the meeting was a breach of protocol, negating any positive effect the meeting may have had. The Biden team returned to Washington, having irritated much of their domestic base while mistakenly feeling they had improved their relationship with the Kingdom when in reality they had not.

On the other hand, the Saudis seem to have once again mistaken their demonstrable influence in American security and foreign policy circles for influence over America at large. Outside of narrow government and foreign policy elites, there is no constituency in America —outside of narrow government and foreign policy elites—that is sympathetic to Saudi Arabia. The Saudis also appear to have missed the widely held American conviction that high energy prices only bolster Vladimir Putin, and maintaining these high prices serves only to perpetuate Russia’s war in Ukraine.

The pressures of upcoming midterm elections have only exacerbated the rift between Washington and Riyadh. The upcoming vote has always looked difficult for the ruling Democratic Party—the opposition party has gained ground in every midterm election since 2006— but now price increases in that most inelastic and price-visible commodity, gasoline, have only fueled their electoral worries. Having prematurely drawn from the strategic petroleum reserve over the summer, the Biden administration appears to have no option other than to weather the storm. This is cold comfort for legislators such as Rep. Tom Malinowski, who is considered by pollsters to be the most vulnerable Democratic member of Congress and who, perhaps not entirely coincidentally, has proposed legislation aimed at curtailing U.S.-Saudi ties. More reckless legislation has been proposed in Congress by other legislators, most of whom lack Malinowski’s long commitment to human rights work, in the full knowledge that these performative acts stand little chance of passage.

When misperceptions collide, the results are rarely pretty. Both sides will feel aggrieved and may speak out against each other in less-than-diplomatic terms. Bills that restrict the United States’ relations with the Kingdom will be opposed by the administration on institutional grounds, as the executive generally resists restrictions on its conduct of foreign policy. The few Saudis who speak on behalf of the Kingdom’s leadership will continue their customary silence. Both sides recognize the strategic importance of the bilateral relationship, and both sides know that the relationship is one based on interests, not sentiment, and that the partnership must endure moments of friction and disagreement such as this.

At the same time, both sides must remain free to signal their displeasure to the other, as well as to their respective publics. The difficulty both sides face lies in announcing dissatisfaction without causing permanent damage to the relationship. It is unlikely that drastic actions that permanently alter relations will take place today; the U.S.-Saudi partnership has been carefully developed and maintained over decades, and survived extreme Congressional and bureaucratic scrutiny in the past. Observers can expect to see the suspension of high-level visits and talks, which many within the U.S. government already regard as burdensome and ineffective. Though cold winds may be blowing now, this weather will change with a new season, and the shared interests which bind the United States and the Kingdom will continue to bring the two countries together. The relationship may need calibration, but it will endure.

In light of the recent U.S.-Saudi spat over oil prices, Saudi Arabia has two paths forward. Riyadh may continue its policy of determining oil production and pricing independent of Washington, while deflecting criticism that this policy aims to influence American domestic politics, or it may side more decisively with Russia to achieve its own economic and geostrategic objectives. The problem is, however, that the trust deficit between the two countries has grown so great that either course of action is unlikely to change U.S. perceptions. Indeed, the Saudi delegation at the UN General Assembly last month voted in favor of a U.S.-drafted resolution condemning Russia’s invasion, occupation, and annexation of parts of Ukraine. Earlier this month, Saudi Crown Prince Mohammed bin Salman promised Ukrainian President Volodymyr Zelensky $400 million in non-lethal humanitarian aid. In spite of these actions, seemingly calibrated toward currying favor in the United States as much as helping Ukraine, American political leaders and media institutions have continued to argue that the recent OPEC+ production cuts have imperiled the U.S.-Saudi relationship.

In an attempt to move beyond the recent impasse, the Saudi leadership could try to change the conversation about the U.S.-Saudi strategic partnership, as the bilateral relationship rests on shared strategic interests, not simply oil prices. Focusing on multilateral security cooperation in the Gulf, or attempting to mediate between Russia and Ukraine, could be useful in this regard. Thus far, however, each side seems insistent on emphasizing its right to pursue independent and self-serving foreign policies, rather than seeking a means to work through their differences. 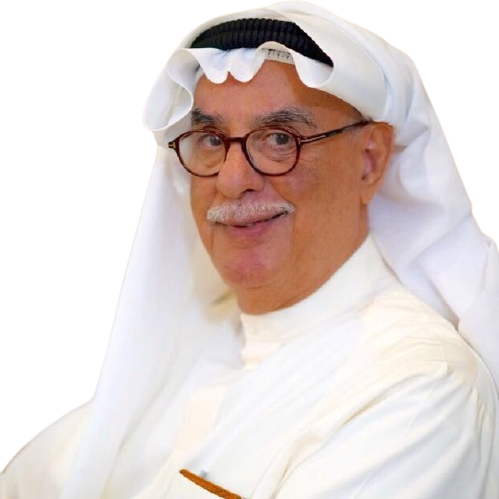 The Twilight of American Power in the Gulf

The current diplomatic crisis between the United States and Saudi Arabia over the price of oil is not the first bilateral schism and will not be the last. In the 1980s, I published a volume that analyzed the politics of oil and international relations. The work discussed the relationships between oil-producing countries and British and American oil companies, with an emphasis on how interests affected the durability of these relations. Production of oil in the last century was subject to the whims of British and American oil companies. This dynamic had a significant impact on the relations between the West and non-Western oil-producing states. For instance, in the last century when Saudi Arabia requested that the Arabian American Oil Company (Aramco) reallocate oil dividends more fairly, Aramco agreed. However, when other oil producing countries made similar requests of British oil companies, they were often rejected. This deprived these fledgling states of economic resources vital to their development. In turn, oil-producing states suffered from political unrest and revolutions, and they often took the drastic step of nationalizing their oil sectors. During this era, the U.S. was at the peak of its power in the Middle East and was comfortable making concessions and reaching compromises with the states it favored. By contrast, the UK was a declining power—a fact that led to intransigence from London, which felt that it had to preserve its fleeting status through tough negotiations and stonewalling.

Today, the U.S. is acting like the UK of the 20th century. In its dealings within the Middle East, it has been stubborn, loath to compromise, and suspicious of a wider erosion of American power. The last few administrations have exhibited an increasing tendency toward obstinacy. Many internal and international developments—the rise of China, Russia’s invasion of Ukraine, and domestic inflation chief among them—have led to the relative decline of American power, prompting Washington’s harsh reaction to the OPEC+ oil production cuts.

It is also noteworthy that Saudi Arabia is only one of 14 countries in OPEC+. In their public statements, Saudi officials have emphasized the collective decision-making of the group and argued that Riyadh has been unfairly singled out for criticism by Washington. At the same time, the United States continues to benefit from increased natural gas exports to Europe while gas prices are at a record high, leading some U.S. partners in Europe to complain about high U.S. gas prices.

In the end, the overreaction to the OPEC+ decision is the clearest indication yet of a political bubble that has enveloped Washington. If the Biden administration views the OPEC+ production cuts as a tool to weaken the White House ahead of the midterm elections, it has sorely misjudged the situation. 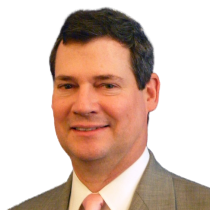 What to Expect From the Re-evaluation of U.S.-Saudi Ties

Is this a crisis point in US-Saudi relations? President Joe Biden promised to review bilateral relations with the Kingdom after it recently sided with Russia within OPEC+ to restrict global oil supplies, ignoring pleas from Washington to delay the move. The Saudis, in their own passive-aggressive way, have made clear their disdain for Biden, and today appear to be drawing closer to both Russia and China. The fabric of bilateral relations between the two long-term partners has been frayed as never before. Where do the United States and Saudi Arabia go from here?

If it is to be taken seriously by Riyadh, the Biden administration must make good on its pledge to impose “consequences” for the OPEC+ decision. There are a number of levers Washington could pull to punish Saudi Arabia. Suspending all arms sales while reviewing whether these support broader U.S. regional goals, instead of simply fulfilling royal wish lists, would be one course of action. Another would be a serious, public consideration of downsizing the U.S. military and training presence in the Kingdom and transferring assets elsewhere in the region—, for example to Qatar, which already hosts the largest U.S. military base in the Middle East and was recently declared a major non-NATO ally. A third would see the United States push back more aggressively against Saudi repression at home and intimidation of dissidents abroad, both of which are affronts to international human rights standards and the Biden administration’s foreign policy goals. Such actions should be accompanied by a comprehensive review of the overall Saudi-American political-military relationship, analyzing whether it continues to serve U.S. interests to the extent it once did.

We should not expect fundamental changes to America’s relationship with the Kingdom, however. The accumulated weight of decades of U.S. acquiescence to Riyadh’s wishes, and the largely unquestioned linkage of U.S. and Saudi interests, may prove highly resistant to strategic restructuring. In spite of surface-level tensions between Washington and Riyadh, most policymakers at the State Department and the National Security Council continue to assume that Riyadh remains an indispensable bulwark of regional stability and will obligingly support the United States on the most important issues. These voices find support from the U.S. defense industry, as well as the dozens of former senior American military officials who have found lucrative employment in the service of the Kingdom. In any case, the Biden administration’s promised “review” of U.S.-Saudi relations appears to have no structure, momentum, or timetable at present, and may very well fail to get off the ground.

One thing is certain: Crown Prince Mohammed bin Salman is undertaking his own re-evaluation of the bilateral relationship, and he appears to be working from a different set of assumptions. Biden and his administration would do well to hasten their own review before MBS makes all the decisions for them.