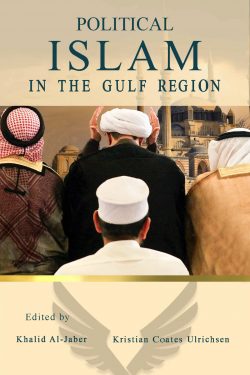 You can purchase the book HERE

For a variety of contributing factors, the defense and security status of the Gulf region is facing a dilemma between the maintenance of regional security and the preservation of domestic security interests. This dilemma stems from the perceived decline of U.S. influence and lingering consequences of the Arab Spring movements. Divisions and armed conflicts, both within the Gulf itself and the surrounding region are a result of this changing political order and the ascension of many of the Gulf states on the international scene. These evolving dynamics will set in motion various defense and security consequences for the Gulf and the greater Middle East which are addressed in this edited volume. With contributions from practitioners as well as academics, this book will be a vital resource for both researchers and policymakers.

Chapter 2 RELIGIOUS CURRENTS IN THE GULF: FROM ALLIANCES TO CLASHES

Dr. Khalid al-Jaber is the Director of MENA Center in Washington D.C. Previously, he served at al-Sharq Studies & Research Center and as Editor-in-Chief of The Peninsula, Qatar’s leading English language daily newspaper. Al-Jaber is a scholar of Arab and Gulf Studies, and his research focuses on political science, public diplomacy, international communications, and international Relations. He has published scholarly works in several academic books and professional journals, including the World Press Encyclopedia, Sage, and Gazette. Dr. Al-Jaber obtained his PhD from the UK and MA from the USA. He also holds a postgraduate diplomas from Fordham University, Stanford University, and Georgetown University.

Chapter 3: THE PROBLEM OF CITIZENSHIP IN GULF ISLAMIST IDEOLOGY

Dr. Ali Fahd Al-Zumai’ is the Founder and Chairman of the Board of Trustees of the Endowment for Development Studies. Born in the State of Kuwait, he obtained his university degree from the College of Sharia and Law at Kuwait University in 1979. He received his PhD in Contemporary Political Science from the University of Exeter-UK in 1989. In 1996 he was appointed as Minister of Endowment and Islamic Affairs. He held the Ministries of Planning and the Ministry of State for Administrative Development in the State of Kuwait. His most important research and scientific interests are issues of political and economic reform and development policies, especially those related to contemporary Islamic thought, with nearly more than 60 researches and studies published in these fields.

Dr. Courtney Freer, Non-Resident Senior Fellow at Gulf International Forum and a Research Fellow at the Middle East Centre at the London School of Economics and Political Science. Dr. Freer’s work focuses on the domestic politics of the Gulf states, with interest in Islamism and tribalism. She previously worked at the Brookings Doha Center and at the U.S.–Saudi Arabian Business Council. She holds a MA in Middle Eastern Studies from George Washington University and a Ph.D. from the University of Oxford. Her book Rentier Islamism: The Influence of the Muslim Brotherhood in Gulf Monarchies was released in 2018 with Oxford University Press.

Abdullah Yousef Sahar Mohammad is a Professor of International Relations at the Political Science department of Kuwait University. He graduated from Kuwait University in 1985 with a BA in Political Science. He obtained his MA in International Affairs from Florida State University in 1988. He obtained a Ph.D. from the University of Kentucky in 1994 and has also been a visiting Professor at the London School of Economics and Political Science in 1997–8. Among his area of interests are non-governmental organizations, security studies, political economy, and studies of political Islam. His publications have dealt with matters such as the Orientalism school and the Western policy toward Muslim and Arab, the impact of globalization on the Third World, the Arab–Israeli conflict, terrorism, Iran foreign policy, and Western involvement in oil-related issues in the Gulf.

Dr. Ali Alkandari is a history professor at Kuwait University specializing in Islamist movements, social transformations, and the contemporary history of the Gulf. He completed his undergraduate study at Kuwait University and received a PhD from the University of Exeter in 2014. He also served as a member of the National Union of Kuwaiti Students from 2010 to 2013, serving as its president during his final year. He has appeared widely as a contributor on Gulf media networks, including Al Jazeera Arabic, Al Jazeera English, and Al Arabi.

Giorgio Cafiero is the CEO and founder of Gulf State Analytics, a geopolitical risk consultancy based in Washington, DC. His research interests include geopolitical and security trends in the Arabian Peninsula and the broader Middle East. Mr. Cafiero is a regular contributor to several publications including Al Monitor, The National Interest, and LobeLog. From 2014-2015, he was an analyst at Kroll, an investigative due diligence consultancy. He received an M.A. in International Relations from the University of San Diego.

Chapter 8 THE FUSION OF POLITICS AND RELIGION IN IRAN By Dr. Sina Azodi

Kristian Coates Ulrichsen, Ph.D., is a Baker Institute fellow for the Middle East and Senior Non-Resident Fellow at Gulf International Forum. Working across the disciplines of political science, international relations and international political economy, his research examines the changing position of Persian Gulf states in the global order, as well as the emergence of longer-term, nonmilitary challenges to regional security. Previously, he worked as senior Gulf analyst at the Gulf Center for Strategic Studies between 2006 and 2008 and as co-director of the Kuwait Program on Development, Governance and Globalization in the Gulf States at the London School of Economics (LSE) from 2008 until 2013.