Largely due to the support Damascus that has received from key allies—Russia, Iran, and Lebanese Hezbollah, President Bashar al-Assad’s regime has managed to “win” the Syrian civil war that erupted in 2011. Having taken back Aleppo in December 2016, leaving the anti-Assad rebels in control of only Idlib province, the regime’s merciless, scorched-earth military tactics have also effectively secured Assad victories on Syria’s battlefields. Meanwhile, Assad has also scored some diplomatic victories in capitals across the Middle East and North Africa (MENA). By 2019, most Arab League members that had once sought to isolate, if not aggressively overthrow, Assad’s regime have come around to reaccepting the Syrian government’s legitimacy on diplomatic and political levels. 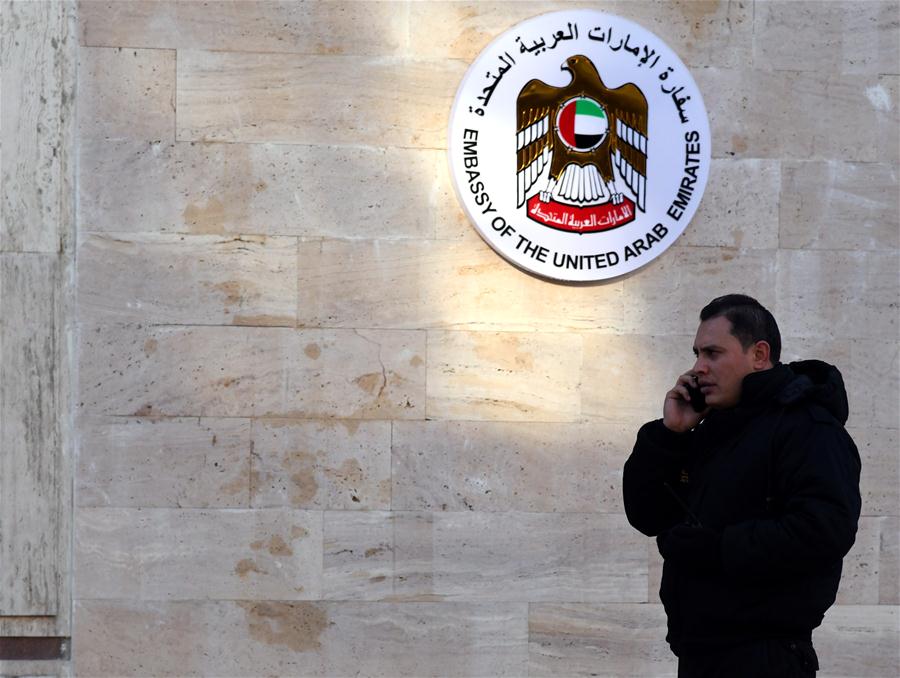 The United Arab Emirates (UAE) and Bahrain’s rapprochements with Syria late last year were significant for Assad, particularly given both Gulf states’ closeness to Saudi Arabia, which along with Kuwait may well soon restore its own ties with Damascus (although Riyadh officials have denied that such plans are in the making).[i], [ii], [iii], [iv] Jordan, Sudan, and Tunisia have also warmed up to the Syrian regime in recent months while Lebanon prepares for its port infrastructure to play a key role in Syria’s reconstruction as a major hub between China and the war-torn country.[v], [vi], [vii], [viii] At the same time, the governments of other Arab states such as Algeria, Egypt (post-Morsi), Iraq, Mauritania, and Oman never sided with the enemies of Assad’s Damascus regime, underscoring how Syria was never entirely isolated among fellow Arab regimes.

By the time of the Arab League’s upcoming summit this March in Tunis, many analysts believe that Syria’s government will have essentially completed its reintegration into the Arab world’s diplomatic fold. Yet, Qatar stands out among Arab states as Doha refuses to mend ties with Syria or accept a revocation of the Assad government’s 2011 suspension from the Arab League. Fulfilling the wishes of Nasr al-Hariri, the Syrian opposition leader who is pleading with Arab states to avoid re-normalizing relations with the Damascus regime, Qatar has, at least for now, ruled out the possibility of re-opening its Syrian embassy.[ix]

Speaking from Doha one day after US Secretary of State Mike Pompeo visited the Qatari capital as part of his January 2019 regional tour, Qatar’s Foreign Minister Sheikh Mohammed bin Abdulrahman Al Thani stated: “Since day one, Qatar had reasons for which it supported suspending [Arab League] membership and those reasons are still there, so we do not see any encouraging factor.”[x] Doha’s chief diplomat continued: “Normalization (of relations) with the Syrian regime at this stage is the normalization of a person involved in war crimes, and this should not be acceptable.”[xi]

Standing for Ideas in Syria

That Doha is breaking from the UAE and other Gulf monarchies on the question of relations with Syria is not surprising. Qatar, along with Saudi Arabia, was a major Gulf sponsor of the anti-Assad rebellion beginning early in the Syrian crisis. For Doha, the support for Arab Spring movements in 2011 was about adhering to a certain set of principles that made Qatar accept the region’s need for greater transparency, freedom, and protection of human rights. 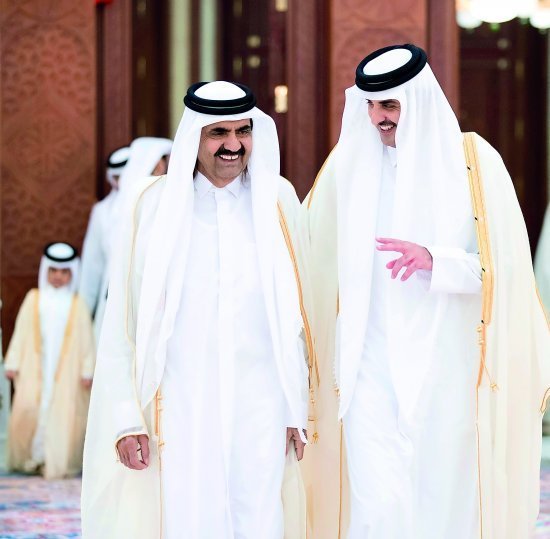 By 2011, the decision by Qatari leadership to support the Syrian rebellion was not only a moral issue but also part of a continued strategic foreign policy agenda that Doha had previously adopted in which the emirate gave support to democratic, Islamist forces over secular dictatorships. Although often described as being ideologically-motivated in their support for Islamist factions in the MENA region, Qatar’s ties with the Muslim Brotherhood are far more strategic in nature. As the Al Thani rulers saw it, in Arab states political Islam as a concept was popular and likely to shape the region’s future, thus establishing warm relations with moderate Islamist groups that agreed to play by democratic rules was most pragmatic for a small state seeking to extend enormous influence in a quickly-changing region, such as Qatar. To give unconditional support to autocratic Arab regimes that oppressed their people’s demands for greater freedom while ignoring legitimate social, political, and economic grievances was to be swimming against the tide.

By avoiding any overtures to Assad’s regime in early 2019, Qatar is positioning itself to appear principled when it comes to the issue of Syria in order to maintain special relations with Islamist groups regionwide that oppose Arab regimes re-normalizing ties with the Damascus government. To be sure, doing so may well come at the expense of Qatar’s raw economic interests such as opportunities to invest in the country’s reconstruction and secure contracts to help rebuild infrastructure, homes, hospitals, and schools. But Doha sees such costs as worth paying compared to the humiliation of re-establishing relations with Assad’s regime in Damascus.

Beyond ideational dimensions of Doha’s foreign policy vis-à-vis Syria, Qatar’s refusal to reaccept the legitimacy of Assad’s government also factors into Doha’s position in the Middle East’s wider geopolitical order that leaves the emirate viewing perceived threats from Syria differently from the other GCC states.

In the Gulf region’s post-June 2017 environment, defending Qatar’s own security and sovereignty from the blockading states has become Doha’s top foreign policy priority. Thus, quite naturally the conflict in Syria no longer receives as much of the Qatari government’s attention or resources as it previously did when Doha and Riyadh were aligned in efforts to topple Assad (albeit with disagreements over which Sunni rebel factions to back). Russia had not yet waged its direct military intervention in support of the Damascus regime, and it appeared that anti-Ba’athist revolutionaries had good chances of toppling the Ba’athist order.

Yet nearly 20 months into the GCC crisis, Qatar has grown quite close to Turkey and Iran, against the backdrop of Riyadh and Abu Dhabi’s foreign policies becoming increasingly anti-Turkish and anti-Iranian. Thus, Saudi and Emirati leaders are aiming to bring Syria back into the Arab fold by establishing new relations with Assad’s government, thereby keeping Damascus out of Ankara and Tehran’s orbit of influence. Qatar, on the other hand, is far more comfortable accepting a post-conflict Syria that operates under a much higher level of Turkish and Iranian influence than Riyadh or Abu Dhabi could consider acceptable.

At this juncture, Qatar’s leadership is realistic in understanding how unimaginable it is for GCC states to create a wedge between Damascus and Tehran, and the extent to which Doha has become increasingly reliant on Ankara as a close defense partner. Thus, given current circumstances in the Gulf as well on the ground in Syria, Qatari officials would not see pushing back against either Iran’s or Turkey’s Syrian agendas as serving Doha’s interests. While Qatar may still perceive Iran to be posing a major geostrategic threat to Doha, the blockaded emirate has had no choice but to become far more accommodative of the Islamic Republic’s regional conduct while simultaneously coming to see the Riyadh/Abu Dhabi axis as far more threatening to the stability of MENA states.

Nonetheless, Qatar and Iran’s continued disagreement over Syria highlights how Doha and Tehran’s warming relationship in this ‘post-GCC era’ has been largely due to shrewd and highly strategic thinking on the part of pragmatic officials in both capitals, not a new ability to see eye-to-eye on all of the Middle East’s most sensitive questions such as those addressing Assad’s (il)legitimacy.