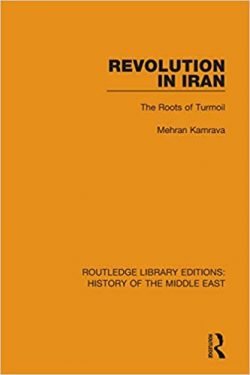 Observers of Iran have often ascribed the main cause of the revolution to economic problems under the Shah’s regime. This book, first published in 1990, on the other hand focuses on the political and social factors which contributed of the Pahlavi dynasty. Mehran Kamrava looks at the revolution in detail as a political phenomenon, making use of extensive interviews with former revolutionary leaders, cabinet ministers and diplomats to show the central role of the political collapse of the regime in bringing about the revolution. He concentrates on the internal and the international developments leading to this collapse, and the social environment in which the revolution’s leaders emerged.