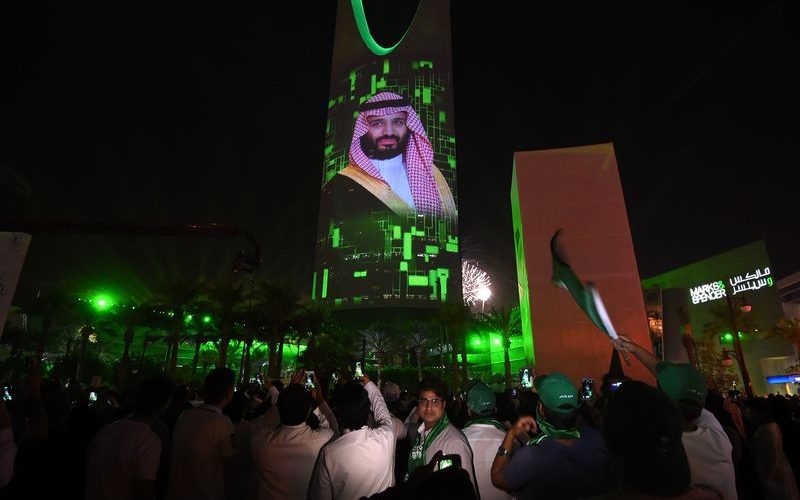 Few would describe Mohammed Al-Arefe as a defender of women’s rights. In one infamous video, the Saudi cleric explains exactly how a man should beat his wife.

But when the government decided to allow women to drive cars, up popped Al-Arefe on state TV to say what a good idea that was. “A modest woman will remain modest whether she drives or not,” he told the nation. Other religious leaders, once hostile to any departure from traditional ways, joined the chorus of approval.

The kingdom’s powerful preachers were getting with the program. A couple of weeks earlier, they’d seen what happens to those who don’t. More than a dozen prominent clerics, activists and businessmen were arrested and accused of “pushing an extremist agenda.”

nder Crown Prince Mohammed Bin Salman, Saudi Arabia is seeking to reintroduce itself to the world — opening its economy to global business, and its society to practices once deemed un-Islamic. At the same time, the limited space for criticism and debate that once existed in this absolute monarchy is being stifled.

The kingdom has become “more repressive than in the past,” said James Dorsey, a Middle East specialist at Singapore’s Nanyang Technological University. “It’s a break with the era of King Abdullah, who often sought to forge consensus,” he said. “The Salmans do not tolerate any criticism whatsoever.”

Saudi factions used to compete for influence at the royal court. Conservatives carried much more weight, and were allowed sway over social policies and education; liberals were sometimes appeased with small steps toward reform. Inertia ruled.

Things began to change when King Salman succeeded his brother Abdullah in 2015. The transformation accelerated — and the circle of decision-making narrowed — with the rise of Salman’s son to a dominant position in the government.

Prince Mohammed envisions a “vibrant society,” with more women in the workforce and more entertainment options. His economic program is based on a radical shift from public to private sector, and diversification out of oil. He’s cited the disruptive innovators of Silicon Valley, like Facebook Inc.’s Mark Zuckerberg, as role models.

It’s not all coercion. The crown prince has cozied up to many potential critics. He posed for a photo with Al-Arefe, the smiling preacher’s arm wrapped around him, and held a personal meeting with a once-oppositional cartoonist.

But ultimately, change on this scale can only come from the top down, some supporters say.

“You need a very firm hand to see this through without provoking chaos,” said Ali Shihabi, who’s close to the government and executive director of the Arabia Foundation in Washington. “The country is going through a generational succession, the government is undertaking a herculean effort to restructure the country amid low oil prices, and it’s under attack by Shiite and Sunni jihadis and Iran.”

A search for consensus would be futile, he said, because “the political spectrum between the conservatives and the liberals is so wide as to be impossible to reconcile.”

Critics see it differently, even if they increasingly have to leave the country in order to say so.

“Saudi Arabia never was an open society, but it never was a kingdom of fear,” said Jamal Khashoggi, a senior journalist and former government adviser now living in self-imposed exile in the U.S. The wave of arrests is “part of the closing down of space for freedom of expression,” he said.

That’s also affecting liberals, often a term of abuse in the kingdom. On the night of the driving decision on September 26, authorities began calling prominent women’s rights advocates and warning them not to publicly celebrate — or face consequences, according to four people familiar with the matter. One of them speculated that the government didn’t want activists to get any credit for the decision, preferring to highlight the role of the leadership.

The government’s new Center for International Communications denied the claim, saying that “no one has been censored or warned about expressing their views.”

Shihabi said the government didn’t want activists provoking the conservative base, preferring the airwaves to be “dominated by voices from the religious establishment.”

“They need to manage the narrative,” he said.

After decades of unresponsive communications, the government has hired new public relations firms and appointed a U.S.-educated spokeswoman for its embassy in Washington. Its new media office in Riyadh is staffed by young and tech-savvy English speakers.

It all amounts to a “global public-relations coup,” said Tim Cooper, a London-based economist for BMI Research, a unit of Fitch Group. The driving announcement was a success on those terms, he said: “If Saudi Arabia wants to demonstrate that it’s open to foreign investment, these are the sort of things that continue to put it on the map.”

Outside Saudi borders, controlling the narrative is harder. Khashoggi aired his concerns in a Washington Post op-ed last month, declaring the kingdom had become “unbearable.”

The crackdown continued last week when 22 people were arrested for “inciting public opinion” on social media. Some educated and previously outspoken Saudis are making plans to leave the country. During a recent conversation, one elite Saudi lowered his voice to say he’s looking for a way out. He said he loved the country and wanted its transformation plan to succeed, but was worried that only “yes-men” could thrive in the current climate.

The tougher policies at home and abroad are intertwined in the Twitter hashtag “black list,” launched by royal court adviser Saud Al Qahtani in August. He urged Saudis to name and shame people who took Qatar’s side in the Gulf dispute. There’ll be “tough judgment and pursuit” for every “mercenary” who gets blacklisted, he wrote.

The hashtag has taken on a life of its own. Recent targets include a famous comedian who makes satirical YouTube videos, and a female activist arrested years ago for driving. Khashoggi has also been attacked online, labeled a traitor and mercenary.

“The media and the electronic army are being encouraged to go after those people,” he said. “It’s very Orwellian.”