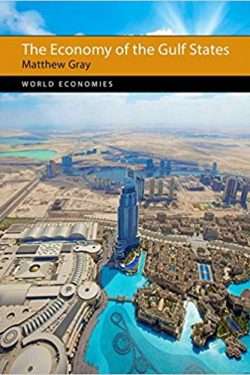 Examining Saudi Arabia, Bahrain, Kuwait, Oman, Qatar, and the United Arab Emirates, this title in the World Economies series provides a synthesis of the modern economic history and political economy of countries that collectively are a hugely important component within the global economy.

Focusing on the period since 1945 and especially on the last twenty years, the book outlines the main factors to have shaped these diverse nations, including problems of state formation and ruling elite legitimacy, the role of oil and energy, the challenges of economic geography, the wider international political setting and its impacts, and constraints to economic reform. It also explores topics more often overlooked, such as the personalization of economics, social forces such as women, youth, and expatriate workers, climate change and environmental problems, and income distribution. The book highlights the key structures that have shaped Gulf economic systems tightly controlled by the state, and a core group of political elites including royal and merchant families. These frameworks include rentierism, new state capitalism, economic statecraft, and broad narratives of regime legitimacy in each country via which the book analyzes both similarities and differences between them. Assessing the full panoply of formal economic indicators and statistics, the book also considers human factors uniquely important to development.

Concluding with an analysis of future challenges to the Gulf States’ economies, this book provides a fascinating and insightful overview suitable for a range of students and professionals.