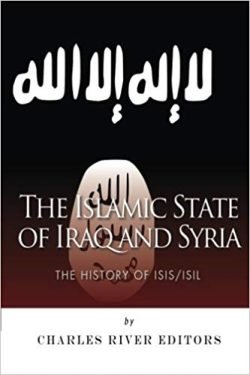 Also known as ISIS, Da’esh, al-Qaeda in Iraq (AQI), and a host of other names, the Islamic State in Iraq and the Levant (ISIL) has increasingly gained attention over the years for its brutal tactics and seemingly blatant disregard for human rights, but it has recently dominated the global media spotlight and made headlines when it attacked and seized control of Mosul, the second largest city in Iraq, and drove out an Iraqi army force that was more than five times its size in June 2014. It has since laid claim to various territories throughout Iraq and the Levant, and it has established operational control and maintained administrative structures on both sides of the Iraqi-Syrian border. Most recently, it declared the restoration of a caliphate and renamed itself the Islamic State.

The ever-deteriorating crises in Iraq and Syria have continued to highlight the prolific activities of ISIS, but as a unified organization, ISIS is believed to consist of only a few thousand militants led by a shadowy and secretive leader named Abu Bakr al-Baghdadi. Nonetheless, despite its relatively small size, the group has taken on and at times successfully battled U.S. and Coalition forces, the Iraqi army, and other rival Iraqi and Syrian militant groups. The ferocity and fanaticism with which it fights, and the absolute commitment it has to the jihad in Iraq and the Levant, continue to set ISIS apart from other known terrorist organizations in the region.

One of the reasons ISIS has gone by so many different names is because it has rebranded itself numerous times in the past. After starting as an al-Qaeda-inspired Sunni Islamist brigade that emerged from the ashes of the jihadist struggle against foreign forces in Iraq, the group grew into a full-fledged al-Qaeda branch, then evolved into a religiously motivated army, then finally separated from al-Qaeda to become the organization it is today. The frequent name changes are hardly cosmetic; they represent the multiple transformations the group has undergone and symbolize its flexibility and adaptability, which is also how the ISIL has not only survived for over a decade but even flourished as one of the most influential groups in the region. Today, the group attracts fighters who wish to join its ranks not just from across Iraq and the region but from all over the world.

The group has also experienced many periods of withdrawal and reemergence, further confounding the true nature and structure of the organization, which has been littered with in-fighting, rivalries, and leadership shuffles. But the group’s terrorism and violent capabilities have been made quite clear in the Syrian civil war, the fighting in Iraq, and even attacks into other countries within the region. Operatives have claimed bombings and attacks in Lebanon and Jordan, and there are known recruiting cells in places as far away as Egypt, Morocco, and the U.K.

The Islamic State of Iraq and Syria: The History of ISIS/ISIL chronicles the birth and growth of the group, including the key figures and events that impacted its formation, as well as the ideology of the group and the historical context and environment that strengthened it. This book also looks at the various tactics and strategies the group has employed to achieve its goals and further its ideology, especially its notorious terrorist attacks. Along with pictures of important people, places, and events, you will learn about ISIS like never before, in no time at all.