Even President Trump’s own party found his statement confounding yesterday, in which he made a series of disputed claims regarding Saudi Arabia and the murder of Jamal Khashoggi.[1] The statement begins with an explicit condemnation of Iran, followed by a disregard for CIA conclusions, and ends with a defense of Saudi Arabia’s role in the global energy market. As a result, President Trump indicated that the Khashoggi case will not result in any significant changes to the USA-Saudi relationship.[2] In response, a bipartisan group of Senators is invoking the Global Magnitsky Act, while newly empowered House Democrats signal they will use their committee chairmanships and votes to insert accountability into the US-Saudi relationship and hedge against the President’s predilection for dollar-diplomacy. 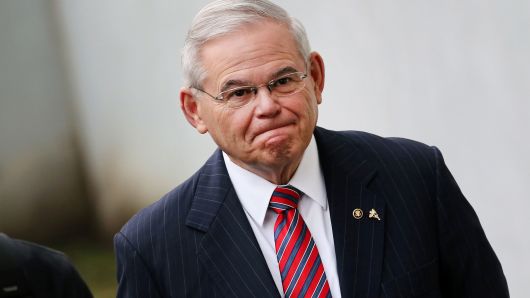 In response to Trump’s statements dozens of members of Congress, (including those on the influential Foreign Relations Committee), have dismissed President Trump’s statement. Directly citing the President’s press-release, outgoing Republican Senator and Chairman of the Senate Foreign Relations Committee tweeted “I never thought I’d see the day a White House would moonlight as a public relations firm for the Crown Prince of Arabia.”[3] Senator Chris Murphy (D-CN), an outspoken critic of the US-Saudi relationship used the same platform to share, “It’s now 100% clear the Saudis own our President – and the new House Dem majority needs to get to the bottom of this ASAP.”[4] Ranking Foreign Relations Committee member Senator Bob Menendez (D-NJ) also commented in tandem with Sen. Corker tweeting, “@SenBobCorker & I are triggering Magnitsky Act AGAIN to defend Human Rights & Free Press. Now Pres. Trump must SPECIFICALLY determine if Crown Prince Mohammed bin Salman himself is responsible for the murder of Jamal Khashoggi.”[5] Likely incoming Senate Foreign Relations Committee chairman Senator Jim Risch (R-ID), who is a staunch Trump ally, has made no public statement in response to the President.[6] A tweet sent out by outspoken Congresswoman and Potential 2020 candidate Tulsi Gabbard (D-HI02) in which she says, “Hey @realDonaldTrump: Being Saudi Arabia’s Bit** is not “America First,” evidences the unabashed response by Congress surrounding the issue.[7]

While these tweets serve as an accessible platform for these Senators to broadcast their opinions and gain popular support, more impactfully each of them briefly outlines how Congress may use its oft-limited foreign policy powers to change the US-Saudi relationship in accordance with what appears to be a bipartisan congressional vision. The congressional toolkit already included the Global Magnitsky Act, however since November 6th that toolkit has now expanded to a House Democratic majority, who, armed with committee chairmanships, will indeed be able to have tangible influence over the US-Saudi relationship.

Having been invoked since reports initially surfaced in early October 2018 that Jamal Khashoggi had gone missing and was likely murdered, the Global Magnitsky Act appears to be the primary legislative mechanism at congressional disposal in order to force President Trump’s hand. Originally only applicable to cases involving Russia, the Global Magnitsky Act -when invoked – now grants the President authority to institute travel bans and freeze the assets of those expected of committing gross Human Rights violations.[8] While this still makes it appear that the ultimate authority lies with President, the act also stipulates that if requested by certain committee heads (such as those on Foreign Relations), the President must send an investigative conclusion to said committee within four months. With Sen. Corker’s and Sen. Menendez’s joint-statement invoking Magnitsky, President Trump is now legally required to respond to them with a direct conclusion regarding Khashoggi’s personal involvement. Perhaps such an act will force the President to announce a conclusion opposed to his interests. 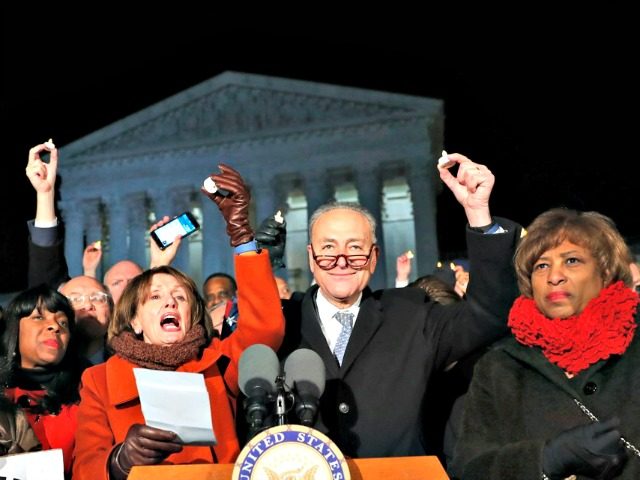 The 2018 midterm elections brought a wave of change to Washington. While President Trump’s party will be retaining the Senate, come January the lower-chamber will now be controlled by Democrats. Even prior to this shift in control, Democrats and Republican Representatives have introduced legislation in response to the Khashoggi killing that would significantly curb US weapons sales to Saudi Arabia and involvement in Yemen. Rep. Jim McGovern (D-MA02) introduced H.R 7082 “To Prohibit the Provision of United States Security Assistance to the Government of Saudi Arabia, and for other Purposes.”[9] If passed, the bill would require the United States to cut all military and security support to Saudi Arabia, and offers a Presidential waiver only if the President updates Congress on the status of the Khashoggi investigation.[10] While not mentioning Khashoggi directly, the 115th Congress has also seen the introduction of other legislation that would increase oversight concerning the US-Saudi Relationship. Even in a Republican-controlled House, Rep. Ro Khanna (D-CA17) was able to get the chamber to approve H. Res 599, a non-binding simple resolution declaring that it is the House’s opinion that Saudi actions in Yemen must be in accordance with international law, and must come to a quick end.[11] Potentially having more legal repercussions, Khanna also introduced H. Con Res. 81, invoking the War Powers Resolution, (another powerful albeit controversial part of the congressional foreign-policy toolkit), to stop all US military activities in Yemen that have not been congressionally approved.[12] While even optimists must admit that such legislation is unlikely to make it past committee, Democratic control of the House will only lead to an emboldening of Democrats to continue introducing similar legislation in the 116th Congress.

It’s All About the Committees

A foursome of new democratic chairmanships including the House Foreign Affairs, Intelligence, Armed Forces and Ways & Means committees will also put power in the hands of Democrats, likely ensuring that democratic legislation is more likely to get past the committee stage. Expected incoming Foreign Affairs Chairman Rep. Eliot Engel (D-NY16) released a statement yesterday suggesting increased briefings between Congress and intelligence communities as it relates to Khashoggi.[13] His suggestion appears to resonate with incoming House Intelligence Committee Chairman Adam Schiff (D-CA28) who said the committee should look into whether Trump’s response to Saudi Arabia is motivated by personal financial motives.[14]

Engel’s and Schiff’s Armed Services Committee counterpart Rep. Adam Smith (D-WA09) was more forceful in his condemnation of Trump’s statement and tweeted, “Trump’s reaction to the murder of Saudi journalist Jamal Khashoggi is part of a pattern of dictatorship & autocratic approach to government…The most disturbing thing about this is that the Saudis thought they could get away w/ it.”[15] The latter portion seems to indicate Smith will work to ensure (at least in his opinion) that they do not.

Also important is the Ways & Means Committee, which is responsible for many tax-related matters. As a result of newfound Democratic control, likely incoming Speaker and current Minority Leader Nancy Pelosi (D-CA12) has indicated Democrats will use their Presidential oversight authorities to investigate President Trump’s financial ties to the Kingdom of Saudi Arabia. In late October, when asked about President Trump’s unusual response to the Khashoggi murder Pelosi responded: “I think we should follow the money when we look at what the attitude of the President is to Saudi Arabia.”[16] Likely incoming Chairman of the House Ways and Means Committee Richard E. Neal (D-MA01) has indicated he will do just that by instituting a legal request to the Department of the Treasury to see the President’s Tax Returns.[17] Such a result may corroborate President Trump’s 2016 Campaign comments, “Saudi Arabia, I like the Saudis…I make a lot of money with them. They buy all sorts of my stuff. All kinds of toys from Trump. They pay me millions and hundred of millions.”[18]

It is hard to understate the power of committee chairmanships. In fact, as it relates to the USA-Saudi-Yemen relationship, just last week President Trump probably experienced the last benefits of Republican House-control when the House Rules Committee used confusing procedural methods to block a vote on Rep. Ro Khanna’s Yemen-bill. Originally intended to simply track the United States’ Grey Wolf population, the bill blocked a floor-debate on H. Con. Res 81 by inexplicably declaring that the War Powers Resolution did not apply to cases involving Yemen.[19] Such methods will no longer be available to House Republicans come January.

Most legally-binding legislation never makes it past the committee stage. Most often, bills put forward by the likes of Reps. Ro Khanna and Jim McGovern are more about staking out a position than they are about changing the laws. House control, however, will give Democrats the ability to investigate President Trump’s financial connections to Saudi Arabia, a conflict of interest that if exposed may be more effective at garnering popular support for a given piece of legislation. Meanwhile, the Global Magnitsky Act remains the most effective legal mechanism for Congress to do anything as it relates specifically to the Khashoggi case. Given the four-month window, the findings necessitated by the act will likely drop just as the 2020 Presidential primary campaign is underway, adding an entirely new element to the Khashoggi drama.

[8] Jordan Tama, “What is the Global Magnitsky Act and Why are U.S Senators invoking this on Saudi Arabia?” Washington Post, October 12, 2018.

[9] H.R. 7082 — 115th Congress: To prohibit the provision of United States security assistance to the Government of Saudi Arabia, https://www.govtrack.us/congress/bills/115/hr7082.