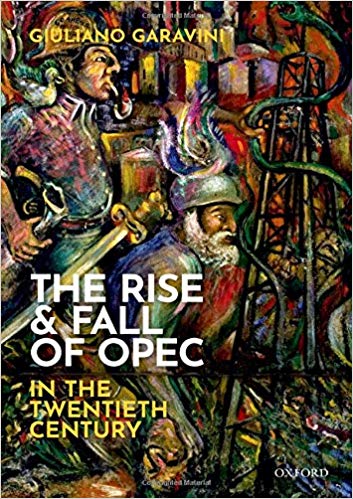 The Organization of the Petroleum Exporting Countries (OPEC) is one of the most recognizable acronyms among international organizations. It is mainly associated with the ‘oil shock’ of 1973 when prices of petroleum quadrupled and industrialized countries and consumers were forced to face the limits of their development model.

This is the first history of OPEC and of its members written by a professional historian. It carries the reader from the formation of the first petrostate in the world, Venezuela in the late 1920s, to the global ascent of petrostates and OPEC during the 1970s, to their crisis in the late-1980s and early- 1990s.

Formed in 1960, OPEC was the first international organization of the Global South. It was perceived as acting as the economic ‘spearhead’ of the Global South and acquired a role that went far beyond the realm of oil politics. Petrostates such as Venezuela, Nigeria, Algeria, Saudi Arabia, Iraq, and Iran were (and continue to be) key regional actors, and their enduring cooperation, defying wide political and cultural differences and even wars, speaks to the centrality of natural resources in the history of the twentieth century, and to the underlying conflict between producers and consumers of these natural resources.