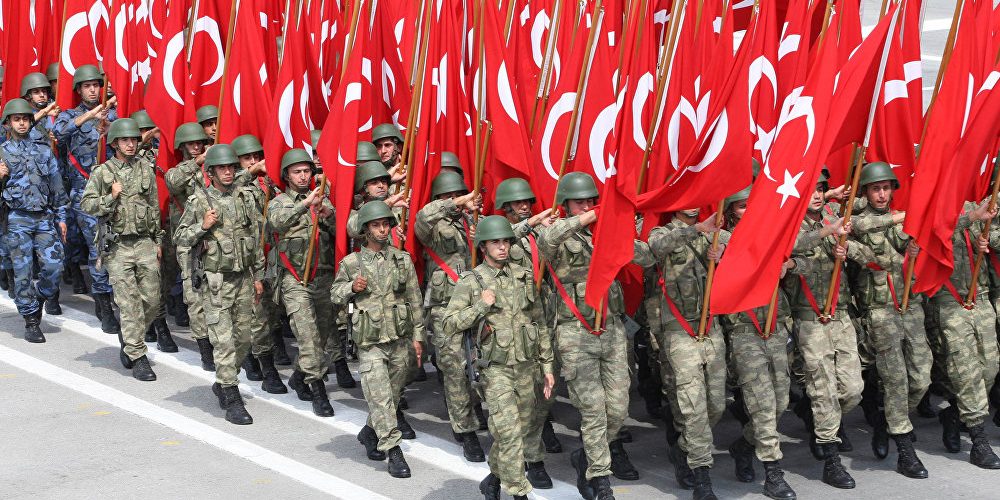 A new batch of Turkish soldiers have arrived at Turkey’s military base in Qatar as part of a joint defence agreement between the two countries.

Qatar’s defence ministry announced on Tuesday the arrival of the reinforcements at the Al Udeid airbase in the capital, Doha.

The group, including soldiers from the Turkish Joint Forced Command, will join Turkish troops already based at the Tariq bin Ziyad military base in southern Doha.

The first Turkish troop deployment to Qatar was in 2015.

Turkey set up a military camp in Qatar, its first such installation in the Middle East, as part of an agreement signed in 2014.

The base has a capacity to accommodate up to 5,000 troops.

Turkey plans to gradually increase the number of its forces in Qatar to 3,000, according to the agreement between them, and keep a brigade in the Gulf country.

In June, Turkey’s parliament fast-tracked the approval of a separate April 2016 agreement with Qatar on the implementation of troops’ deployment to the Turkish military base.

It also approved a December 2015 agreement that allows the Turkish military to train Qatari security forces.

Turkish President Recep Tayyip Erdogan has been a major supporter of Doha since Saudi Arabia, Bahrain, the United Arab Emirates (UAE) and Egypt severed diplomatic and trade relations with Qatar on June 5.

The four Arab countries had accused Doha of supporting “terrorism” and fostering ties with their regional rival Iran. Qatar denies the accusations.

Ankara has also been trying to mediate between the sides to find a solution to the crisis.

In a show of solidarity, Turkey has also sent cargo ships and hundreds of planes loaded with food to help Qatar offset the blockade.