In a volatile global environment, small states tend to rely more on hedging as a strategy to safeguard their sovereignty against the ambitions of regional powers. The dynamics among the Gulf states are a prime example of this process. Beginning in the mid-20th century the Arabian littoral states sought regional alliances through defense agreements. These instances of defense collaboration deterred imminent or predicted threats since their defense capabilities were easily outmatched by their larger neighbors. The creation of the Gulf Cooperation Council evidences these motives.

Later, Washington emerged as the Gulf’s guarantor, a position that seemed to have held firm through crises such as the First and Second Gulf Wars. However, the ascension of an unpredictable American President, and different leadership in Saudi Arabia and the UAE, sent mixed signals in the aftermath of the Gulf crisis, motivating the smaller Gulf states to look elsewhere for secondary sources of protection. Turkey filled this void in the aftermath of the crisis by compounding its defense cooperation with Qatar and making new in-roads with Oman and Kuwait. Rather than ease pressures on their fellow GCC states, Saudi and Emirati responses to the emergence of Turkey as an extra-regional rival have instead increased tensions on the Arabian Peninsula, counterintuitively forcing the littoral nations to rely further on Ankara’s protections.

The Emiratis did not limit their resentment to Ankara’s role in the Gulf region, but extended their disdain to Turkish military intervention in Syria, Ankara’s southern neighbor. Last January, UAE Minister of State for Foreign Affairs Anwar Gargash revealed that it was the official position of the Emirates to oppose Turkish efforts to establish a safe zone in Northern Syria.[1] Gargash’s statement was simply one of many recent comments by the Emirati official indicating Abu Dhabi’s opposition to Ankara’s regional stances on critical issues. Gargash’s disapproval came amid noticeable efforts by Saudi Arabia and the UAE to counter Turkey’s rising influence in the Middle East. The position of the Emirates toward Turkey is reflective of the deep divergences emerging among Arab Gulf nations’ concerning the region’s bilateral relationships with Turkey. 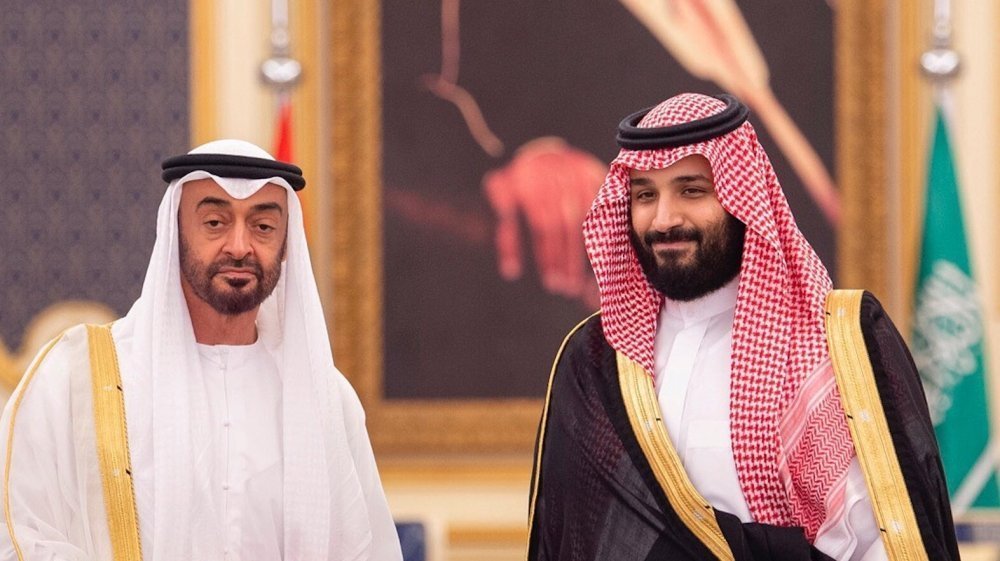 In recent years, shifts in threat perception and the security orientation of several GCC states have played a crucial role in shaping Gulf States’ relations with Turkey. It is my view that from the perspective of Abu Dhabi and Riyadh, Turkey has established itself as the leading voice of political Islam in the region since the “Arab Spring.” While securitization of the Gulf is typically discussed through the lens of the Iranian threat, recent actions of Saudi Arabia and the UAE indicate the two nations see Ankara’s position as more direct and urgent than their Persian neighbor. For example, the fact that the UAE and Bahrain have recently taken steps to normalize their relations with Syria’s Assad, (Tehran’s most trusted ally in the region) while continuing to blockade their GCC neighbor is telling of how the two nations rank perceived threats.

Traditionally, Qatar, Kuwait, and Oman have depended on the security guarantees of the United States to safeguard themselves against regional threats that supersede their local defense capacities. In times of regional instability, these nations also resort to hedging policies. For these states, the 2017 Gulf crisis was a game changer in terms of threat perception. For the first time since the establishment of the GCC, a grave threat to the security of these Gulf states arose from within the GCC itself. The fact that the U.S. did not make their position clear at the beginning of the crisis, even amid reports of a possible Saudi and Emirati invasion of Qatar, made the situation even more critical for these vulnerable states. The apparent vacuum left by the United States encouraged other regional and international players, such as Turkey, to begin playing a bigger role in the Gulf.

In this sense, the 2017 GCC crisis was an unexpected, yet transformative moment in the history of relations between Turkey and the six Gulf countries. Qatar’s vulnerability in the initial days following the blockade fortified Doha-Ankara relations with noticeable increases in security cooperation and defense coordination. At the outset of the crisis, Ankara moved to reinforce its troops stationed in Doha and supplied the nation with more military equipment. Later on, joint military exercises between Turkish and Qatari armed forces intensified, while work on the Turkish military base in the country was accelerated.  Moreover, the crisis appears to have revealed new horizons for the Turkish defense industry. At the 2018 International Maritime Defense Exhibition and Conference (DIMDEX) in Doha, Turkish firms reportedly won several defense contracts worth approximately $800 million.[2] In part due to these sales, economic relations between these two nations have soared, with the volume of trade continuing to register double digit growth rising from -46% in 2017, to 52% in 2018, thus putting the value of the trade at around 2 billion USD.[3]

Similarly to Qatar, Kuwait and Oman have looked beyond the shattered GCC in order to hedge against perceived threats to their sovereignty. Unlike Doha however, both countries pursued a less controversial option than hosting a Turkish military base on their soil, and instead have, to varying degrees, decided to engage in defense and security relations with Turkey. 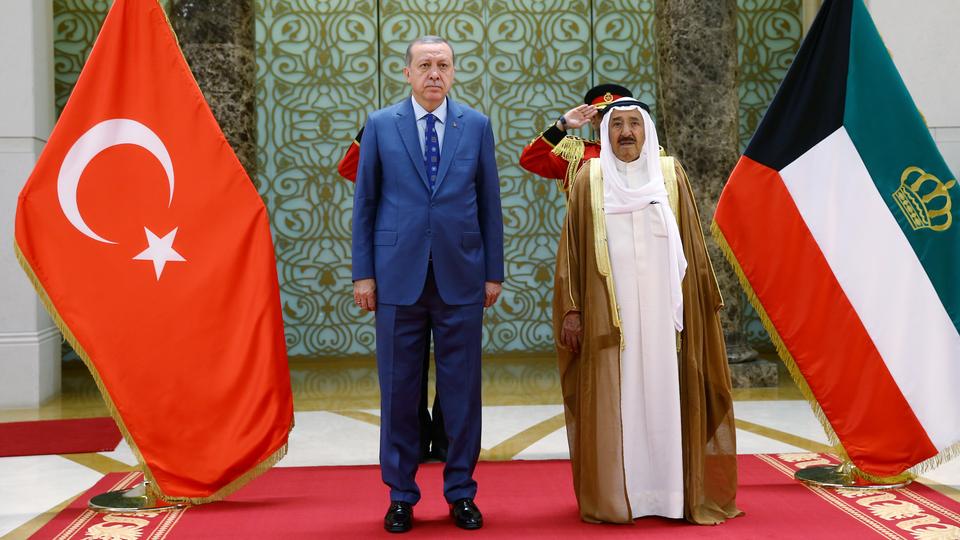 In 2017, security and defense relations between Kuwait and Turkey began increasing rapidly.[4] Defense ministers from the two countries met several times to boost cooperation in this realm. During that year, both sides signed six agreements in different sectors including a Protocol of Cooperation in the field of education and training for members of Turkey’s Gendarmerie General Command and the Kuwait National Guards.[5] At the end of 2017, Turkey participated in Kuwait’s Gulf Defense and Aeronautics Exhibition with twenty-three defense firms.[6] This participation boosted the possibility of bilateral cooperation in defense industries between the two nations.

There is a precedent for Kuwaiti-Turkish defense cooperation, as security forces in Kuwait have already purchased and continue to operate several types of Turkish armored vehicles. However, with renewed expressions of Kuwaiti interest in buying Turkish defense products, Ankara acted to widen the scope of cooperation to include sea and air products as well. In September 2018 MBS’ troubling visit to Kuwait ignited rumors of an imminent Kuwaiti request for Turkey to establish a military base in the county.[7] [8] Although no official request came from Kuwait or Ankara, two weeks later, both capitals signed a joint defense plan for 2019 that aimed to enhance military cooperation.[9] This agreement is seen as a major shift in terms of military relations between the two countries and may prove to be a cornerstone in terms of advancing the interests of both sides in future defense cooperation.

From the perspective of Oman, the main aim for warming up to Turkey is an attempt to diversify its relations with regional powers in order to fortify its position as a neutral player. Amid the GCC crisis, Muscat realized that it needs to increase its engagement with Turkey in order to balance its relations with Saudi Arabia and Iran. Oman’s positioning resulted in improvements to economic and defense relations between the two countries. In 2018, defense and aerospace industry exports to Oman witnessed a noticeable increase. Thanks to Oman’s contract with Turkey’s “FNSS Savunma Sistemleri A.Ş.”, the country became one of the top importers of Ankara’s defense products.[10] According to Turkish Exporters Assembly (TİM) data, Turkey’s defense exports to Oman surged from a paltry $13 million in 2017 to around $153 million in 2018.[11]  Still, despite the fact that Turkey has worked for deeper relations with Oman the latter seems a bit hesitant, perhaps taking into consideration its special relations with the UK and Iran.

This kind of engagement between Turkey and the three Gulf countries –Qatar, Kuwait, and Oman- raises concerns in Riyadh and Abu Dhabi. The two capitals are worried that such partnerships will weaken their hegemonic ambitions in the Gulf by allowing the smaller Gulf states to avoid returning to their fold. By engaging in a countering behavior against Ankara, Saudi Arabia and the UAE are indirectly expressing their objection to the increased involvement of Qatar, Kuwait and Oman with Turkey. However, the policies of both Riyadh and Abu Dhabi and the unpredictable behavior of both capitals will only prove counterproductive, encouraging further efforts by the smaller Gulf states to solidify their relations with Turkey as a counterbalancing regional power.

Dr. Ali Bakeer is an Ankara-based political analyst and researcher. He holds a Ph.D. in political science and international relations.