U.S.-Iran tensions have the potential to roil the energy market, and along with it, the global economy.  In what amounts to an additional major step in the Trump Administration’s effort to apply maximum pressure on Iran’s economy and government, the Administration ceased providing exemptions to sanctions on the importation of Iranian oil as of May 2, 2019. The end of these exceptions, which were provided to eight major Iranian oil customers in November 2018, is certain to further reduce Iran’s oil exports and strengthen the hand of Saudi Arabia and other producers who can compensate with their spare capacity. A larger question is whether U.S. pressure on Iran will lead to a military conflict in the Gulf region that affects global energy markets. 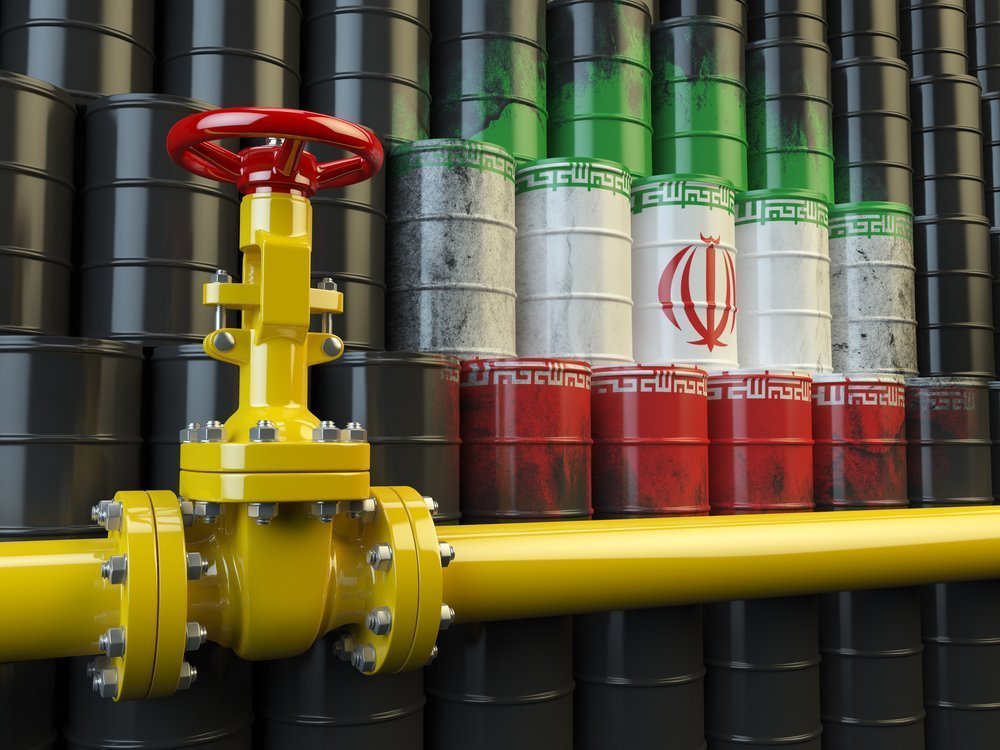 The Trump Administration’s May sanctions action was taken under a law that imposes penalties for transactions with Iran’s Central Bank, which controls Iran’s oil monies. The law requires the President to bar foreign banks from accessing U.S. markets if that bank conducts a “significant financial transaction” with Iran’s Central Bank or any other sanctioned Iranian bank. Also under that law, countries that cut purchases of Iranian oil could earn a significant reduction exception (SRE) for reducing purchases of Iranian oil by about 20% over consecutive 180-day periods. The granting of SREs were subjected to a determination by the Administration that the global oil market would be disrupted unless countries could continue buying from Iran without penalty.

As a consequence of this U.S. law, Iran’s oil exports fell from 2.5 million barrels per day (mbd) to 1.1 mbd from 2012 until 2015. The drop reduced Iran’s receipts of hard currency and caused a roughly 20% total economic contraction in Iran during that time period. However, despite the removal of substantial amounts of Iranian crude from the market, global oil prices still declined significantly in 2014. Iran’s oil exports rebounded after sanctions were eased in 2016 in concert with the Iran nuclear deal. However, Iran’s oil exports receded again following the Trump Administration’s May 2018 decision to leave the JCPOA and re-impose all U.S. secondary sanctions, including the oil sanctions law. International organizations estimate Iran’s economy will shrink by about 6% over the March 2019-March 2020 period.

U.S. oil sanctions went back into effect on November 5, 2018, but the Administration provided the SRE to eight countries: China, India, Turkey, Japan, South Korea, Taiwan, Greece, and Italy. The SREs were granted in part because the U.S. economy was slowing in late 2018 and the Administration apparently did not want to compound the slowdown by making global oil prices  rise. The SREs kept Iran’s total oil sales at about 1.2 mbd, even though four of the SRE grantees – Taiwan, Greece, Italy, and South Korea – did not buy any Iran crude oil after late 2018. Japan bought no Iranian crude oil in late 2018 but resumed some oil imports from Iran in early 2019.  Global oil prices rose only slightly even though at least 1.3 mbd of Iranian oil were again taken off the market. Other producers, including Saudi Arabia, the United Arab Emirates, and Iraq were able to keep the market well supplied as Iran’s exports declined.

Not surprisingly, the three SRE countries that continued to import Iranian oil at high volumes – China, India, and Turkey – denounced the May 2, 2019 SRE expirations. All three had lobbied the Administration to renew the SREs. Backing that criticism, France, Germany, and the United Kingdom issued a May 4 joint statement “regretting” not only the end of the oil sanctions exceptions but also the U.S. decision on May 3 to revoke some of the U.S. waivers that provide for technical assistance to the JCPOA-permitted parts of Iran’s nuclear program. That latter decision directly jeopardized the JCPOA and further raised U.S.-Iran tensions, insofar as Iran responded by announcing that it would cease implementing a few of its commitments under that accord.

The termination of the SREs did not move global oil prices significantly, but the longer term effect on the oil market is difficult to predict. Of the three large Iranian oil customers, China has called the ending of the SRE unjust and stated its intent to continue importing Iranian oil. Turkey has based its intent to buy more Iranian oil on the difficulty of arranging alternative supplies. After initially balking at the cost of arranging alternate supplies, India has announced that it will comply with the U.S. sanctions and cease importing Iranian oil. These decisions leave Iran with only two significant oil customers, China and Turkey. Iran has also lost South Korea as a buyer for its condensates – an ultralight oil feedstock – even though supplies of that product from Qatar (a key alternate producer) will be limited for the next five years. Iran’s deputy Oil Minister Amir Hossein Zamaninia said in early May that Iran will sell additional oil in the “grey market,” but it is virtually certain that the U.S. policy will reduce Iran’s oil exports well below the 900,000 barrels per day level of April 2019.

Escalating Tensions Could Affect the Market

Other factors in the U.S.-Iran relationship might also substantially upset the global oil market. In addition to the ending of the SREs and nuclear assistance waivers, the U.S.’ April designation of the Islamic Revolutionary Guard Corps (IRGC) as a foreign terrorist organization and the May deployment of additional U.S. forces to the Persian Gulf have substantially raised tensions between the United States and Iran. In response, Iran’s President Hassan Rouhani announced on May 8 that Iran would no longer adhere to some of the JCPOA limitations. The U.S. and Iranian actions could escalate into a confrontation – a result that would almost certainly raise global oil prices, perhaps substantially. Higher prices would somewhat enable Iran to compensate for a diminished oil sales volume, implying that Iran might have an interest in continuing tensions – provided that hostilities with the far more militarily capable United States do not actually break out.