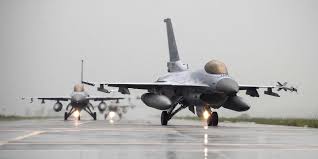 The United States government on Wednesday approved a $1.1bn deal to service Qatar’s F-15 fighter jets despite the diplomatic stand-off between the Gulf emirate and its neighbors.

Qatar, home to one of the largest US military bases in the Middle East, is locked in a bitter dispute with Washington’s other Arab allies in the region, led by Saudi Arabia.

On Wednesday, the State Department announced it had approved a $1.1bn contract to service Qatar’s F-15QA jets and build them ground facilities and hardened bunkers.

“Qatar is an important force for political stability and economic progress in the Persian Gulf region,” the department said, in a note from its Defence Security Cooperation Agency.

“Our mutual defence interests anchor our relationship and the Qatar Emiri Air Force plays a predominant role in Qatar’s defence.”