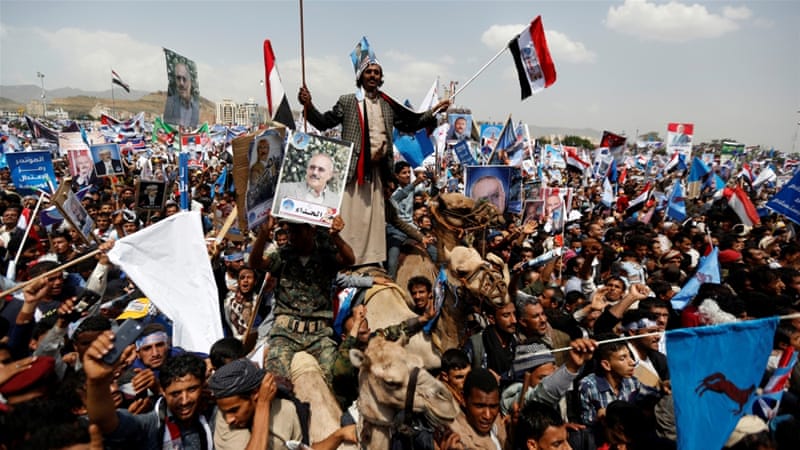 Growing tensions between the two main allies on the northern front of Yemen’s war may change the course of the country’s two-and-half-year conflict, the International Crisis Group has said.

A public rift between the Iran-aligned Houthi rebels and forces loyal to former President Ali Abdullah Saleh gives Saudi Arabia a rare chance to break the ongoing diplomatic deadlock, the NGO says in a new report published on Wednesday.

Since March 2015, the two groups have joined forces against the Saudi-led military intervention, launched in support of the government of Yemeni President Abd-Rabbu Mansour Hadi.

But political tensions within the rebel alliance have risen in recent weeks after rival rallies were held in the capital, Sanaa, on August 24.

Adam Baron, a Yemen analyst and fellow at the European Council on Foreign Relations, told Al Jazeera that any change in the current political dynamic presents a “potential opportunity”, but offered little optimism over the peace process.

Contributors to the report urged Saudi Arabia and its international backers, including the United States and the United Kingdom, to support an immediate ceasefire and an inclusive political settlement. Three rounds of UN negotiations have failed to do so.

Any regional initiative towards achieving peace in Yemen is “more likely to succeed at this point than a UN-led mediation”, Baron said. “It can have all the support and pushing from the UN, but if you don’t have key regional players buying into this solution, it’s going to be dead on arrival.”

The Houthis and Saleh’s General People’s Congress party (GPC), who run northern Yemen together, have had previous disagreements. Their forces have fought six wars between 2004 and 2010.

After a period of rapid advances, their alliance lost territory in the south of the country in July and August 2015.