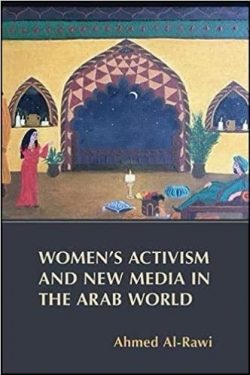 Following the Arab Spring events in 2011, a number of important women’s social movements, as well as female figures and online communities, emerged to create positive change and demand equality with men. In Women’s Activism and New Media in the Arab World, Ahmed Al-Rawi discusses and maps out new feminist movements, organizations, and trends, assessing the influence of new media technologies on them and the impact of both on the values and culture of the Middle East. Due to the participation of many women in the events of the Arab Spring, he argues, a new image of Middle Eastern women has emerged in the West. As a result of social media, women have generally become more effective in expressing their views and better connected with each other, yet at the same time some women have been inhibited since many conservative circles use these new technologies to maintain their power. Overall, however, Al-Rawi argues that social media and new mobile technologies are assisting in creating changes that are predominately positive. Often assisted by these new technologies, the real change makers are women who have clear agencies and high hopes and aspirations to create a better future for themselves.