As next month the War in Yemen enters into its fifth year, and with no resolution in sight, the ongoing conflict continues to push millions of Yemenis out of their homes and jeopardize an entire generation’s health and future. The blockade enforced on the country, coupled with the hostilities and atrocities committed by the warring parties has contributed to the country’s widespread famine. The subsequent mass starvation of the Yemeni people has in first and foremost affected Yemen’s children and threatened their health, life, and basic rights.  The consequences for Yemen’s population of nearly 28 million continues to be beyond tragic. The United Nations World Food Program (WFP) has recently warned that “hunger in Yemen is threatening a whole generation.”[1] The humanitarian situation in Yemen continues to deteriorate in what was already one of the poorest countries in the Middle East. With no comprehensive peace deal in sight and a lack of sufficient humanitarian aid, Yemenis will suffer for decades as a result of this fierce war’s ramifications. Despite a lack of sustainable solutions, the scale of the crisis in Yemen has built efforts to alleviate its suffering into the largest humanitarian aid operation in the world. Currently, there are more than 200 aid organizations working on the UN’s Humanitarian Response Plan for Yemen in each of the country’s 333 districts. The aims of these programs are to deliver assistance to the country’s people in need. However, despite this valiant goal, current efforts cannot accommodate the increasing requirements resulting from the war’s continuation. 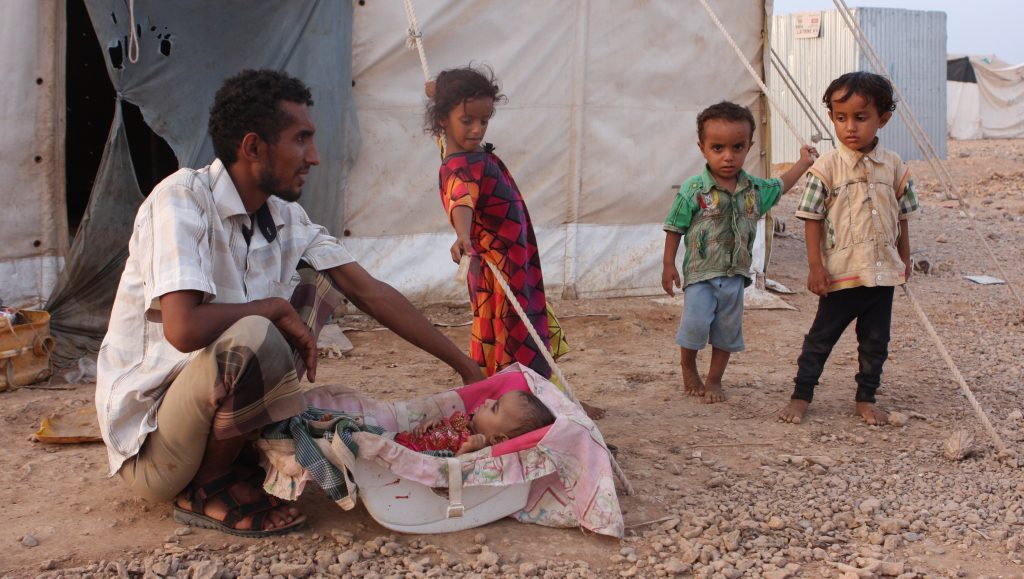 With the war nearly entering its fifth year, figures from the United Nations show that more than 24 million people – nearly 80% of the population – are in need of humanitarian assistance, mainly the seven million people facing famine.[2] Two million Yemenis have become internally displaced persons within the country after having been forced out of their homes, 90% of whom have been displaced for over a year.[3] This loss of housing, coupled with the scarcity of income, has caused a severe deterioration in the living conditions of displaced communities. As the armed conflict remains ongoing, Yemenis continue to flee their homes looking for safety and security. The blockade which enforced the closure of the sea and land ports is resulting in devastating ramifications for Yemen, a country that imported 90% of its food and medicine prior to the ongoing war.

The main victims of armed conflict, displacement, and increasing deteriorated of living circumstances are civilians, in particular women and children. In the last two years, national GDP in Yemen shrunk by 50%, and more than 80% of Yemenis’ living conditions dropped to below the poverty line. Affected by these conditions, women, and children are increasingly becoming the most vulnerable category of society due to major barriers concerning their access to health facilities, education and legal protection from conditions created by the armed conflict. The UN and other international organizations have reported an increased number of child soldiers’ as a result of recruitment by warring parties, in addition to severe malnutrition among Yemeni children. By 2018, the UN said that only 50% of the country’s health facilities were functioning, a major factor leading to the emergence of a cholera epidemic.[4] Additionally, international agencies report around 85,000 children under the age of five may have died from extreme hunger or disease over the last 3 years. Around 84,700 children with Severe Acute Malnutrition (SAM) may have died between April 2015 and October 2018.[5] A recent WFP statement indicates that malnourished children “will face long-term difficulties in disease resistance and fertility.” The armed conflict has necessarily led to psychological disorders and physical disabilities among civilians that understandably may affect the nation for generations to come. 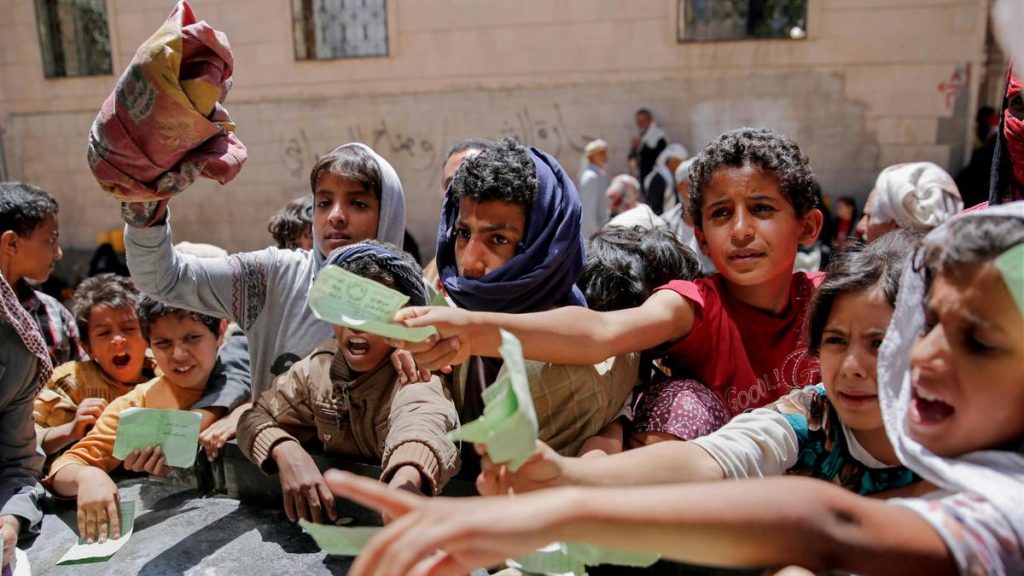 According to the United Nations Humanitarian Envoy H.E Ambassador Dr. Ahmed Mohamed Al-Meraikhi, there is growing frustration at how the situation in Yemen has hindered the UN’s ability to transport and deliver the humanitarian aid that is earmarked for the country.[6] The accelerating hardships are putting increased pressure on the UN to meet people’s needs. These difficulties are compounded due to financial concerns, as the international organization reports that 30% of the funds required for adequate Yemeni assistance are missing.[7]  On top of that, the war has also endangered humanitarian work due to increased concerns of the United Nations related to aid operations throughout the country. By the end of 2018, the UN reported that armed conflict had forced humanitarian organizations to halt operations in several instances and locations.[8] In one instance clashes blocked access to a milling facility that contains enough grain to feed 3.7 million people for a month. In addition to that, the armed conflict has affected several warehouses that contain food aid for hundreds of thousands of Yemenis. Humanitarian organizations have also complained about obstructions and delays in facilitating their work by all parties involved in the war. This has included the devising of limits on equipment, personnel visa issuance, retraction of access and delivery permits, in addition to interfering in the humanitarian evaluation, monitoring and needs’ assessments. Each of these factors has had a major impact on international efforts to provide life-saving assistance to Yemenis.

According to a World Bank report, the biggest challenge to food security in Yemen lies in the country’s weak purchasing power, a reality growing starker as Yemeni business continues to suffer.[9] The majority of the Yemeni population has lost their sources of income, leading to the conditions of starvation that are affecting many Yemenis. At present, more and more citizens are resorting to increasing levels of borrowing for food consumption, reliance on income support from humanitarian assistance and cash transfers. One of the main challenges to the private sector’s food importers is a lack of access to foreign currency, a particularly acute concern in the northern and western Houthi-controlled areas of the country. These regions face increasing importing costs and parallel increases in end-customer prices. All of this has become magnified as the Yemeni Riyal continues to drop in value against the US dollar.

The humanitarian situation in Yemen is replete with very alarming indicators that the war’s consequences are not confined to the current generation but will reverberate through generations to come. The current and future humanitarian and rebuilding efforts in the country will not be able to meet the deteriorating conditions of the Yemeni people and infrastructure. The war in Yemen would need to cease if the country is too reverse the nation’s rapid slide into total collapse. The warring parties in this fierce conflict do not seem to pay considerable attention to the distressing humanitarian conditions even as they admit agreement with experts’ who indicate that this conflict will not be ended by a military victory. Thus, the international community needs to institute more aid contributions and exert added pressure on the conflict’s parties. Such a strategy could oblige involved parties to return to the negotiating table with concrete steps and certification mechanisms that can ensure that agreements are being properly enforced.

[5] “Yemen: 85,000 Children May Have Died from Starvation Since Start of War.” Save the Children. November 20, 2018. https://www.savethechildren.org/us/about-us/media-and-news/2018-press-releases/yemen-85000-children-may-have-died-from-starvation

[9] “Securing Imports of Essential Food Commodities to Yemen: An Assessment of Constraints and Options for Intervention,” The World Bank, 2017 http://documents.albankaldawli.org/curated/ar/376891524812213584/pdf/125815-WP-PUBLIC-YemenReportFinalAprilcompressed.pdf