GIF would like to invite you to attend a panel luncheon about the Gulf Crisis. It  will address the future of Gulf Cooperation Council (GCC) in context of the Gulf Crisis from four perspectives; (1) the dilemma of political relations between GCC member states; (2) the impact on investments and economic cooperation; (3) the effect on security and defense in the GCC; (4) the implications of the current status of the GCC for U.S. interests. 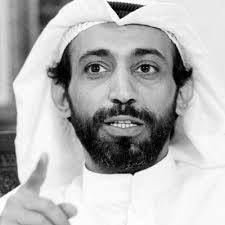 Dr. Obaid Al-Wasmi is a former member of the Kuwaiti Parliament, and currently is a Visiting Professor at George Washington University. Dr. Al-Wasmi holds a PhD in Constitutional Law from American University in Washington, DC. 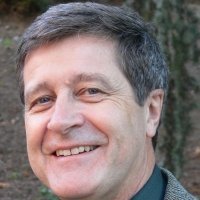 Jean-François Seznec is Adjunct Professor at Johns Hopkins’ School of Advanced International Studies. He is a Non-Resident Senior Fellow at the Atlantic Council, a Scholar at the Middle East Institute.   He holds a MIA from Columbia University, an MA and Ph.D. from Yale University . He has published and lectured extensively on the industrialization and politics of the Arab-Persian Gulf . He is interviewed and quoted regularly on national and international TV, radio and newspapers. Dr. Seznec has 25 years experience in finance of which ten years were spent in the Middle East.

As a specialist with the Congressional Research Service, Dr. Katzman serves as a senior Middle East analyst for the U.S. Congress, with special emphasis on Iran, the Persian Gulf states, Afghanistan, and Iran-backed groups operating in the Middle East and South Asia. He provides reports and briefings to Members of Congress and their staffs on U.S. policy on these countries and issues, and provides analysis of related legislative proposals. He has participated in several congressional delegations to the region at the Member and staff level, and given many official presentations and briefings at conferences and meetings throughout Europe, Asia, the Middle East, and South and Central Asia. He has also written numerous articles in various outside publications, including a book entitled “The Warriors of Islam: Iran’s Revolutionary Guard” (Westview Press, 1993) which was the subject of his Ph.D. dissertation. During 1996 and again during July 2001 – March 2002, he was assigned to the majority staff of the House Foreign Affairs Committee to work on Middle East issues, including hearings and legislation such as the Iran Sanctions Act (1996). On about a dozen occasions, he has testified before various Committees and Subcommittees on Iraq, Iran, and Afghanistan. Dr. Katzman has appeared on numerous expert panels sponsored by various think tanks and universities. Among outside publications, during 1998, he wrote expert working papers on the ballistic missile capabilities of Iran and Iraq for the Commission to Assess the Ballistic Missile Threat to the United States (“Rumsfeld Commission”). In late 1999, and again in 2010, the Atlantic Council published his monographs on U.S. sanctions on Iran. Dr. Katzman has been quoted frequently on the region in various media. Dr. Katzman holds a Ph.D. in Political Science from New York University (1991). During May 1985-June 1989, Dr. Katzman was an analyst at the Central Intelligence Agency, where he prepared written reports for U.S. Middle East policymakers on leadership dynamics in Iran, Iraq, and Persian Gulf states. Two years in the private defense consulting industry followed his tour at the CIA. 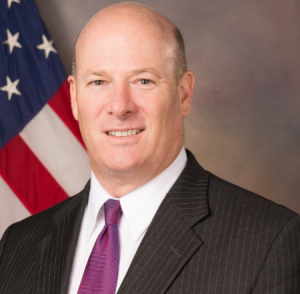 David Des Roches is Associate Professor of at the Near East South Asia Center for Security Studies. Prior to this, he was the Defense Department director responsible for policy concerning Saudi Arabia, Kuwait, Qatar, Bahrain, Oman, the United Arab Emirates and Yemen. Prior to this assignment, he has served in the Office of the Secretary of Defense as Liaison to the Department of Homeland Security, as senior country director for Pakistan, as NATO operations director, and as deputy director for peacekeeping. His first job in government was as a special assistant for strategy and later as the international law enforcement analyst in the White House Office of National Drug Control Policy. He graduated from the United States Military Academy and obtained advanced degrees in Arab Politics from the University of London School of Oriental and African Studies, in War Studies from Kings College London, and Strategic Studies from the US Army War College. He has also attended the Federal Executive Institute, the German Staff College’s Higher Officer Seminar, the US Army John F. Kennedy Special Warfare School and the US Army Command and General Staff College. An Airborne Ranger in the Army Reserve, he was awarded the Bronze Star for service in Afghanistan. He has commanded conventional and special operations parachute units and has served on the US Special Operations Command staff as well as on the Joint Staff.  His academic awards include Phi Kappa Phi, the British Marshall Scholarship, designation as a Distinguished Alumnus of the Near East South Asia Center for Strategic Studies, and selection as a Joseph Malone Fellow of the National Council of Arab American Relations. He writes for various Middle East and Security publications, has lectured at a wide range of universities in the United States and Europe, and regularly comments on security and political events on Arabic television, including al Hurra, al Mayadeen, Voice of America, and al Jazeera.