Synopsis:
On March 15th, the Middle East marks the 7th anniversary of the Syrian crisis, one of the worst armed conflicts and humanitarian crises since WWII. Since 2011, nearly 500,000 Syrians have been killed, 12 out of 14 Syrian provinces were entirely or partially destroyed, and over 65% of Syria’s population has been displaced inside and outside the country. The atrocities committed in Syria and the failure of Arab states and the International Community to contain the conflict or de-escalate the violence resulted in the war spilling over into the surrounding countries. As a result, Syria’s civil war has provided fertile ground for the proliferation of radical militias and given safe-haven to jihadists. This has threatened the security of the Middle East and international peace in general. Additionally, all Gulf states -with the exception of Oman- are directly or indirectly involved in the Syrian crisis, supporting one of the warring parties diplomatically, financially or militarily. At the same time, Syria’s geopolitical location and role in the region makes the development of the conflict and its outcome a matter of national security for the Gulf region and perhaps even an existential one for some Gulf states. Since the summer of 2016, Syrian President Bashar Al Assad’s power has been on the rise after it decayed between 2011-2015.The question of whether he remains in power or is removed would be a game-changer for the different interests in the Gulf region. A better understanding of the dynamics and outcome of the current crisis in Syria requires much more analysis.
GIF would like to invite you to attend a panel addressing The Gulf and the Syrian Crisis: With or Without Assad?. Panelists will discuss the topic from several perspectives; (1) the repercussions of the Syrian crisis on the Gulf region’s security (2) Iraq & Iran’s role in supporting Assad government; (3) GCC’s role in supporting political and armed opposition groups, including the Syrian National Coalition; (4) and how the future of Syria will affect the Gulf.

A continental breakfast will be served. 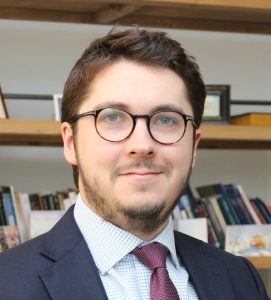 Charles Lister: Senior Fellow and Director of the Extremism and Counterterrorism Program at the Middle East Institute.

His work focuses primarily on the conflict in Syria, including as a member of the MEI-convened Syria Study Group; and on issues of terrorism and insurgency across the Levant. Prior to this, Lister was a Visiting Fellow at the Brookings Institution in Qatar and a Senior Consultant to the multinationally-backed Syria Track II Dialogue Initiative, where he managed nearly three years of intensive face-to-face engagement with the leaderships of over 100 Syrian armed opposition groups.

Lister is a frequent source of briefings on the Syrian insurgency to political, military and intelligence leaderships in the United States and across Europe and the Middle East. He appears regularly on television media, including CNN, BBC and Al-Jazeera, and his articles have been widely published in the New York Times, the Washington Post, BBC, CNN, Foreign Affairs and Foreign Policy, among others.

Lister has previously held positions at the Brookings Institution and as head of MENA at IHS Jane’s Terrorism and Insurgency Center in London, UK.

Lister’s critically-acclaimed book, The Syrian Jihad: Al-Qaeda, the Islamic State and the Evolution of an Insurgency, was published in February 2016 by Oxford University Press. He also published The Islamic State: A Brief Introduction (Brookings Press, 2015) and he is now working on the third book on Syria, commissioned by Oxford University Press. 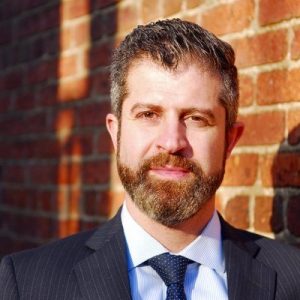 Wa’el Alzayat: CEO of Emgage Foundation, a national civic education and engagement grassroots organization for Muslim Americans, and a lecturer at the Georgetown School of Foreign Service.

Alzayat previously served as a U.S. Middle East policy expert at the U.S. Department of State for ten years, including as senior policy advisor to U.S. Ambassador to the U.N. Samantha Power, Syria outreach coordinator with Ambassador Robert Ford, and special assistant to U.S. Ambassador to the Iraq James Jeffrey. Alzayat has long been a passionate advocate for protecting fundamental American values and freedoms, and increasing the civic engagement of minority communities. Alzayat was recently named Top 10 Inspiring Arab Americans Leaders by the Huffington Post. Alzayat is also a non-resident Senior Fellow at the Middle East Institute. 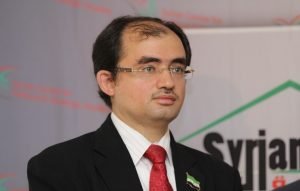 Dr. Radwan Ziadeh: is a senior analyst at the Arab Center – Washington D.C.
Dr. Ziadeh is the founder and director of the Damascus Center for Human Rights Studies in Syria. He is also the co-founder and executive director of the Syrian Center for Political and Strategic Studies in Washington, D.C.
Dr. Ziadeh was the managing editor of the Transitional Justice Project in the Arab World and the Head of the Syrian Commission for Transitional Justice, which was established on November 14, 2013, by the Syrian Interim Government. Since the Syrian uprising started in March 15, 2011, Dr. Ziadeh was involved in documenting the ongoing human rights violations in Syria and testified at the UN Human Rights Council in Geneva and the Human Rights Commission in the U.S Congress. 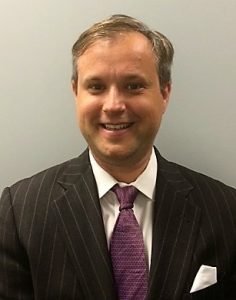 Neubauer’s expertise includes Oman; Qatar, Saudi Arabia; Yemen; Persian Gulf security; inter-Gulf Cooperation Council dynamics; Arab-Israeli relations; and Afghanistan. He is also a Non-Resident Fellow at Gulf International Forum and a columnist for Arab News. Neubauer is frequently quoted by the international media on the state of U.S.-GCC relations, and has contributed to Al Arabiya, Al Jazeera, CNN, Fox News, Foreign Affairs and The New York Times, among others. His work has also been translated into Arabic and Farsi. Neubauer has nine years experience from the U.S. defense industry; he currently works for SOS International LLC and has been with the company since 2009. From 2015-2017, Neubauer was a Non-Resident Fellow at the Arab Gulf States Institute in Washington and a columnist for Al Arabiya English. Fluent in seven languages, Neubauer is a graduate of Yeshiva University in New York where he studied Jewish History (M.A.), Political Science (B.A.) and French Literature (B.A.). A native of Lillehammer, Norway, Neubauer lives in the Washington D.C. metropolitan area with his family.