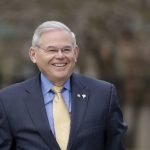 Senator Bob Menendez (D-NJ) introduced 22 separate resolutions seeking to block arms transfers to Saudi Arabia and the UAE that had been approved by the Trump Administration. The introduction of the resolutions comes after the Trump Administration attempted to bypass the authority given to the Senate by the Arms Export Control Act (AECA) to have 30 days to review all foreign U.S. arms sales. In order to do this, the Administration invoked “emergency authority,” a provision within the act that allows for the expedition of a sale. The resolutions appear to have bipartisan support, with co-sponsors including Senator Lindsey Graham (R-SC) and Senator Rand Paul (R-KY). It is not entirely clear why separate resolutions were introduced for different aspects of the sale, however an additional provision of the AECA allows for these resolutions of disapproval to have ‘privileged status,’ meaning that the Senate Foreign Affairs Committee can force votes for each bill on the floor, without Senate Majority Leader Mitch McConnell (R-KY) having the opportunity to keep these measures from the Senate.