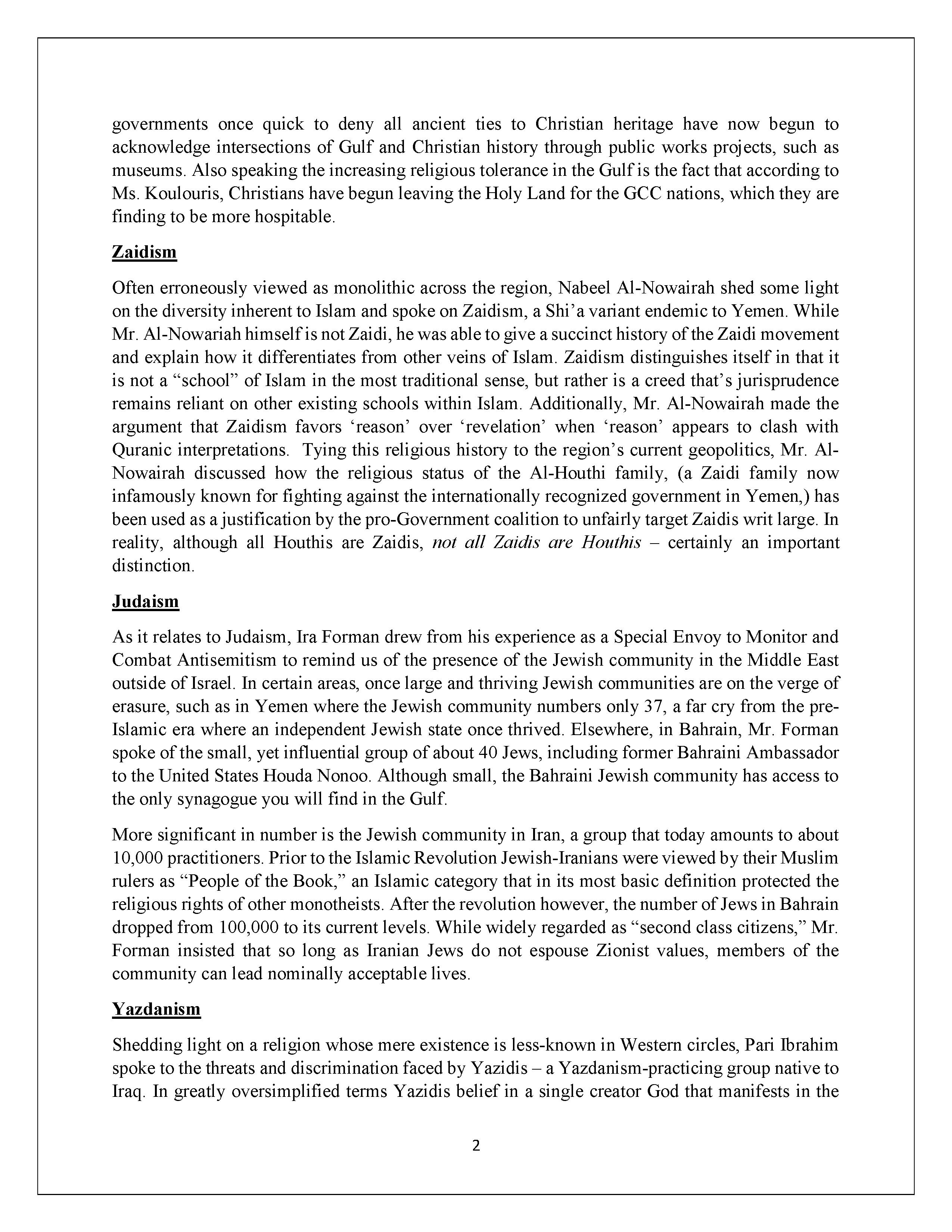 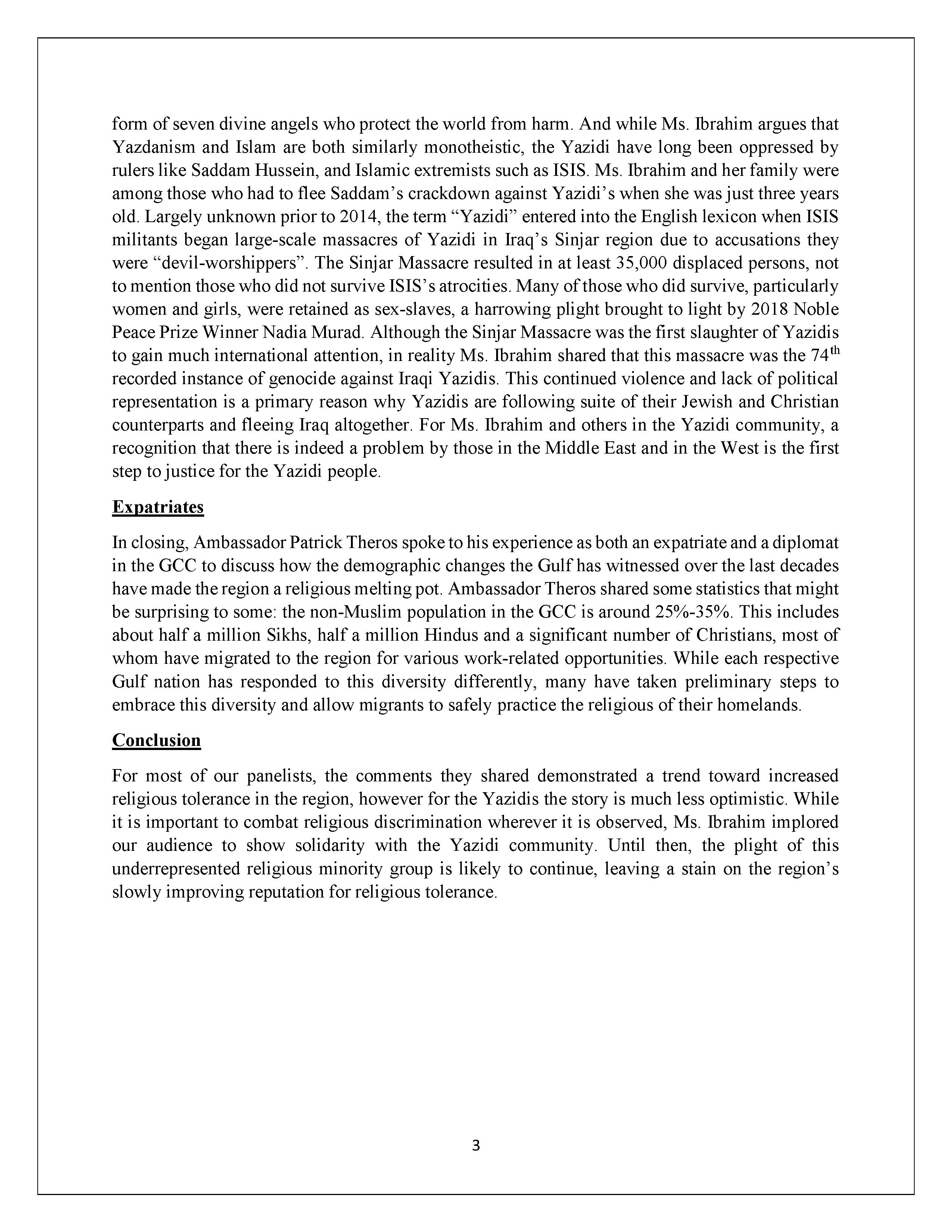 When one thinks of the Arab Gulf, you could not be held at fault for associating the region with the religion of Islam. However, despite these associations, the Gulf region (and the greater Middle East in general) is birthplace to many of the world’s most widely practiced religions. Christianity and Judaism may be global in nature, but they originated in the Middle East and the majority of their adherents lived in the region well past the Middle Ages.  Many of today’s Arabian populations still practice these faiths. Other ancient religions, such as Yazdanism and Zoroastrianism are essentially exclusive to the region and retain small, yet devout followers. And Islam too, the religion thought to be dominant in the region is not monolithic but encompasses many differing and diverse traditions and beliefs far more complex than the oversimplified view of a Sunni/Shi’a divide. On top of this, a significant and growing population of expatriates increases the region’s religious diversity by bringing the religions of their homelands to the Gulf? How does the status of minority religions differ across the region? How does this significant religious plurality affect how the region is governed? While none of these questions have easy answers, please join GIF as we hear from an esteemed panel of experts and scholars who will help us unpack the topic.

Introductory Remarks: His Beatitude the Patriarch of Jerusalem Theophilus III;

His Beatitude the Greek Orthodox Patriarch of Jerusalem and all Palestine, Israel, Syria, Arabia, beyond the Jordan River, Cana of Galilee, and Holy Zion, Theophilus III 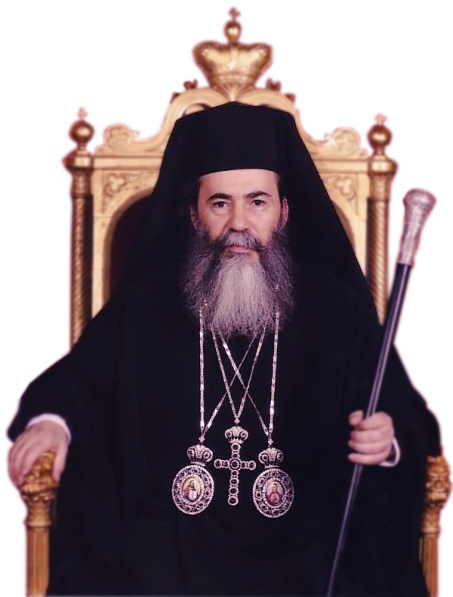 His Beatitude was elected unanimously on 22 August 2005 by the Holy Synod of Jerusalem as the 141st Primate of the Orthodox Church of Jerusalem. He was born in Greece in 1952 and arrived in Jerusalem as a seminary student in 1964 and later entered the Order of the Holy Sepulcher. As an Archimandrite he established the first Christian Church in Qatar in 1996, a conservative state which up until then had banned churches. This opened the door for the establishment, with the support and approval of the Qatari government, of more than a dozen other Christian churches in the country. Prior to ascending to the patriarchal throne, his Beatitude served as Exarch of the Patriarchate in Qatar and later as Exarch to the Patriarchate of Moscow. He also served as Archbishop of Tabor in Palestine. His Beatitude studied theology at the University of Athens and went on to complete a Master’s Degree in Durham. He has studied at the Hebrew University in Jerusalem. Besides his native Greek, he also speaks English, Arabic and Hebrew.

The Honorable Ira Forman – Fmr. US Special Envoy to Monitor and Combat Antisemitism. 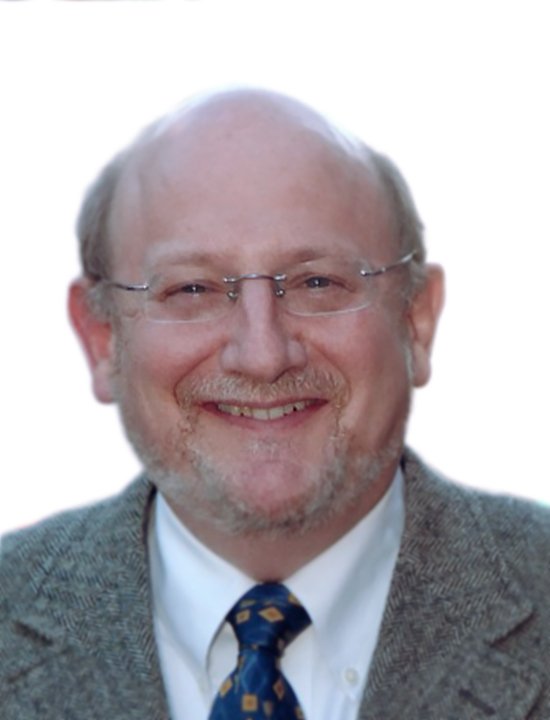 Ira Forman was appointed the U.S. State Department’s Special Envoy to Monitor and Combat Anti-Semitism (SEAS) on May 20, 2013. He continued in that role until the end of the Obama Administration in January 2017. From 2011-2012 Mr. Forman served as the Jewish Outreach Director for the Obama for America campaign. He also served for nearly 15 years as the Executive Director of the National Jewish Democratic Council (NJDC). Mr. Forman received his B.A. from Harvard University where he graduated Magna Cum Laude in Government. He received his M.B.A. from Stanford University’s Graduate School of Business. He co-edited and wrote for the reference book, Jews In American Politics. He has written articles on these topics for the Encyclopedia Judaica and in the past year has authored numerous opinion pieces in publications such as the Washington Post, the Jerusalem Post and New York Jewish Week. Mr. Forman will be discussing his experiences working with Jewish communities in the region. 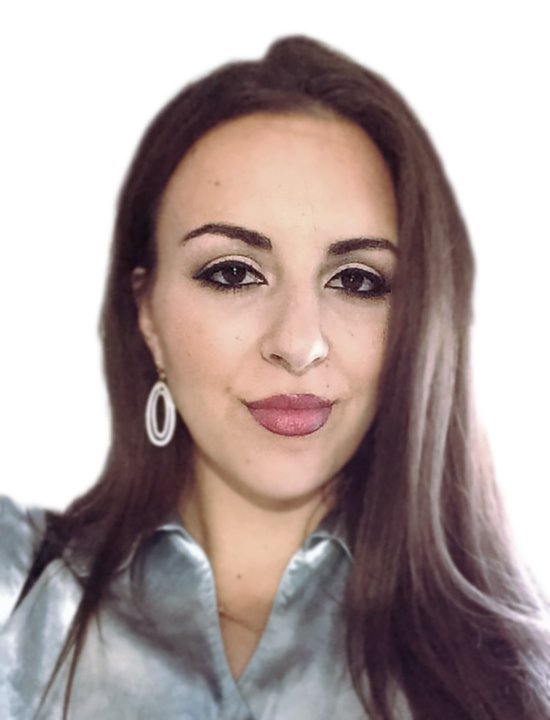 Anna Koulouris, originally from Syracuse, N.Y., is communications advisor and journalist for the Patriarchate of Jerusalem, where she writes articles for various publications, gives lectures to institutions in the Holy Land and abroad, and coordinates projects under the direction of Patriarch Theophilos III. She graduated from Syracuse University in 2010 with a dual degree in Newspaper and Online Journalism and Middle Eastern Studies. In 2009, she participated in an interfaith trip to the Holy Land through Syracuse University and the same year was chosen to participate in a Carnegie Foundation journalism boot-camp in Cairo and Doha, where she wrote an investigative piece for the Huffington Post, “Booming Islamic Antiquities Market in the Gulf leads to thefts in Cairo mosques.” Upon graduating, she returned to Jerusalem on an International Patriarchate of Jerusalem Studies grant from the U.S. Department of Education, and wrote for the PalestineIsrael Journal. She published a policy paper for the EU Peace Education through Media Project, “Media Guidelines for Covering MidEast Conflict.”

Ambassador Theros has held such positions as Political Advisor to the Commander in Chief, Central Command; Deputy Chief of Mission and Political officer in Amman; Charge D’affaires and Deputy Chief of Mission in Abu Dhabi; Economic Counselor in Damascus; and U.S. Ambassador to the State of Qatar. In a career spanning almost 36 years, he also has served in diplomatic positions in Beirut, Managua, Dharan and Abu Dhabi, as well as in the Department of State. During that period, he earned four Superior Honor Awards. After retirement Ambassador Theros served as President of the U.S. Qatar Business Council in 2000-2017. Ambassador Theros will be discussing religious freedoms of expatriates in the region. 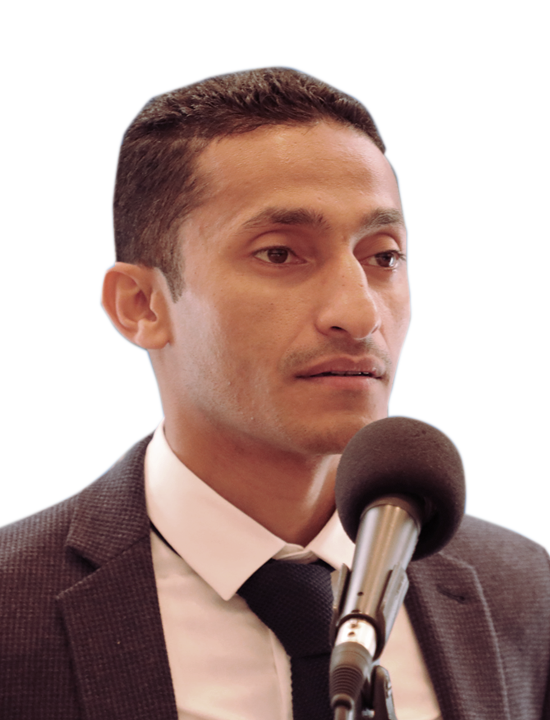 Nabeel Al-Nowairah is a research associate at Gulf International Forum (GIF). Nabeel is a Fulbright scholar and earned his Master’s degree in International Security from the University of Denver. In addition to his interest in Gulf politics and foreign policy, Nabeel focuses on political Islam and counterterrorism. Previously, Nabeel worked for the Yemeni government and for a number of Yemeni and international non-governmental organizations.