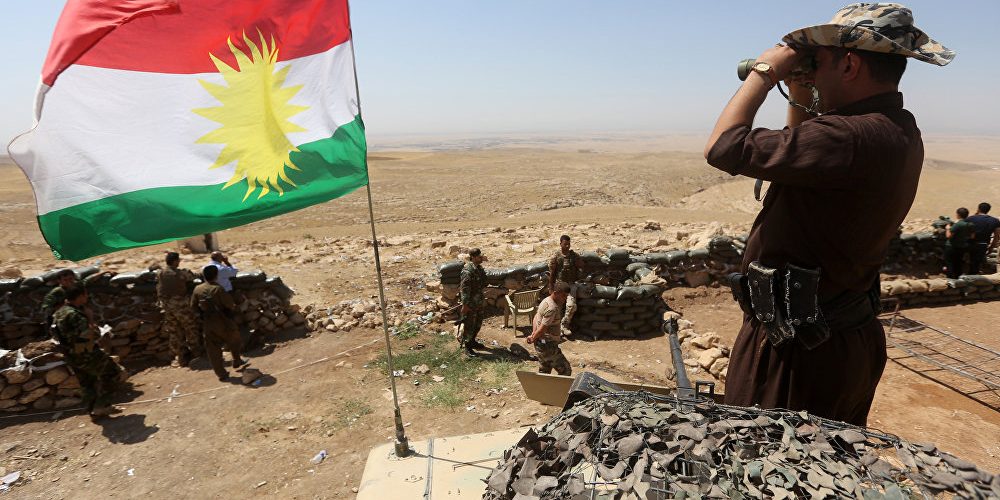 The Iraqi military has said it is preparing to take control of the autonomous Kurdistan Region’s only border crossings with Turkey and Syria.

A statement said a delegation had visited the Ibrahim al-Khalil and Fish Khabur posts to determine requirements.

Turkey’s prime minister said troops had been deployed at Ibrahim al-Khalil, but that was denied by Kurdish officials.

Baghdad said it wanted control of all crossings after the Kurds held a controversial independence referendum.

The referendum was also opposed by Iran and Turkey, which both have sizeable Kurdish minorities, the UN and the US, a key Kurdish ally.

Turkey’s state-run Anadolu news agency reported that Turkish and Iraqi forces, who have been participating in joint military exercises since mid-September, moved towards the Turkish-side of Ibrahim al-Khalil crossing on Tuesday morning.

Later, Turkish Prime Minister Binali Yildirim told members of his AK Party in parliament that the “border gate has been handed over to the central government”.

An Iraqi border police captain also showed Reuters news agency photos of the Iraqi flag flying at the crossing, saying that it was “officially under the full control of the Iraqi government”.

However, an Iraqi military statement confirmed only that a delegation led by the army’s chief of staff, Lt Gen Othman al-Ghanmi, had visited Ibrahim al-Khalil and Fish Khabur to “determine the military and security requirements” for taking control.

The Kurdish official in charge of the crossing also denied that it had been handed over, while a senior aide to outgoing Kurdistan Regional President Massoud Barzani said the reports of Iraqi and Turkish troops taking control were “baseless”.

Hoshyar Zebari, an adviser to the Kurdistan Regional Government, told Reuters discussions to allow Iraqi “oversight” at the border were ongoing.

Iraq’s entire border with Turkey is officially located within the Kurdistan Region.

The Fish Khabur crossing with Syria is also inside the region. The Syrian side is controlled by a US-backed Syrian Democratic Forces (SDF) alliance, which is led by the Kurdish People’s Protection Units (YPG) militia.

In the past two weeks, Iraqi pro-government forces have recaptured most of the disputed territory that was seized by Kurdish Peshmerga forces in 2014 after the jihadist group Islamic State (IS) swept across northern Iraq.

Last week, the Kurdistan Regional Government called for a ceasefire and offered to “freeze” the result of the referendum and start dialogue with Baghdad. But Prime Minister Haider al-Abadi demanded that the result be annulled.