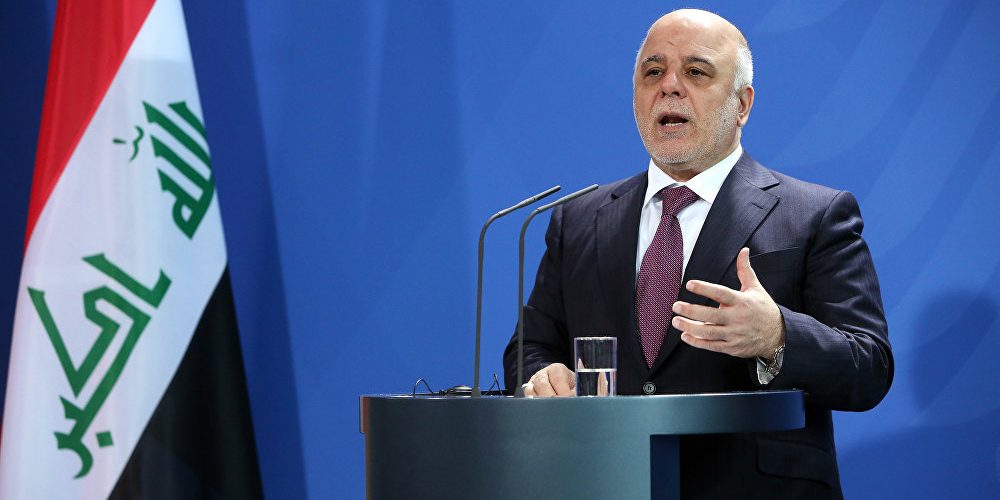 Iraq
Posted On: January 3, 2018
6 minutes read
For the past three years, Iraq has been held together by one common goal: the defeat of the Islamic State. In pursuit of this objective, the United States provided air support to Iranian proxies; Baghdad made concessions to the Kurdistan Regional Government (KRG) over disputed oil exports; and political parties contained protests against rampant corruption to preserve a sense of unity. This balancing of tensions, a consensus of sorts, saved Iraq. Then, on December 9, Haider al-Abadi, the country’s prime minister, gave a televised address in which he declared “final victory” over ISIS—effectively ending the consensus. Now, the question is whether he can tackle the myriad challenges rushing to greet him.

Pessimism would seem appropriate. The KRG has already made one bid for independence. Splinter groups from ISIS and local militias are conducting attacksand assassinations in Diyala province. Insurgency is flaring across the disputed territories, a strip of land running from Khanaqin on the Iranian border through Kirkuk which is contested between the KRG and Baghdad. Organized crime is strangling Basra, and Iraq’s anti-corruption commission is struggling to enforce its writ. Then there is the matter of the Popular Mobilization Forces (PMF), a coalition of volunteer formations and militias, some of which are beholden to Iran. In 2015, Abadi ordered that all of its units be placed under his office’s command in the fight against ISIS. The PMF’s existence stands as a pointed reminder that Abadi’s government is a long way from establishing unqualified control of Iraq. And yet his decision to declare the end of the war against ISIS must be seen as a sign of confidence.

Such confidence was difficult to imagine when Abadi was appointed as Nouri al-Maliki’s replacement following the rout of Iraqi forces from Mosul in 2014. Abadi was a compromise candidate, respected for his competence but viewed as unthreatening to Baghdad’s political factions. As the former British diplomat Gerard Russell put it, Abadi “would probably not have been put forward without the approval of the Americans and the Iranians.”

But Abadi has shown a knack for getting things done. In the summer of 2014, for instance, after Iraqi forces evacuated the area around Kirkuk in their retreat from Mosul, Kurdish peshmerga occupied the disputed territories and laid claim to the country’s largest oil field. Baghdad had no choice but to accept the situation, and came to an agreement with the KRG to divide oil revenues. The subsequent Kurdish defense of these territories against ISIS allowed the Iraqi army to regroup and eventually turn the tide.

When the KRG announced its intention to hold an independence referendum this past summer, the oil-sharing agreement unraveled. For the cash-starved KRG, independence would be financially viable only with the oil revenues. Abadi, meanwhile, needed every dollar available to finance reconstruction. Hardliners in Baghdad and the KRG agitated for military action over what both deemed their sovereign wealth. War seemed likely.

While Abadi did resort to military force, he did so with restraint, targeting key oil installations and strategic military positions. It proved a success. After the operation, Kurdish leaders came to the negotiating table—an outcome thanks largely to Abadi’s deal making. In Baghdad, he convinced hardliners that Kurdish independence could be halted with limited military action, because of the KRG’s reliance on the Kirkuk oil field. Abadi also won the acquiescence of Iraq’s Shia clerical establishment by arguing that the campaign was a defensive one, aimed narrowly at recovering the country’s sovereign assets and upholding the constitution after the Supreme Court declared the Kurdish referendum unconstitutional. The crucial element, however, was Abadi’s outreach to the Patriotic Union of Kurdistan (PUK), one of the two main Kurdish parties that make up the KRG, whose forces were defending Kirkuk. Faced with superior Iraqi forces and trusting in Abadi’s assurances that the operation would be a limited one, the PUK made a tactical withdrawal.

Abadi took a serious risk in allowing Iran-aligned PMF units to play a central rolein the operation. One unit, Asaib Ahl al-Haq, conducted over 6,000 attacks on coalition forces during the U.S. occupation of Iraq. According to Human Rights Watch, it has since been responsible for massacres of Sunnis. The KRG was quick to point to these PMF units as proof that Abadi was giving Iran free reign, potentially provoking U.S. objections. The following month, U.S. Secretary of State Rex Tillerson demanded that these units “go home.” If Abadi avoided blowback for the role these units played, it was because he was perceived as powerless to prevent it.

But Abadi’s control over the PMF is frequently underestimated. His handling of the PMF in Kirkuk may well portend a longer-term plan to strengthen his hold on the organization. During the fight for Mosul, he assigned specific PMF units to specific sectors—for instance, using units close to the government to block units like Asaib Ahl al-Haq from entering sensitive areas. But in Kirkuk, Abadi appeared to have enhanced, rather than restrained, the role of the Iranian proxies. In the 48 hours before the retaking of Kirkuk, several PMF units closely aligned with the Iraqi government were moved from their positions just south of Kirkuk to the front lines against ISIS on the country’s western border.

In this way, Abadi divided the supposedly “good” PMF—those valiant Iraqis fighting ISIS—from the “bad”—the rogue militias with foreign connections. While such a characterization is crude and simplistic, it presents Abadi as a leader able to confront the PMF. Many of his opponents have criticized him precisely because of the limited control he has previously exercised over the PMF.

“Disarming the PMF is the prime minister’s job; it is an institution that is controlled by him,” Hannan Fatlaawi, an Iraqi parliamentarian and an Abadi critic, told me. “When Abadi gives a clear instruction for the PMF, it must obey. Otherwise the government should take measures against them.”

However Abadi chooses to confront Iran’s proxies, Tehran’s response will be critical. There is a widespread assumption that Iran is determined to replicate the successes of Hezbollah in Lebanon across the Middle East. In Iraq, however, Iran’s involvement has likely peaked, increasing the odds that Abadi will come to an arrangement with Tehran. “Tehran’s objectives are divided,” the Royal United Services Institute’s Aniseh Tabrizi told me. “They want to mobilize forces to support the Syrian government, but they also want to defeat ISIS, and secure their border.”

Read full article by Jack Watling on The Atlantic, January 2, 2018.