Washington state’s Jay Inslee (D-WA) became the first Governor to join the ever-growing field of Democrats gunning for the nomination in 2020.  As a Governor, Inslee has had significant leeway as to the extent to which he can use his state-wide office to delve into international issues. However, with Seattle being a prominent internationally-known city hosting headquarters of some of the world’s largest corporations (Amazon, Microsoft) in some respects Inslee’s hand may have been forced. Still, the Governor has become one of the most impassioned voices on the topic of climate change, a subject that has required him to develop an international presence.[1] This variety of factors put Seattle, (and Governor Inslee) on the itinerary of Saudi Crown Prince Mohammed bin Salman who visited the city as part of his March 2018 tour of the United States. However, Inslee’s maneuvering to avoid meeting with the Crown Prince due to city-wide protests of his visit evidences how a potential President Inslee may take cues from liberal activism as it relates to certain foreign policy issues. Still, Inslee may face accusations of duplicitousness, as he has actively sought to court international orders for Boeing’s Seattle plant, many of which have been Arab Gulf purchases. 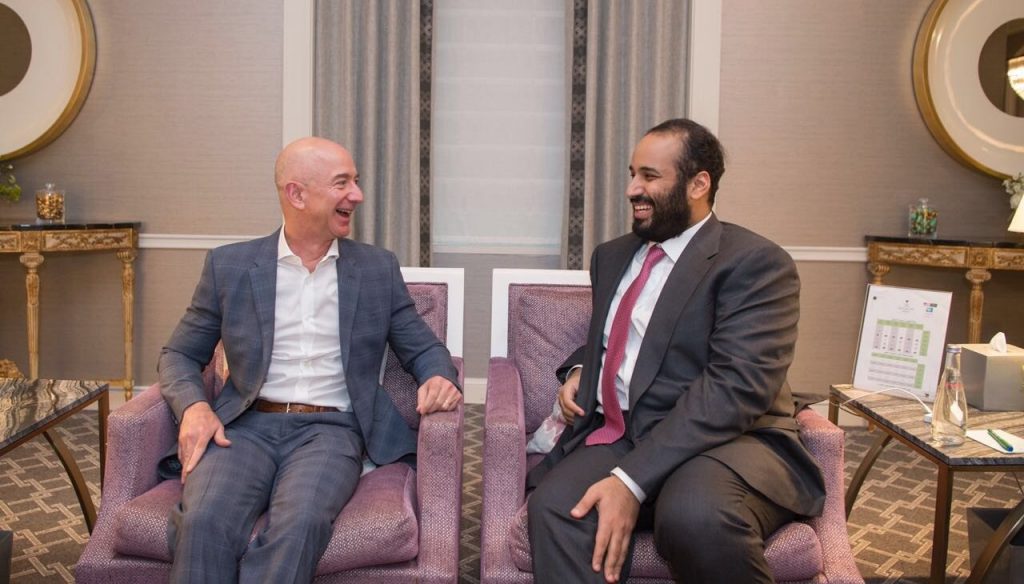 While MbS was visiting Seattle and meeting with the likes of Microsoft’s Bill Gates and Amazon’s Jeff Bezos, Inslee perhaps displayed a level of political foresight that has only become more apparent since the fallout of the murder of Jamal Khashoggi. Upon announcement of the visit, the Seattle Times ran a headline announcing to the city that an “autocrat” would be visiting.”[2] Such attitudes toward the young Crown Prince resulted in resistance to the visit from some in Seattle, including a Yemeni-American health worker who told reporters, “It is disheartening that many U.S business are turning a blind eye to his atrocities as long as he pays.”[3] Not joining MbS for any meetings was Governor Inslee, who had appeared on a draft of the Crown Prince’s itinerary, however ultimately declined to meet with him citing a conflict with a trip to Yakima. While it is only speculation to question the genuineness of Inslee’s “busyness,” local reporters took that liberty, with the Seattle Times commenting on the sudden change of scheduling, “With the controversial backdrop of the Yemen conflict, local politicians did not scramble to rearrange their schedules in order to meet the crown prince.”[4] Given Seattle’s resistance to the MbS visit, it is fair to question what level of influence such criticisms had in explaining the scheduling changes that prevented Inslee from publicly welcoming MbS to his state. With hindsight being twenty-twenty, the increased criticism brought to the Saudi Crown Prince due to the October 2018 murder of Jamal Khashoggi will undoubtedly make Inslee glad there does not exist a smiling photo-op of the two leaders. Equally pleased will be anti-Yemen war activists, who may see an opening to maintain a level of influence with Inslee as he further formulates a foreign policy.

Still, despite this apparent political acumen, Inslee has long been a defender of Seattle’s booming aerospace industry, including the likes of Boeing which has drawn scorn for selling weapons to the Arab Coalition fighting in Yemen. In 2016, Inslee released a five-point plan to boost Washington’s aerospace efforts, one point of which was boosting support for exports.[5] Inslee’s support for exports extends even prior to this announcement, and was demonstrated by a $9 billion dollar tax break to Boeing signed into law by Inslee to ensure that the 777x jet was manufactured in the state.[6] First purchases of the 777x were by Emirates Airways, whose $70 billion-dollar order of the jets remains the largest in commercial aviation history.[7] It is important to point out Boeing’s Seattle facilities manufacture civilian aircraft, however, given Boeing’s extensive production of military equipment, skeptics may be less willing to make a distinction.

Even if the commercial uses of Seattle’s Boeing contracts protect Inslee from the ire of Yemen War critics, the 777x tax-breaks still resulted in tension between another group historically linked to the Democratic party: labor unions. Unlike workers at Boeing’s South Carolina manufacturing facility, Washington’s unionized machinists expressed strong opposition to the contract presented to them by Boeing and threatened to derail the legislature’s efforts to entice Boeing over the company’s proposal to roll over pensions into a 401k-style arrangement.[8] Ultimately the union agreed to the contract by a 51% margin due to a few bonuses added by Boeing in response to the deal. Even still, in the process Governor Inslee “took heat for appearing to urge the machinists to vote in favor for Boeing’s latest offer.” Reportedly, due to the appearance of his having sided with Boeing, union leaders refused an invitation to attend the governor’s Christmas party. When commenting on the machinists’ approval, Inslee pointed to the global ramifications of the deal saying, “Tonight, Washington state secured it’s future as the aerospace capital of the world.” [9] In addition to the Emirates, Saudi Arabia, and Qatar have also reportedly been eyeing the 777x, perhaps allowing Inslee to consider the deal a ‘mission accomplished.’[10][11]

With his track-record in mind, it is clear Governor Inslee has an intuition in line with the progressive anti-Yemen war activists in the Democratic Party, and as President would translate his initial avoidance of MbS to a policy that opposes the War in Yemen altogether. However, for some, Inslee’s coziness with Boeing may lead to accusations that his opposition to the war is a surface-level policy. In a third camp however are machinists and workers, some of whom may also view Inslee as in the pocket of international companies. Others still may see his work as Governor securing long-term contracts as evidence of his ability to secure American jobs. And as for his climate change efforts, it is unclear what Inslee’s climate agenda could mean for the Arab Gulf’s petroleum industry. However, with the entirety of the Gulf being put at significant risk due to climbing global temperatures, there indeed may be an opening for a President Inslee to collaborate with Gulf rulers on this issue.

[2] Dominic Gates, “Saudi Crown Prince, Both a Reformer and An Autocrat, Will Visit Seattle,” The Seattle Times, March 22, 2018.