Today, Turkey’s incumbent President Recep Tayyib Erdogan was sworn in as the first President of Turkey to be granted extended powers following the constitutional amendments that were approved in April 2017. Erdogan was re-elected to a five-year presidential term after receiving nearly 53% of votes.[1] In a high voter turnout reaching about 86%, President Erdogan’s sweeping win saved him from needing to contest a runoff, as he secured the absolute majority threshold of 50%. Erdogan’s main competitor in the presidential elections, Muhrrem Ince, conceded following reports of the initial results.[2] During the campaign, Muharrem promised to work to restore good relations between Turkey and its neighbors, including the Assad government in Damascus,[3] a major shift from Erdogan’s foreign policy. The results of the election will likely not change Turkey’s position toward the ongoing turbulences in the Gulf region – the Gulf Crisis, JCPOA and the war in Yemen. However, it is expected that the Gulf region states will react differently to the sustained status quo in Turkey evidenced by Erdogan’s win, a political figure who is viewed through different lenses by each Gulf state.

Erdogan’s first term, under the new constitution, comes after last year’s referendum in which Turkey shifted from a parliamentary to a presidential system and extended powers to the executive post by abolishing the position of prime minister, centralizing power in the Turkish presidency by appointing senior officials and declaring a state of emergency. Erdogan’s Turkey showed harmony with political Islam in the region. His apparent ease has differently impacted his relationship with the Gulf states, particularly with the UAE, Qatar and Saudi Arabia. Except for in Syria where Turkey and the Arab Gulf states rallied on one side against Assad and Iran, Erdogan has repeatedly opposed some Arab Gulf States’ positions toward other regional political issues. In some cases, this led to direct or indirect involvement by Turkey in Gulf state affairs.

Under Erdogan’s leadership, Turkey carried out several military operations inside Iraqi Kurdistan against the Kurdistan’s Workers Party (PKK). In 2015, when the Saudi-led Arab Coalition announced its operation in Yemen, Turkey did not join the coalition and showed only modest support for the operation. Later, in June 2017, when the Gulf Crisis broke out between Qatar, UAE, and KSA; Turkey chose to back Qatar, and opened supply-routes to help lessen the impact of the embargo. In another show of support to Qatar, Erdogan immediately sent troops to deter possible military actions against the small state.[4]  Yet, the most significant disagreement in the Turkey-Gulf states saga erupted after a failed July 2016 coup attempt against Erdogan. Upon the restoration of normalcy, pro-Erdogan Turkish media purported that the UAE funded the coup attempt.[5] The tension later came to surface when Erdogan retaliatorily spoke out against the UAE after a tweet by the Emirati Foreign Minister accused an Ottoman leader of having looted Medina during World War One. [6] 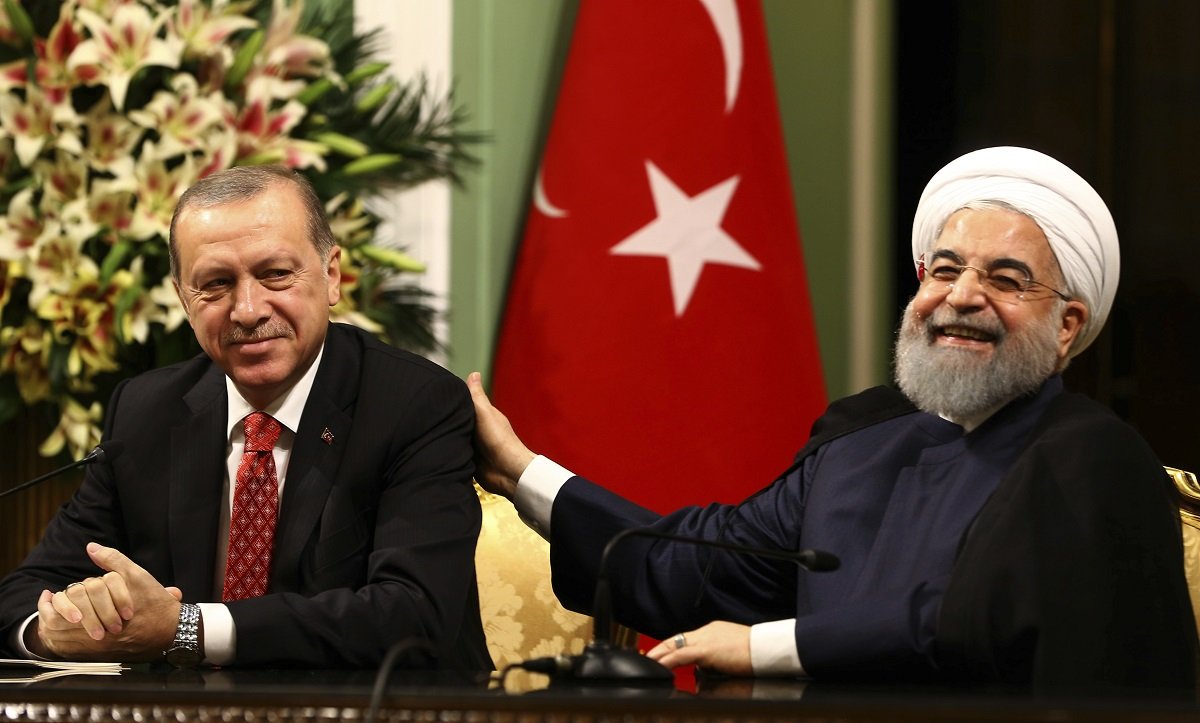 On the contrary to its relations with Arab Gulf states, Ankara continues to show a great deal of pragmatism and flexibility in its bilateral relations with Tehran, even though the two countries fiercely disagree, (and back different sides) in Syria. Both countries have expedited trade relations, amounting to a more than $10 billion trade deal total by February 2018.[7] Also, unlike most of the Arab Gulf states, Erdogan opposed the US decision to withdraw from the JCPOA announcing that Ankara’s relations with Tehran would not be bound by the US’s re-sanctioning of Iran.

Seen by Abu Dhabi and Riyadh, President Erdogan’s re-election can be interpreted against their interests as Turkey will continue to serve as a foreign policy challenger. Meanwhile, Doha, still facing an economic and political embargo by its neighbors, might view the victory as a confirmation of its deep-rooted alliance with a major power in the region. While Iran is not in complete alignment with Turkey over regional issues, Erdogan’s win in the presidential elections has been well received by Tehran. This comes in the context of heating regional conflicts between Iran and Saudi Arabia. Considering Turkey’s relationship with Saudi Arabia has been disturbed recently by conflicts of foreign policy agendas, the reality of Erdogan as the Turkish head of state within a strengthened presidency for the next five years, (underscored by the prospect of a second term granted to him by the new constitution), necessitates that the Saudi-Emirati alliance will have to shrewdly handle their relationship with Turkey in order to prevent any  further alienation of Erdogan towards their regional competitors.