Qatar recently announced a series of reforms related to the legal status of the countless expatriates who live and work in the country. In doing so, Qatar became the first of the Gulf Cooperation Council (GCC) member nations to officially offer a path to permanent residency for expatriates, create a national legal framework for political asylum, and abolish the controversial exit-visa requirement. These three major alterations to Qatar’s expat-related domestic policy were likely motivated by two factors: the ongoing Gulf crisis, as well as Qatar’s upcoming role as the host of World Cup 2022.  A byproduct of these reforms will be the enhancement of rights for women and laborers relative to their counterparts in other GCC states.  However, while the new laws are a tangible sign of progress for both of these groups, the reforms’ restrictive nature leaves their struggles incomplete. In spite of this, these reforms, however imperfect, offer an opportunity for advocates of reform to leverage these small gains into significant improvements. To do so requires that their proponents ensure that such changes resonate with the states’ broad development goals.

Aspects of the permanent residency law remain relatively exclusionary and will likely only benefit those who have already succeeded in integrating into Qatari society. To be eligible for a permanent resident status, a Qatari-born applicant must have lived in the country for ten years; a timeframe lengthened to twenty years for those born outside the country. Additionally, an Arabic fluency requirement remains a challenging litmus test for those looking to take advantage of the new law. Eligibility under the law is also linked to good conduct and reputation, and explicitly requires a permanent record free from convictions related to one’s honor or integrity.

Despite these stringent requirements and eligibility conditions to obtain permanent residency, the law could be considered a step in the right direction for Qatari women rights. The legislation also offered permanent residency for Qatari women’s non-citizen children and husbands and exempted them from the eligibility conditions.  In other words, while women cannot give citizenship themselves, they can now essentially grant their loved-one’s permanent residency. This is an improvement over their previous status. The inability of women to pass on citizenship certainly remains a large blemish on Qatari society,[1] a restriction present across GCC societies.

In response to criticism of strict laws that forbade expats from leaving Qatar without permission from their sponsors, the new residency program nullifies the exit visa requirement on foreign workers. Before this development, Saudi Arabia and Qatar were the only GCC States with a mandatory exit visa system.[2] Such a change apparently aims to improve the situation of low-skilled laborers. The new law, however, is not without its shortcomings, giving employers right to retain exit authority over 5% of their employees.[3] 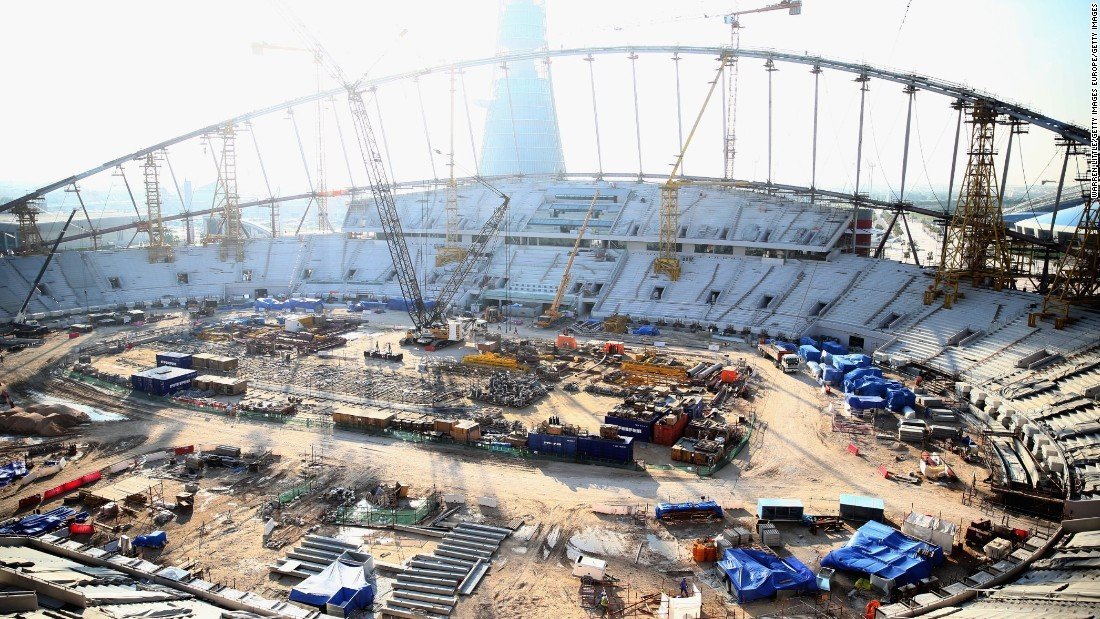 Qatar’s moves can be seen as a response to the frequent criticism from human rights groups due to the working conditions of low-income foreign laborers at World Cup facility construction sites. Such criticisms are only heightened by the Gulf’s harsh natural environment, which pushed Doha to amend the working hours to avoid the scorching sun that on more than one occasion have resulted in fatalities.[4] That Qatar has begun instituting such reforms ahead of World Cup 2022 indicates that Doha could be looking more into improving its human rights record and international image.  Recent events, such as the opening of eight Qatari visa centers throughout south-east Asia and in Tunisia, underscore this notion.

At the same time, it seems that meeting the expectations of western-based human and labor rights organizations remains a challenge for the Qatari government. Critics of labor laws have shown impatience and may not be blind to Qatar’s willingness to discuss and act upon its shortcomings. The main outcome from this pressure has been the Qatari government’s willingness to reform the widely maligned kafala (sponsorship) system. While imperfect, the current laws are a step in the right direction. Human Rights Watch and the International Labor Organization have praised the new reforms, but called for more progressive legislation in this regard. Internally, the Qatar-led World Cup 2022 Supreme Committee pushed the government to issue a charter that aimed to meet international labor rights standards apart from the rights of labor unions. 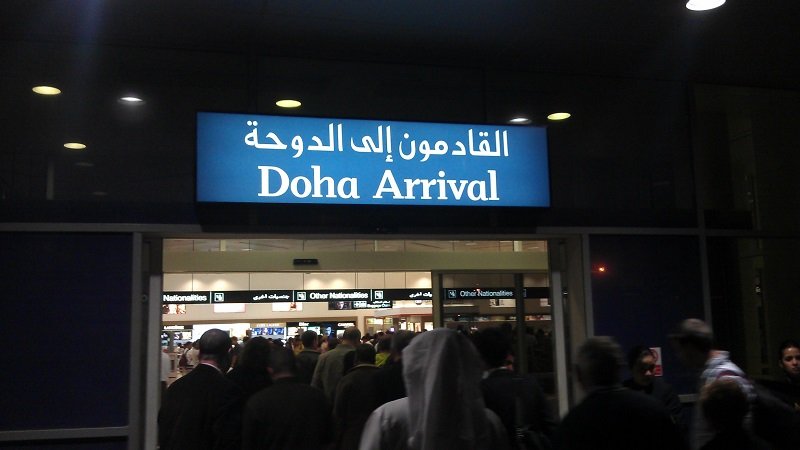 Also included in the reform are new regulations pertaining to political asylum.[5] While the right of political asylum is generally stated in the texts of many Arab constitutions, Qatar is the first and only Gulf state to issue a national law to provide protection to asylees. At the moment, there has been no accessible text made public about the conditions under which this asylum status will be granted. However, Qatar State TV stated that the new law will outline clear conditions by which political asylum applications will be reviewed. These standards include that the asylum seeker has never committed a war crime, has no dual citizenship, and must commit to refraining from political activity upon being granted asylum. If the political asylum request is approved, the refugee shall enjoy the state’s free healthcare system and will be provided proper documents for travel. If a political asylee violates any of the conditions, they might face the risk of deportation to any country of their choice, except for the nation from which asylum was sought.[6] This new law is almost certainly linked to the ongoing rift among GCC states, since the practice of hosting dissidents represents one of the main disagreements between the two sides of the conflict. The new law seems to be upsetting Qatar’s rivals among the GCC, as the Bahraini FM warned in one of his tweets that it will exacerbate the problems between the two sides, stating that “While the four countries offer their clear demands to resolve the Qatar crisis, Qatar is putting obstacles, spreading lies and enacting laws that welcome those conspiring against their homeland, in  clear hostility and clear violation of the Riyadh Agreement.”[7]

In the last decades, Arab Gulf states’ plans to establish modern statehood and build a knowledge economy were not harmonized. The wealth of natural resources and energy required foreign expertise to run the energy sectors; making the Arab Gulf states highly reliant on expatriates. In some Gulf states, the number increased exponentially, making questions of legal status, the delivery of basic rights, and the application of labor laws a burden on Gulf governments and foreign workers alike. The recent Qatari legislation sets a precedent in a region that has faced continued criticism for its immigration policy and resistance to reforms. This situation became a challenge as some Gulf states, like Qatar and the United Arab Emirates, attempted to modernize immigration laws to be in line with international (mainly western) standards. Consequently, these problems have remained entrenched in all Arab Gulf societies since expats continue to make up a large segment of Gulf societies. Even though the Gulf’s labor dilemmas have been viewed through a humanitarian lens, in actuality such problems are much broader and include legal, domestic, international and even social implications.

[1] Most Arab states prohibit women to pass their citizenship to their children.

[7] Khalid bin Ahmed (@khalidalkhalifa) “While the four countries offer their clear demands to resolve the Qatar crisis, Qatar is putting obstacles, spreading lies and enacting laws that welcome those conspiring against their homeland, in  clear hostility and clear violation of the Riyadh Agreement,” [translated from Arabic] September 9, 2018 https://twitter.com/khalidalkhalifa/status/1038885950116569088